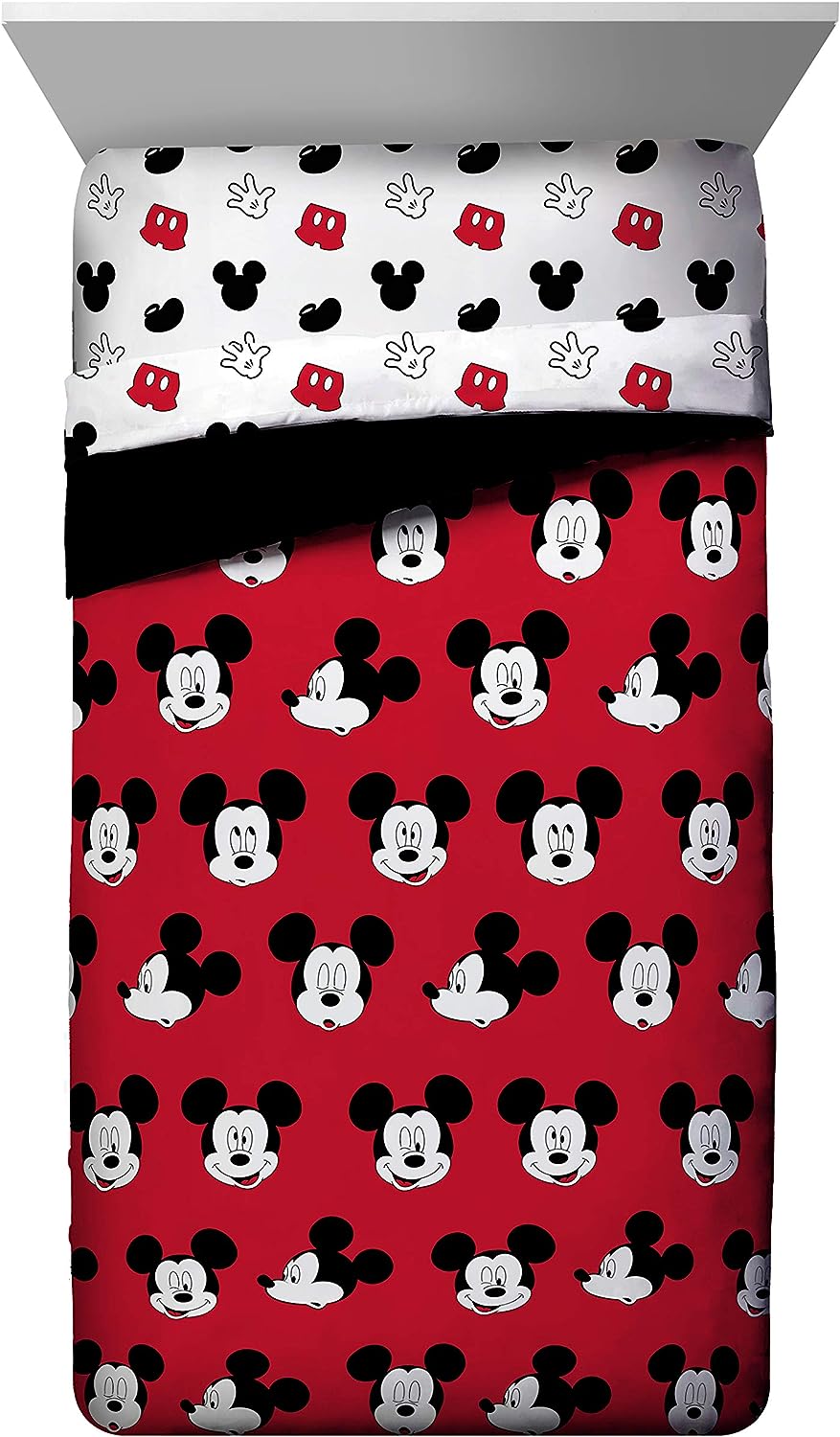 Bring magic of Disney to any child's bedroom with a bold and colorful Disney Mickey Mouse Cute Faces full comforter. Sure to keep you warm, this comforter is stuffed with polyester fill for loft and cozy comfort. Quilt stitching holds fill in place and adds decorative flair. Durable polyester fill is soft, comfy, and warm and holds its shape after multiple washings. Design allows you to instantly change the look by simply flipping the comforter over. Full comforter measures 76" x 86" inched. This is only the comforter, additional bedding coordinates and accessories sold separately. Easy care, machine washable. 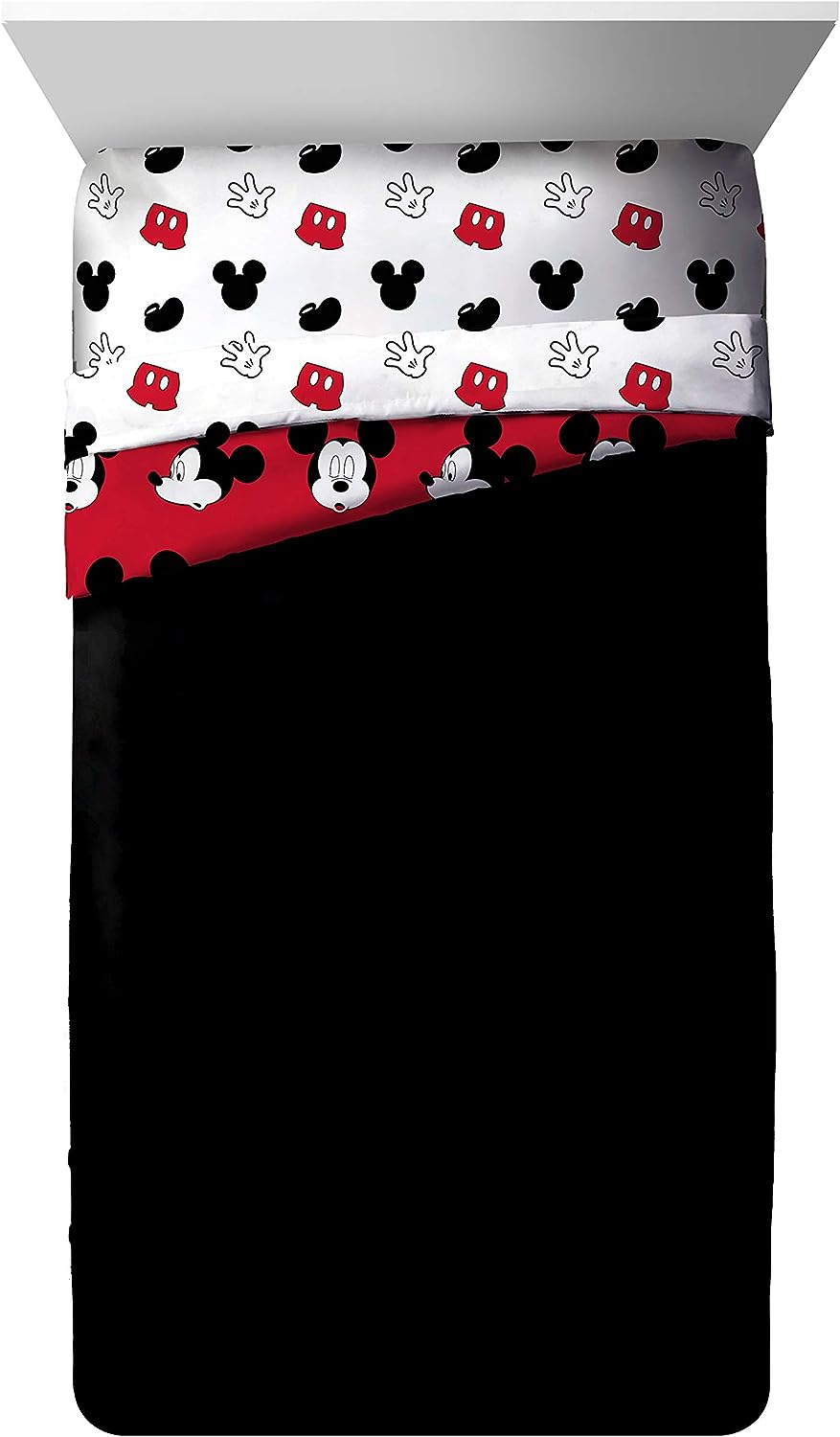 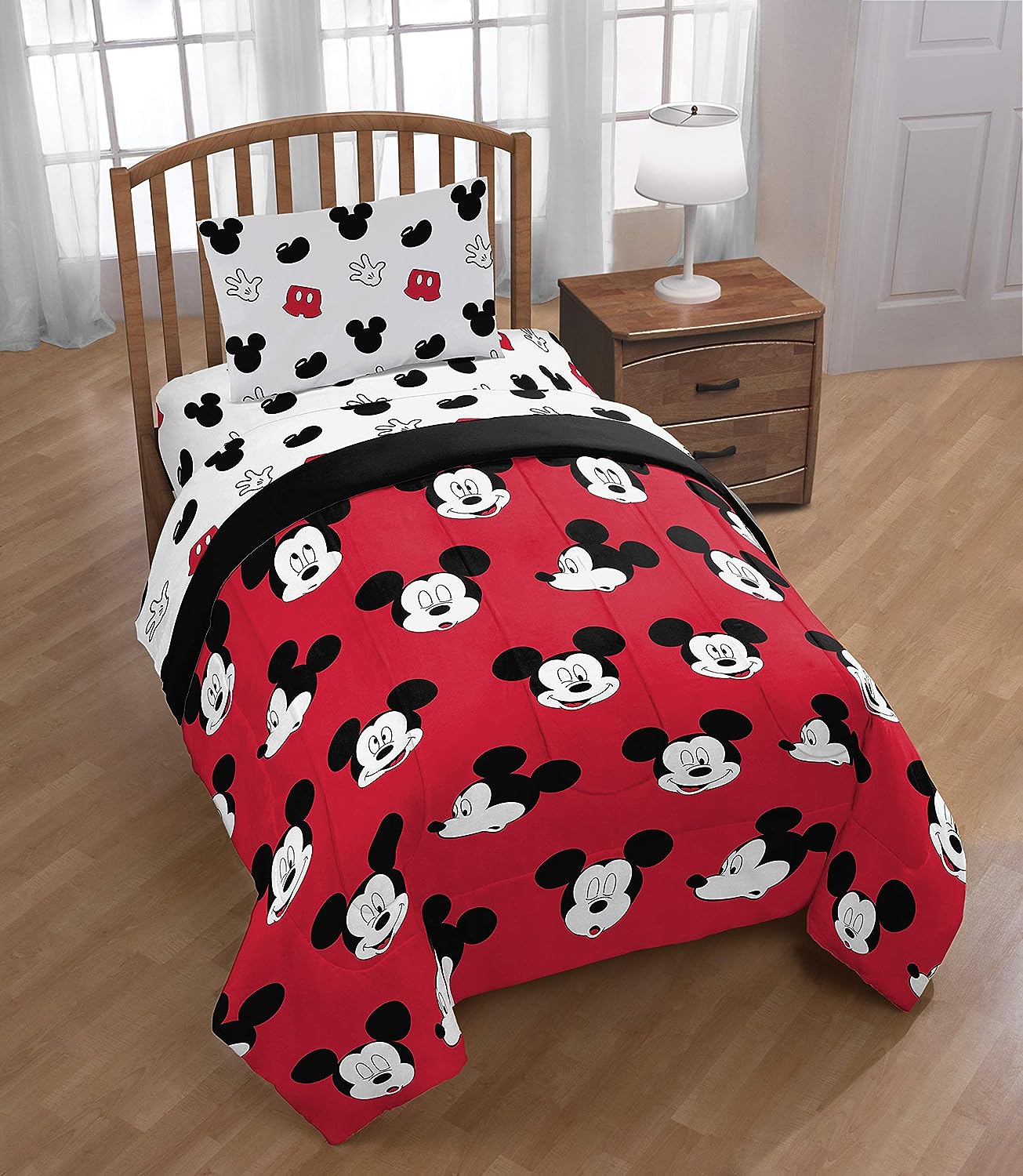 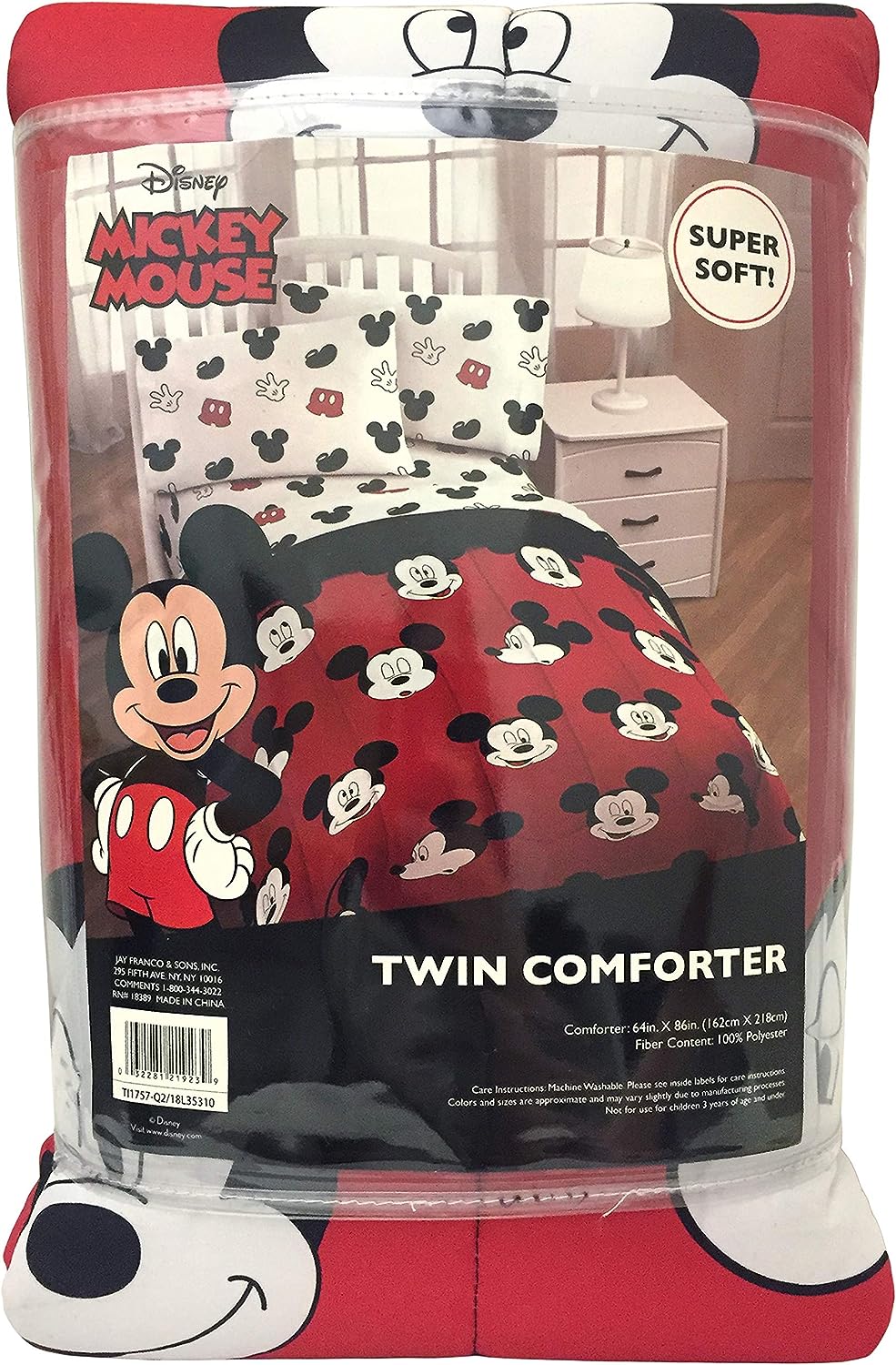