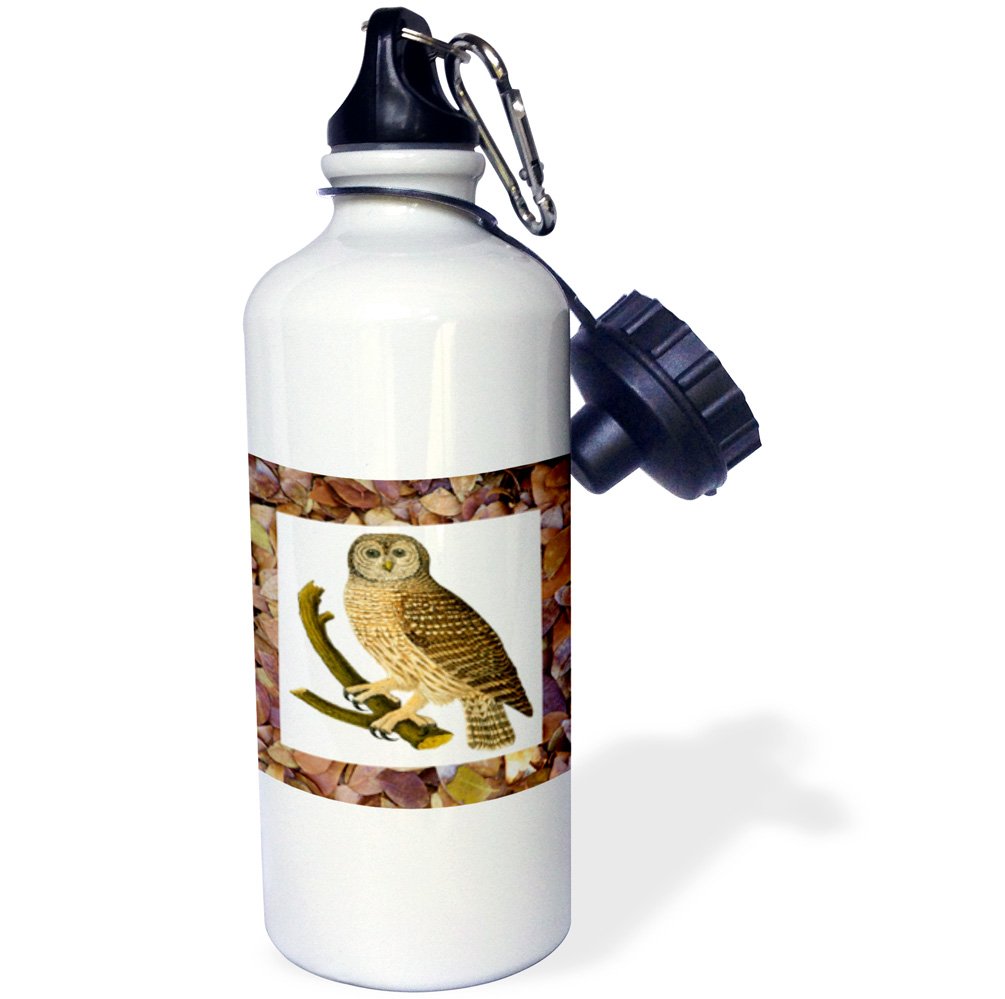 Owl On Fall Leaves Water Bottle is an way to carry your favorite drink to school, work or anywhere you go. This 21 oz stainless steel sports bottle features 2 caps, 1 easy-flow twist on drinking spout and 1 standard twist on cap. Another great feature is the included carabineer clip that allows you to attach your bottle securely. Custom printed high gloss image sublimated directly to white glossy exterior surface. Image on both sides. Color will not run or fade with use. Hand washing recommended.