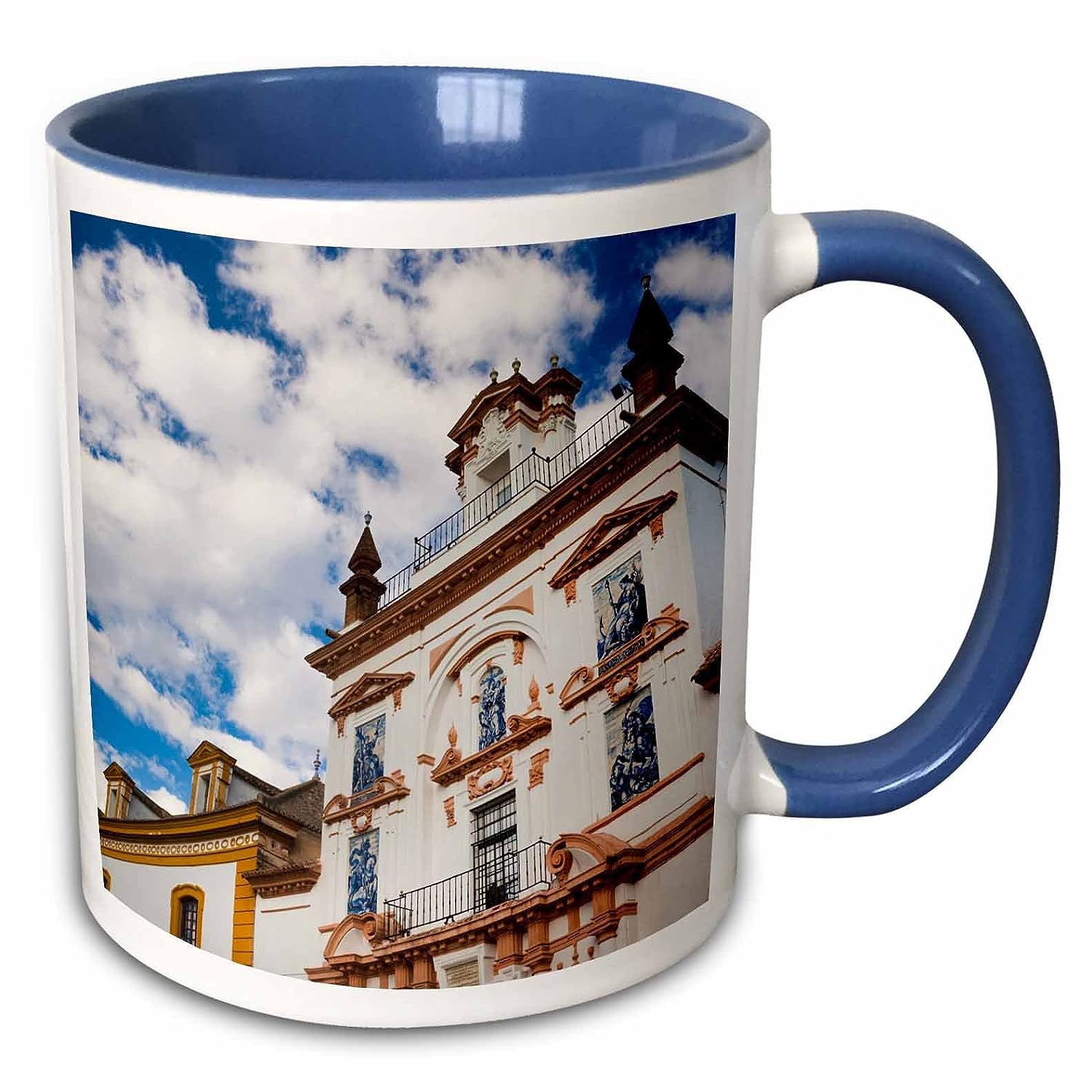 Image printed on both sides. White ceramic mug with blue interior and handle. This is manufactured in United States. 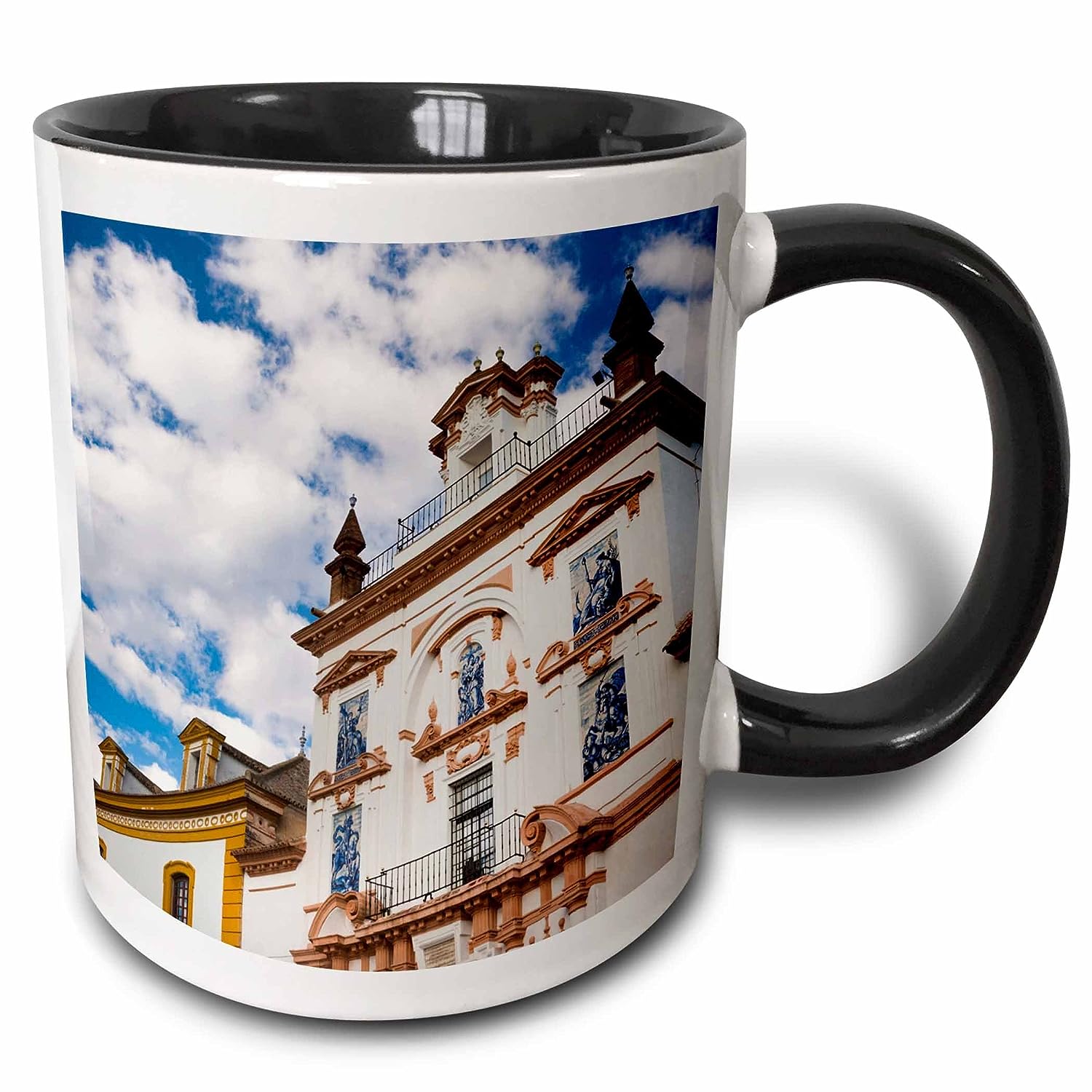 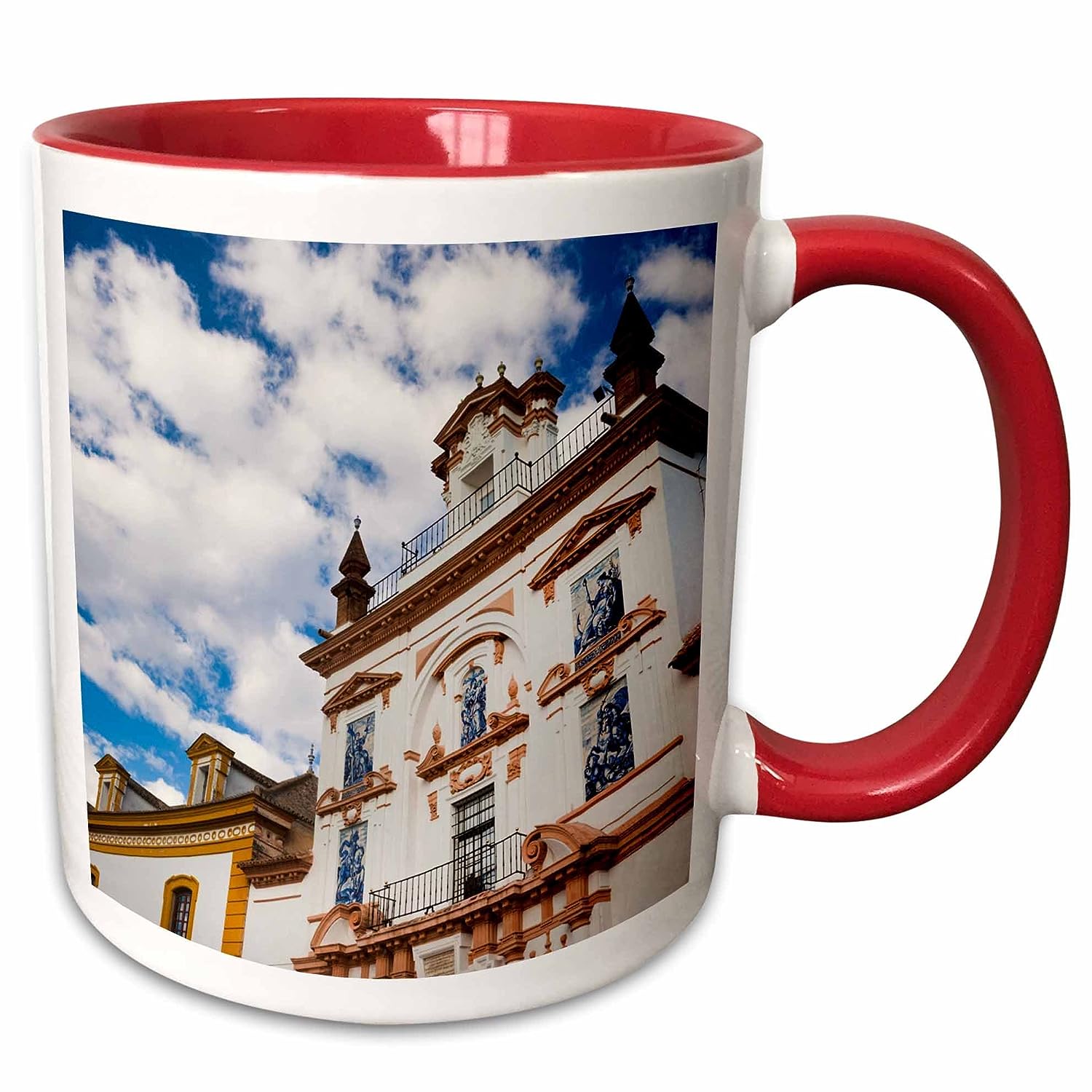 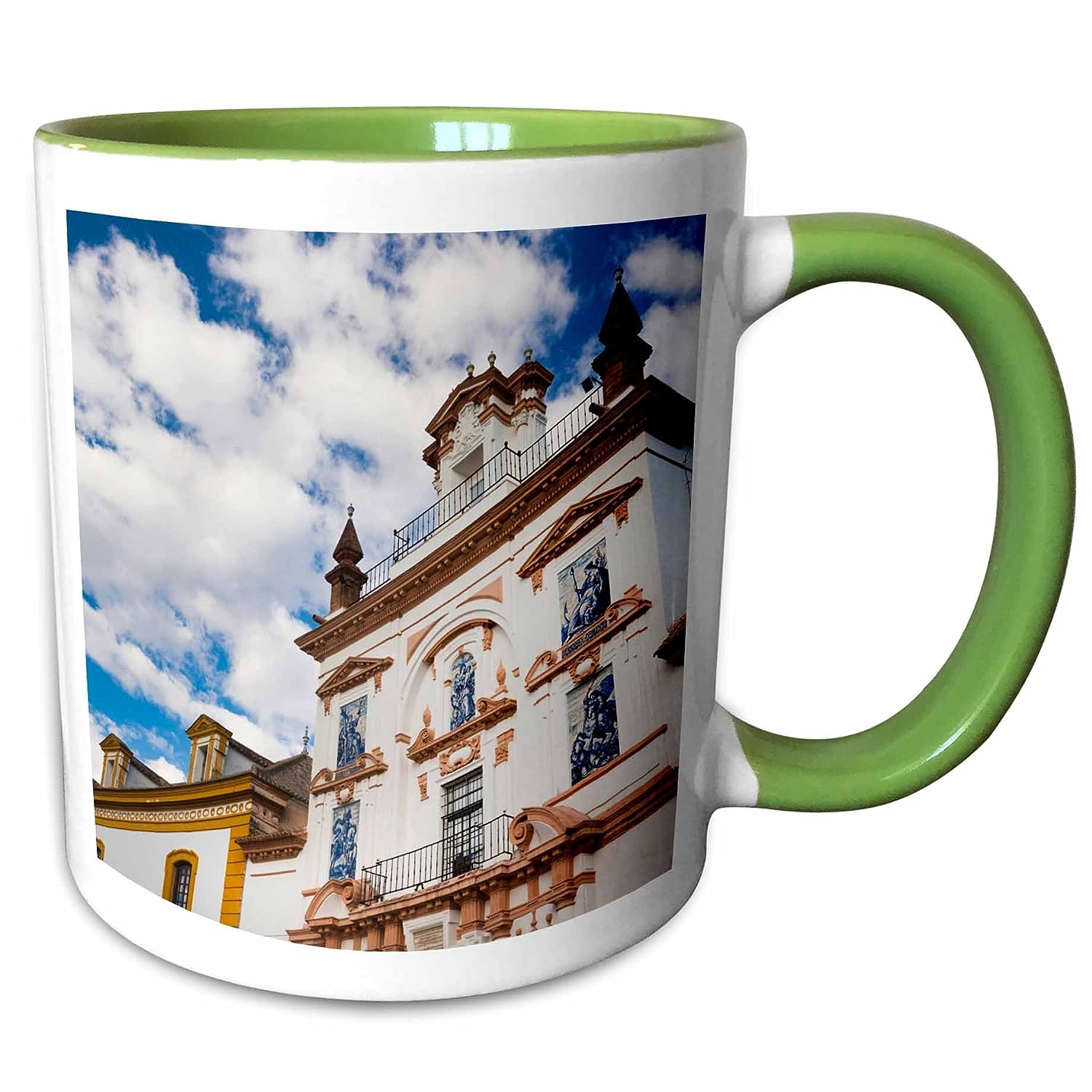 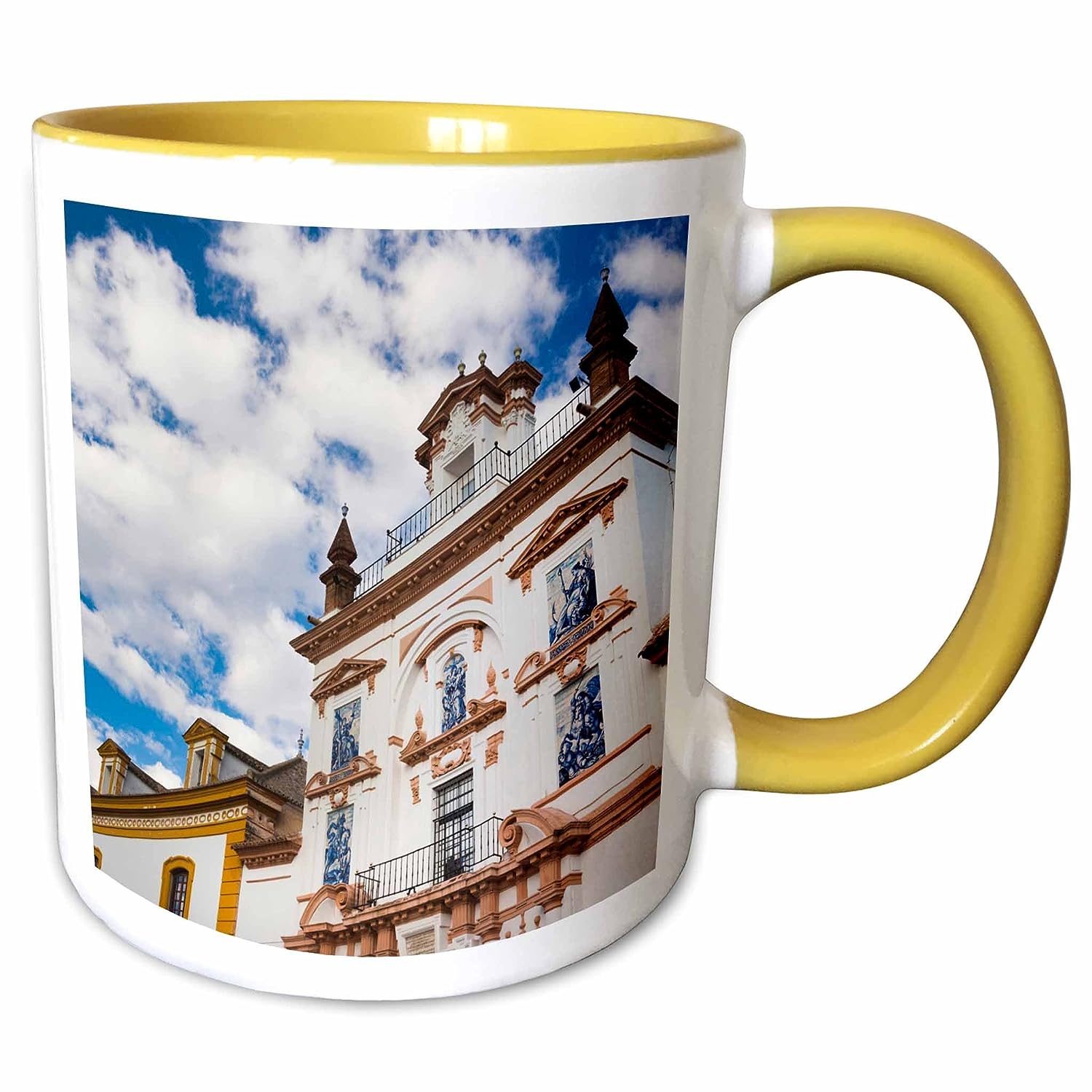