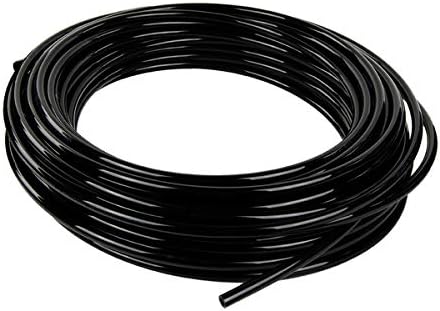 Commonly used for air and water applications.
The Hard High-Pressure Bendable Opaque Black Nylon Tubing for Air and Water Applications is designed to have more range of motion and is impact absorbent. The tubing can be used in temperatures ranging from -60° to 200° F. Tubing is opaque, which will not allow you to see the fluid moving inside.
Inner Diameter: 3 mm
Outer Diameter: 5 mm
Wall Thickness: 1 mm
Bend Radius: 9 mm
Maximum Pressure: 420 psi @ 72° F
Maximum Vacuum: 28 in. of Hg @ 72° F
Color: Black
Length: 25 ft