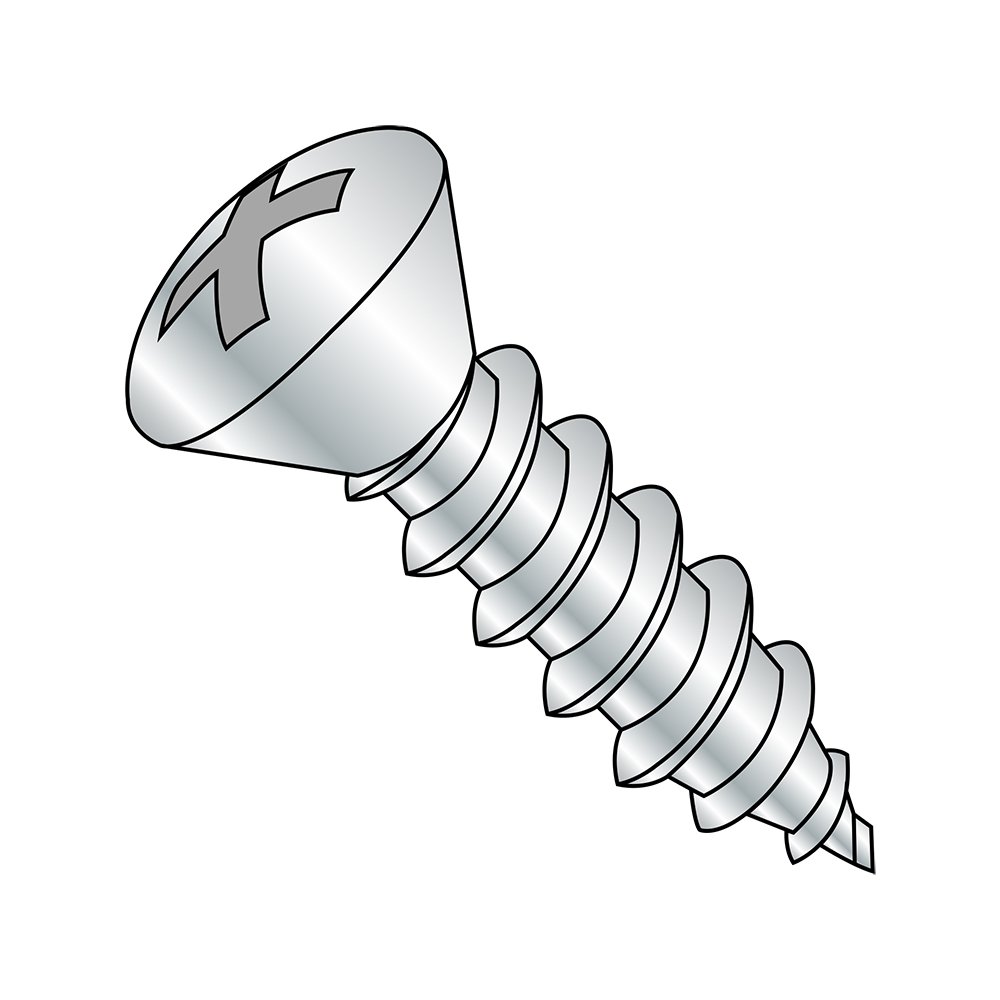 The zinc plated steel sheet metal screw with 82-degree oval head and Phillips drive has a Type AB point for forming threads in thin metals between 0.015" and 0.050" thick and resin impregnated plywood. The Type AB point has the conical tip of a Type A point with the finer spaced threads of a Type B point. Steel is often used in applications where strength is the primary consideration. The zinc plating offers corrosion resistance and has a reflective appearance. The oval head has a 82-degree cone shape for a flush fit in a countersunk hole and has a slightly rounded top that sits above the mated surface. The Phillips drive has an x-shaped slot that accepts a Phillips driver and is designed to allow the driver to slip out of the head to help prevent over-tightening and damage to the thread or fastener.

Sheet metal screws, a type of self-tapping screw, have threads down the entire length of the shank for tapping and fastening thin material. The point style determines the type of material the screw can be used on, such as metal, wood, or plastic. These screws commonly have a sharp point that helps penetrate the material.