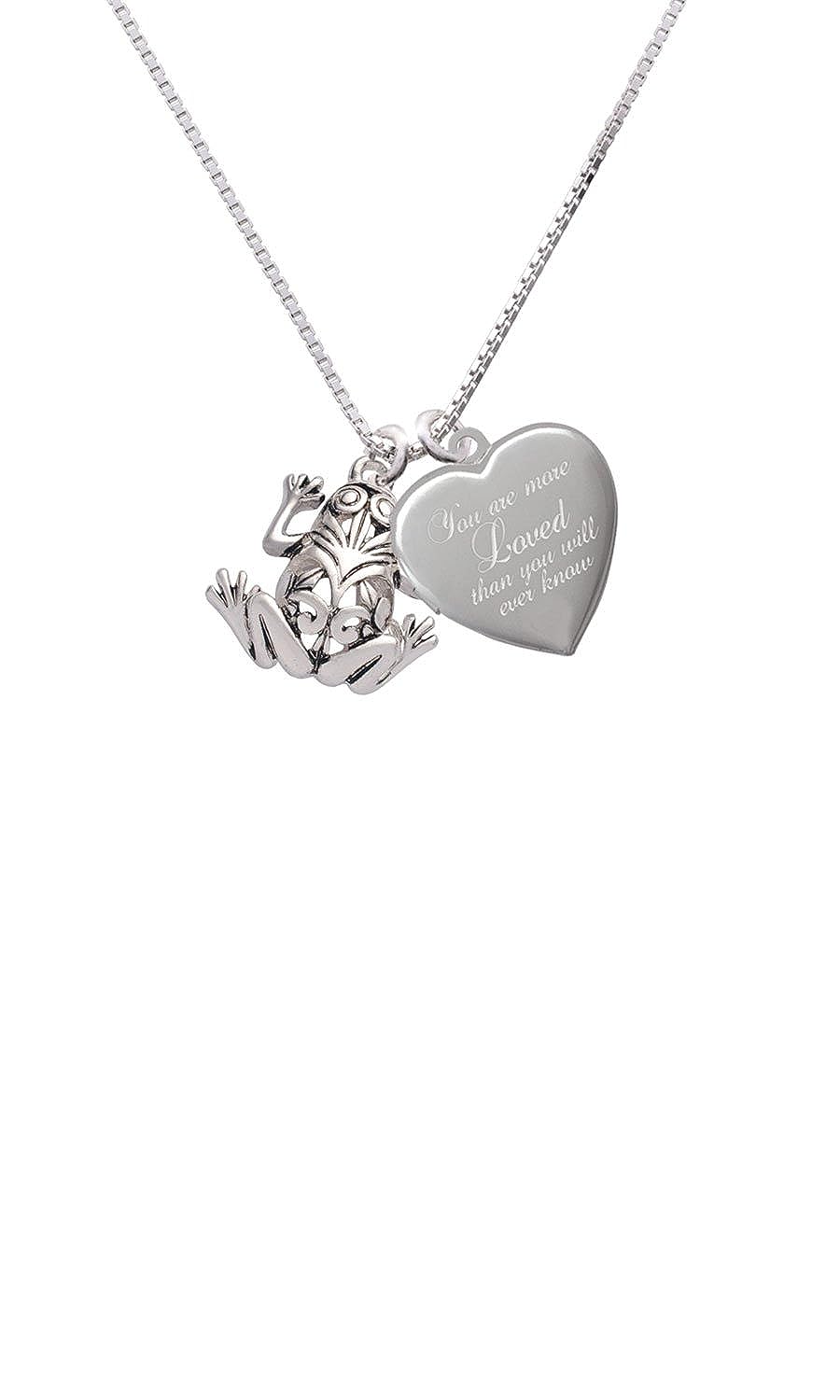 Silvertone Large Filigree Frog Custom Engraved You are more Loved Heart Locket Necklace. Silvertone Charm. Charm size is approx. 0.86 x 0.82 x 0.18 inches (HxWxD) including loop. 1.3mm Box Chain is 18" + 2" Extender. Lobster Claw Clasp. Heart Locket is approx. 0.92 x 0.77 x 0.23 inches (HxWxD) including loop. Front Engraving: You are more Loved than you will ever know. Opens and both sides are available to add your keepsakes. Custom engrave back of Heart Locket up to 3 lines, 13 letters on each line. We are not able to accept returns for personalized/custom items. PLEASE NOTE: Our products are lead safe, but are not intended for children 14 years and younger. 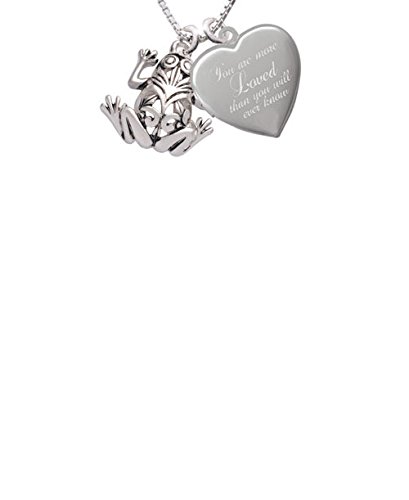 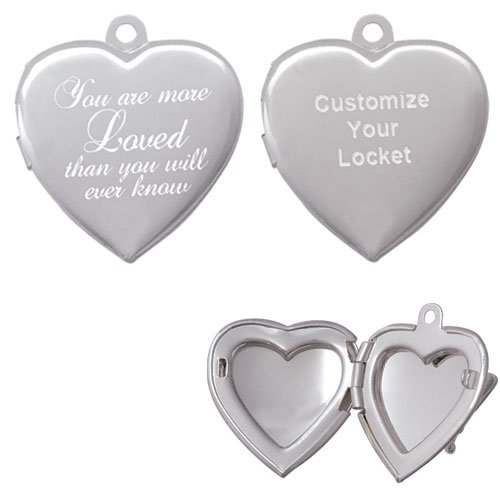 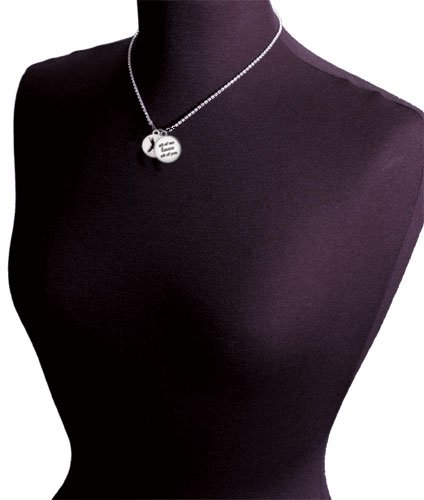