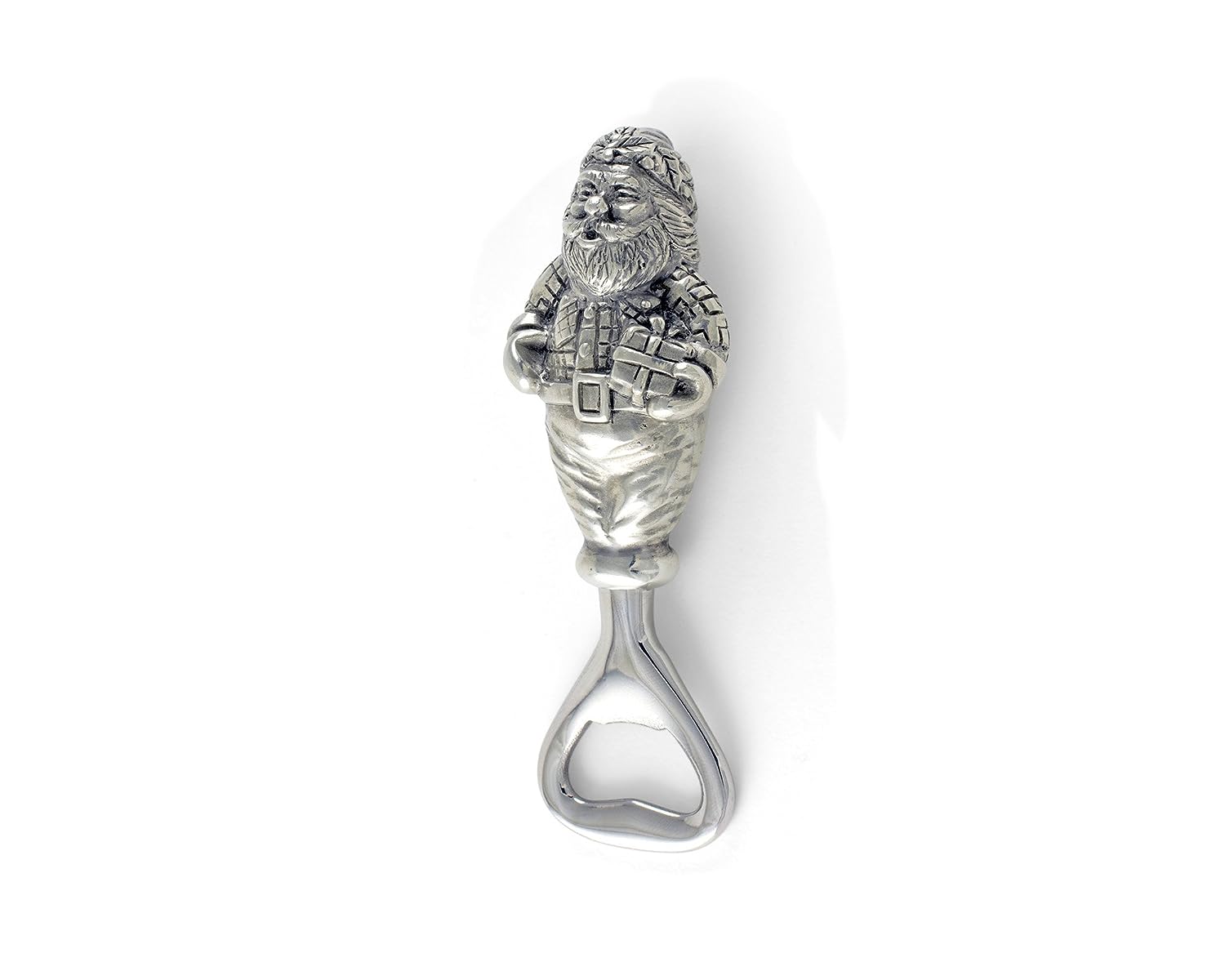 Add holiday cheer to your barware collection with this St. Nick Bottle Opener from . Featuring an exquisite flannel and thick gloves, our woodsman Santa cradles a present in his left arm as he looks out cheerfully from the top of this piece. St. Nick's detailed, pure-pewter form makes him appear darker than the stainless steel opener emerging from his knees. 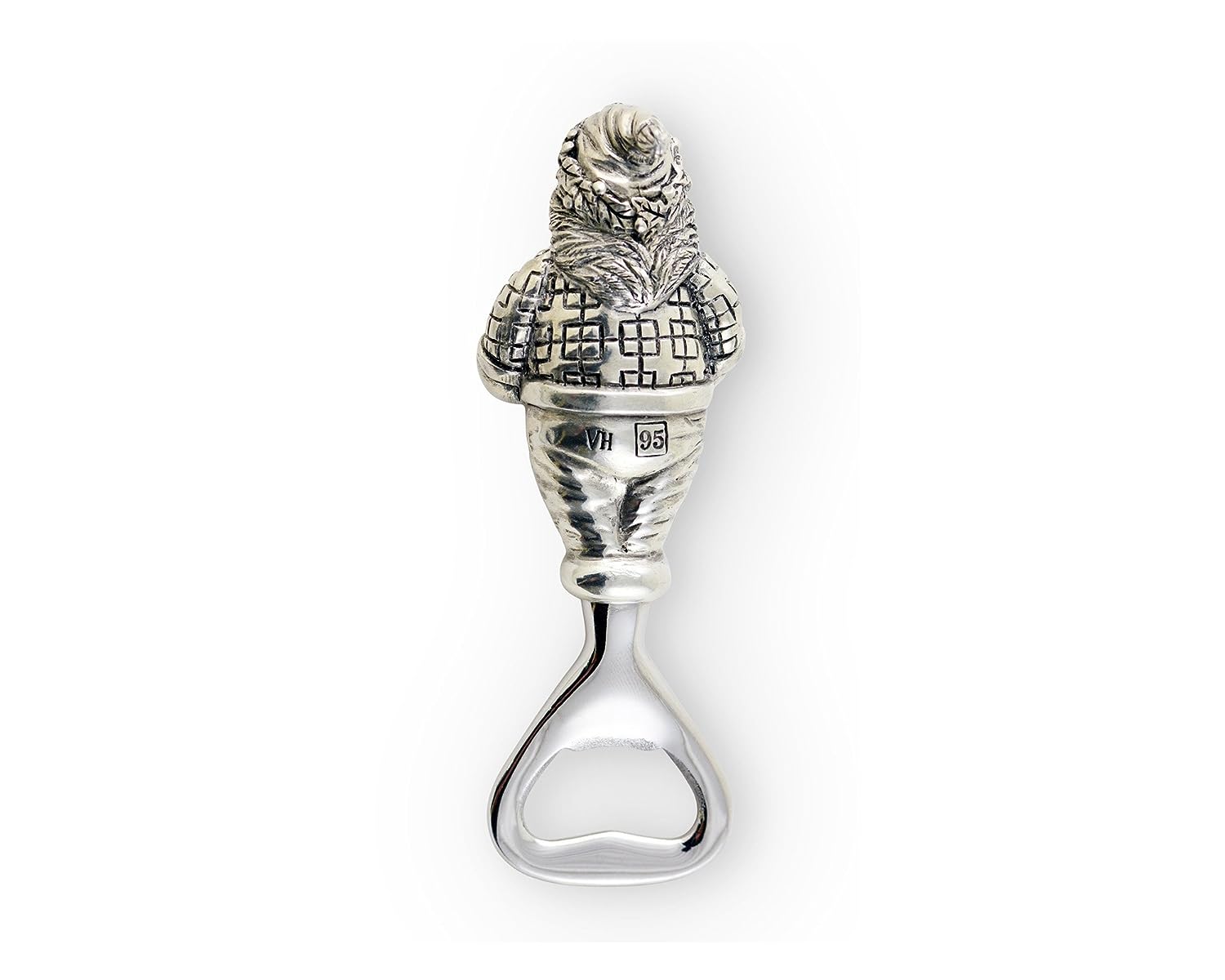