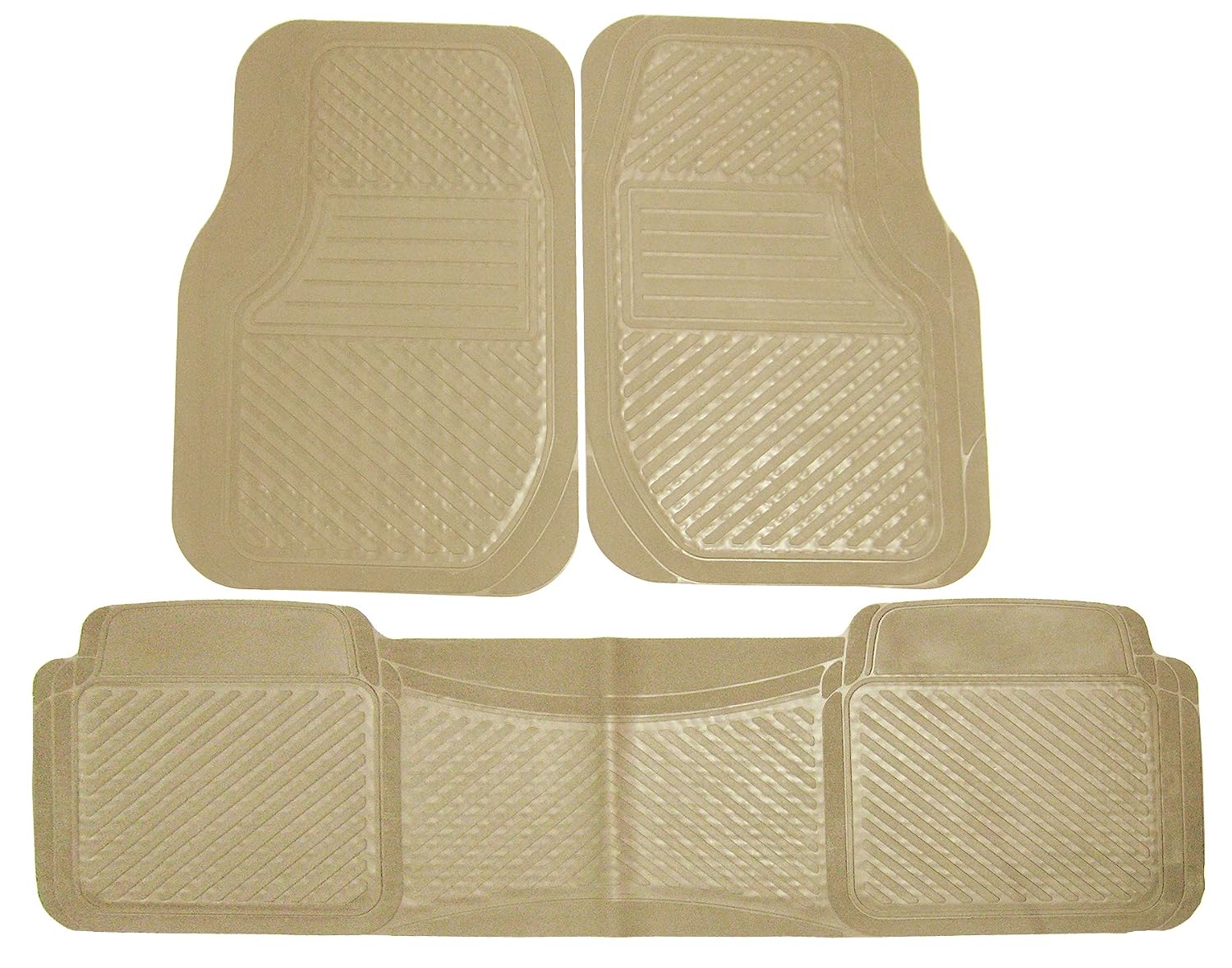 The Kool Auto Better 3 piece car mat set is designed for the heavy demands of SUVs, trucks and mini vans. The central heel pan collects water, dirt and mud. Raised borders around the mats prevent spills. Channel grooves guide water, dirt and mud towards the central pan, keeping it away from your vehicle's carpeting and upholstery. The cut out contour ensures a proper fit in your truck, minivan or SUV.