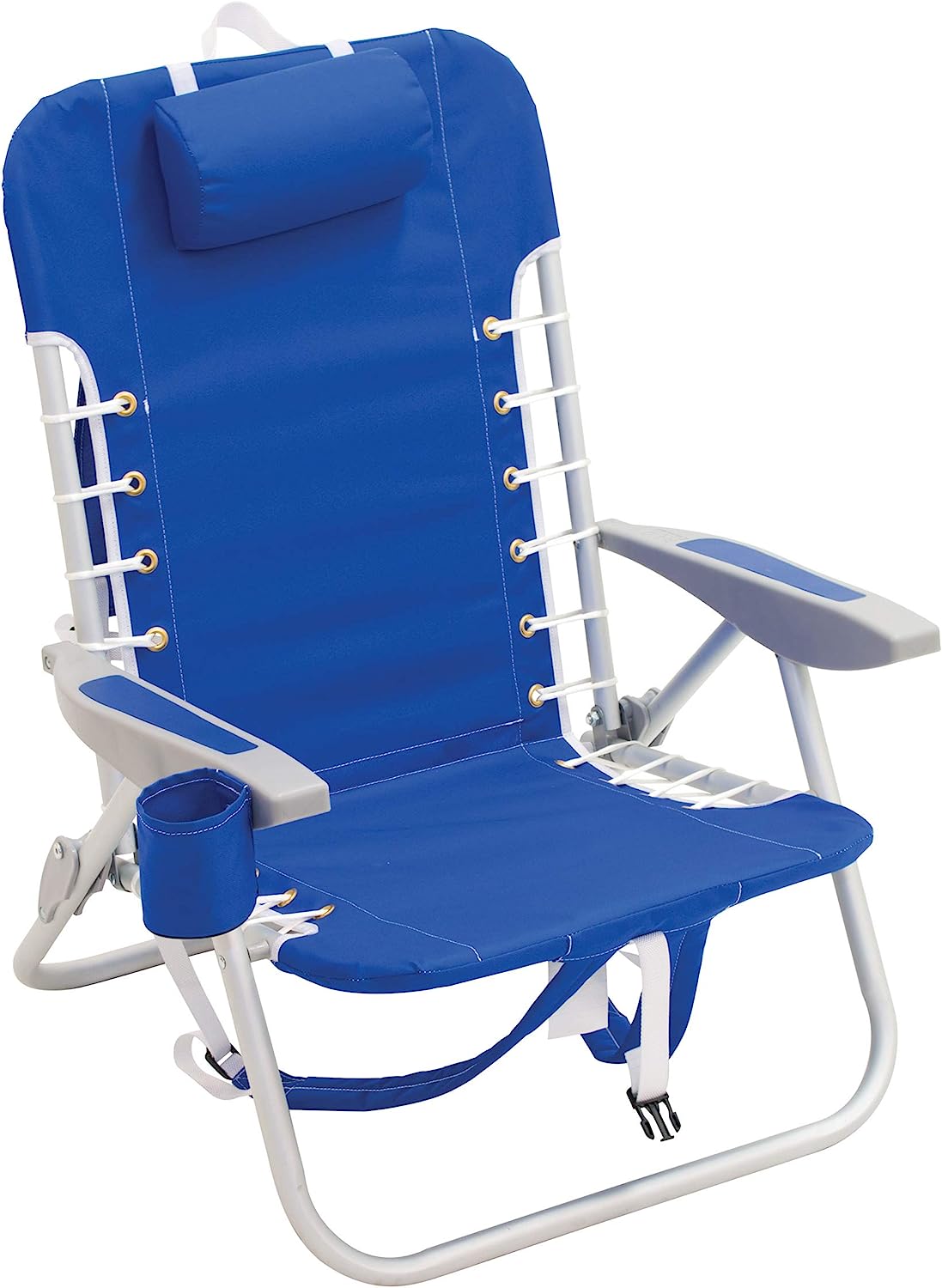 Add fashion and function to your folding beach chair with the Rio Beach 4-Position Lace-Up Backpack Beach Chair. This unique chair features adjustable backpack straps for easy transport. The lace-up suspension adds nautical style to this sand chair and provides all-day comfort by conforming to your body. The beach chair’s frame is constructed from a durable and lightweight rust-proof aluminum. This lightweight chair weighs only 8 lbs. The fabric used on the reclining beach chair is constructed of thick, high-quality 600 denier fabric made to withstand every day usage. Relax by the pool or at the beach comfortably with the unique design of this 4-position beach chair. Standard beach chairs sit 8 ½ inches off the ground. The lace-up chair provides a higher seating option at 11 inches off the ground, making it easier to get in and out of. The wider, molded armrests provide comfort to elbows and forearms. With SAFE ADJUST, easily recline to one of four positions without the worry of getting your fingers or hands caught in the brackets. A locking bracket prevents the camp chair from tilting or folding while in use and reinforces the chair seat frame for a stronger, more durable chair. A large storage pouch on the back of the folding beach chair has plenty of storage space to carry your beach accessories and beach towel. The interior hook and loop fastener pocket keeps little things in place. When you’re ready to pack up and go, secure the main pouch with the adjustable buckle straps to keep your personal items in place. The large, adjustable foam pillow supports your neck while the convenient seat-side cup holder keeps your favorite beverage within arm’s reach. The Rio 4-Position Lace-Up Suspension Backpack Chair is perfect for the beach, camping, hiking, outdoor concert, or anywhere you need a comfortable, all-day seating option! WEIGHT CAPACITY: 240 lbs. PRODUCT WEIGHT: 8 lbs. OPEN DIMENSIONS: 44.7" x 25.5" x 26.5" FOLDED DIMENSIONS: 42.8" x 25.5" x 5.1" 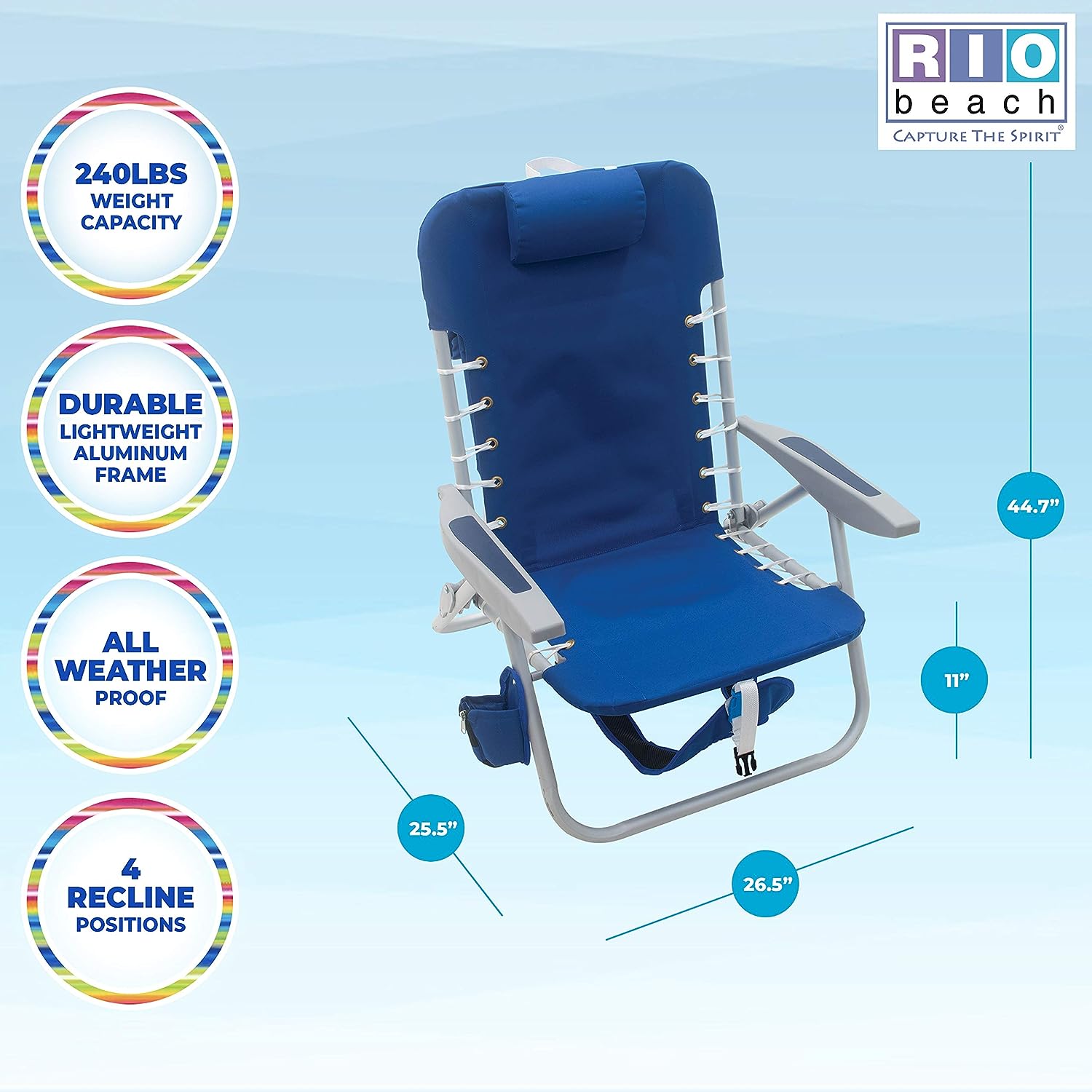 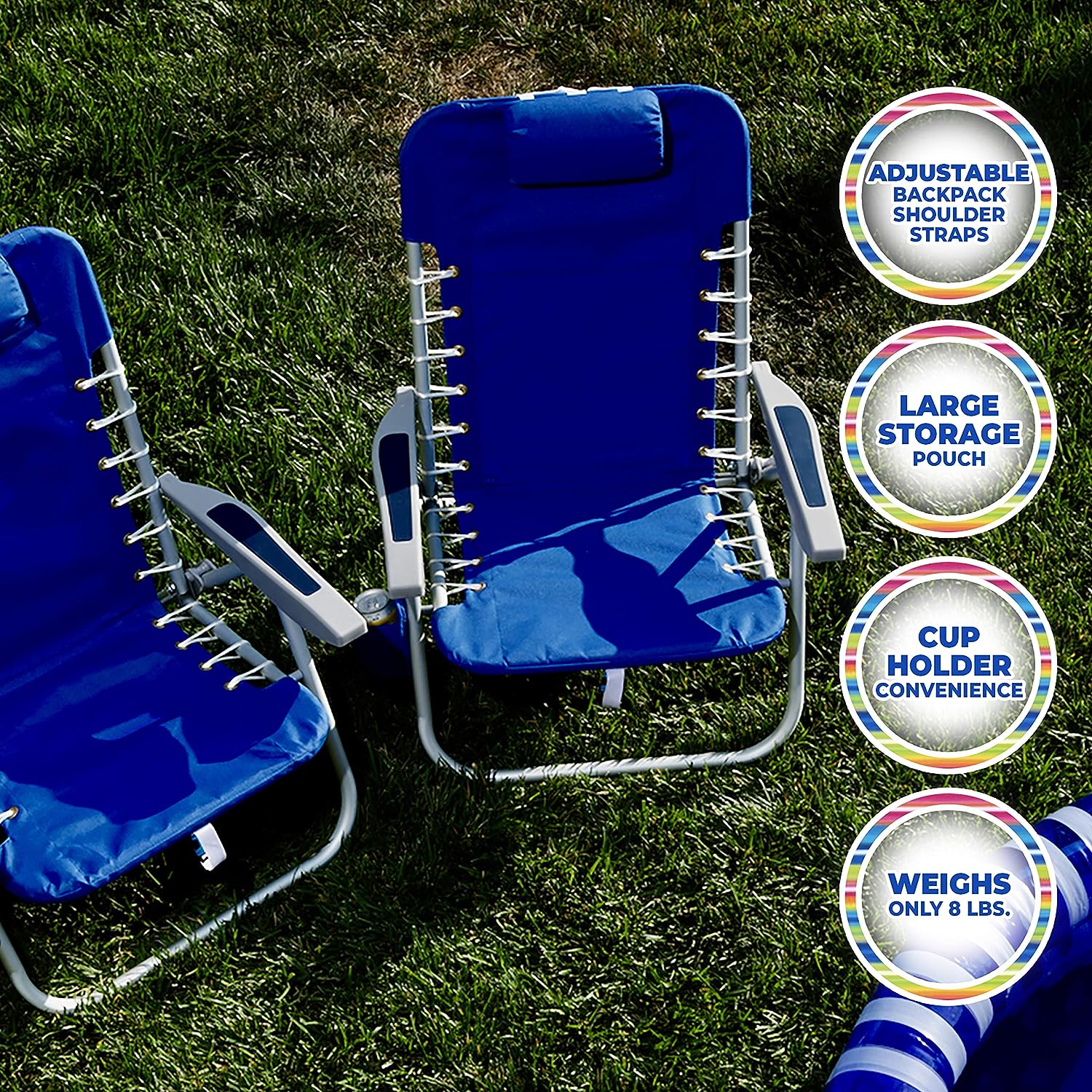 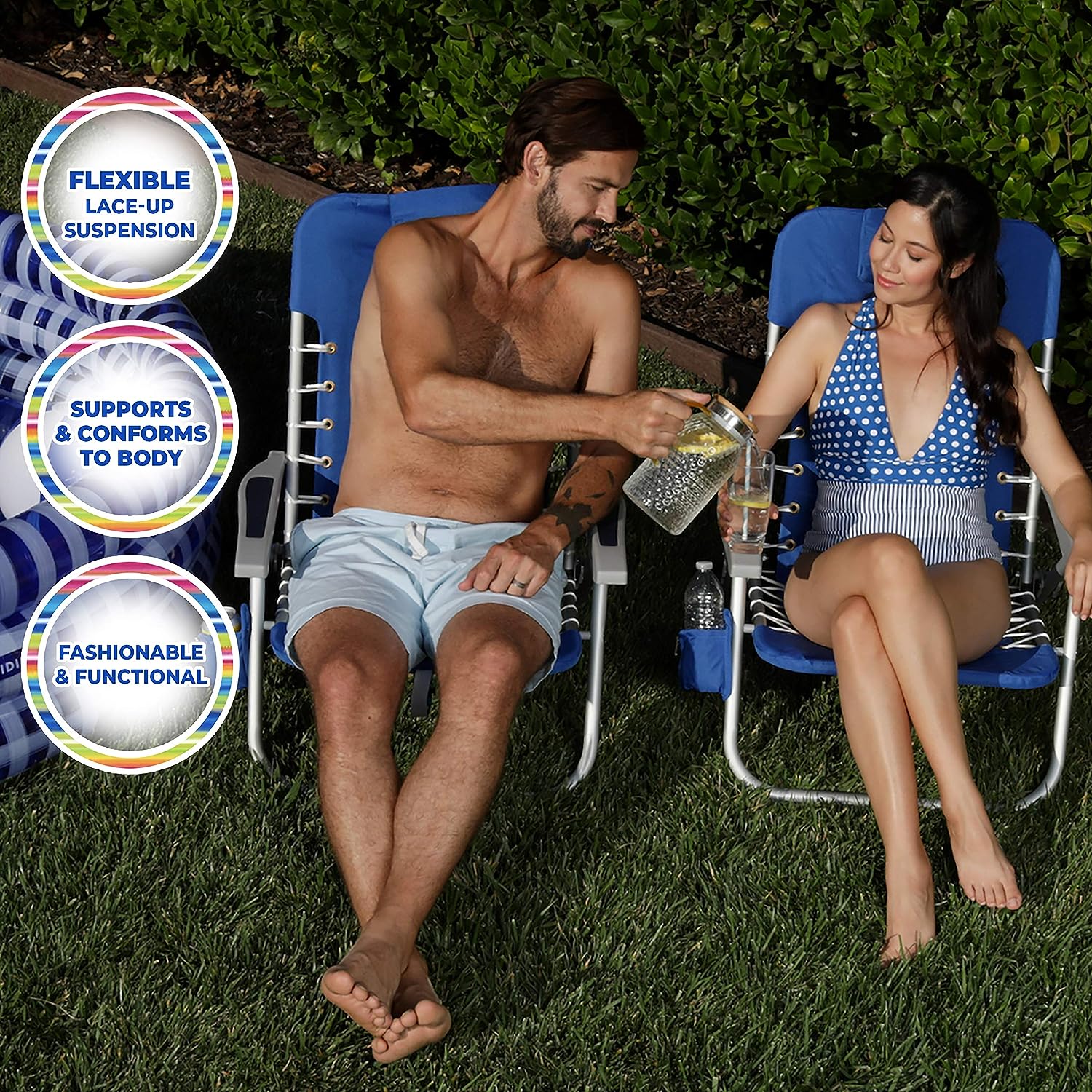 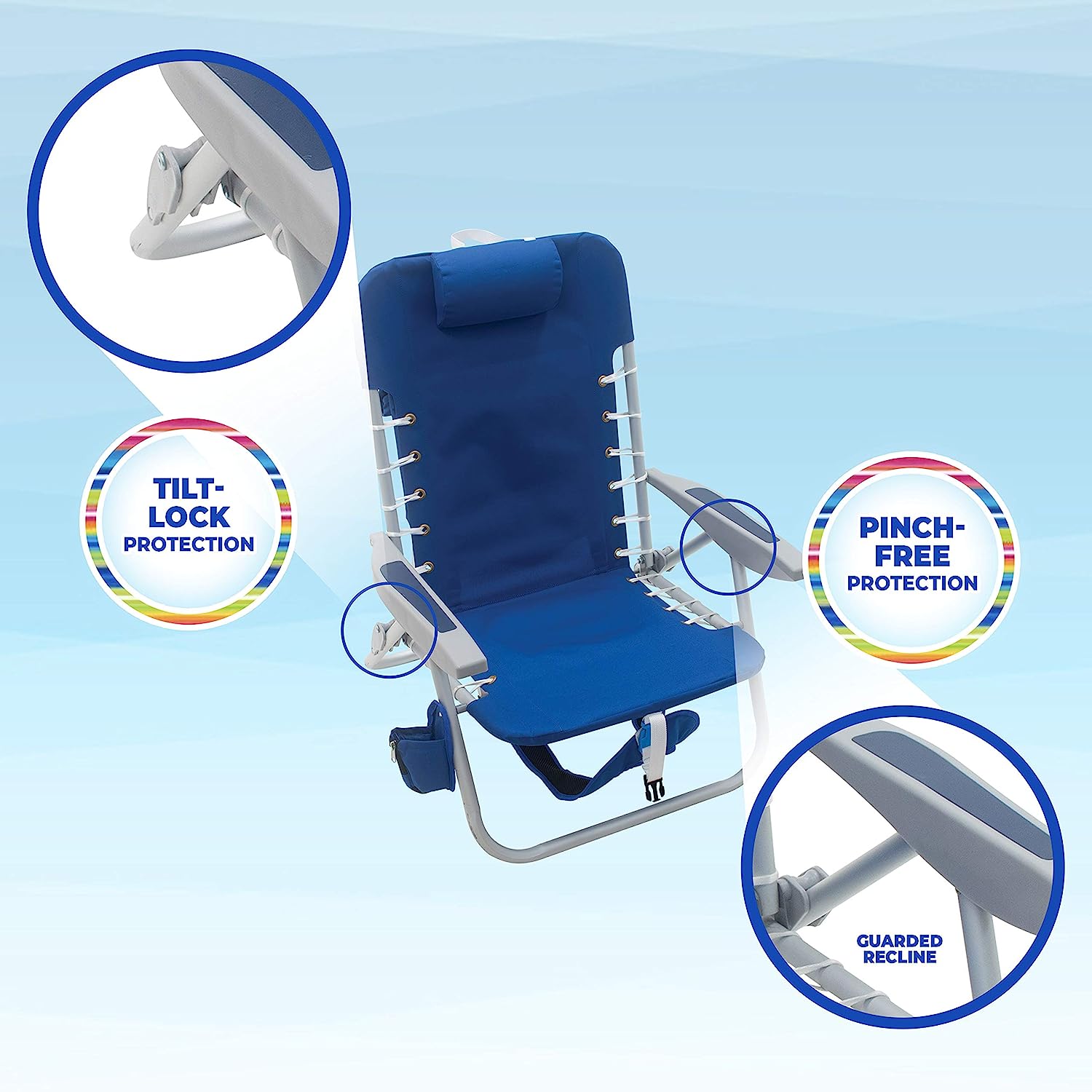 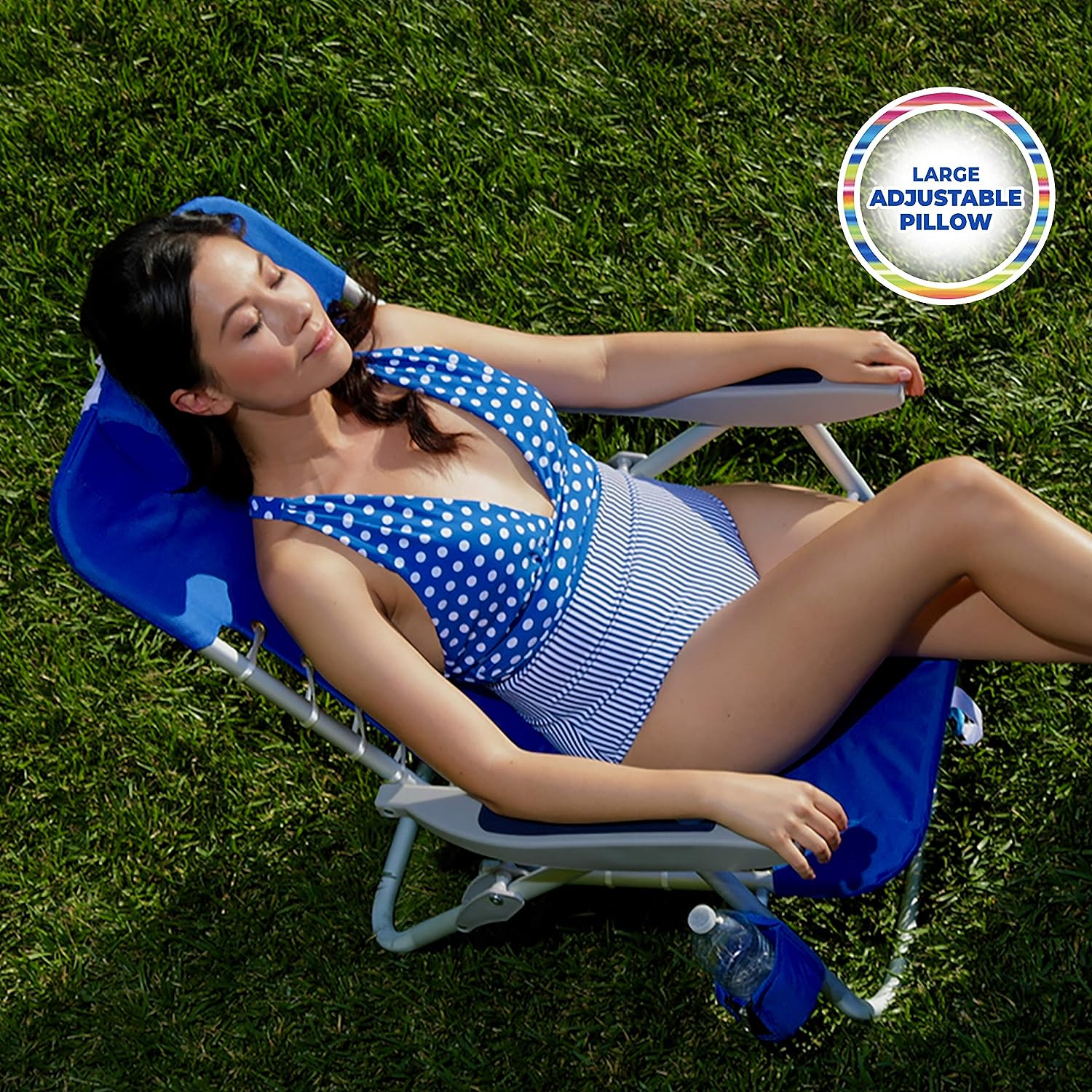 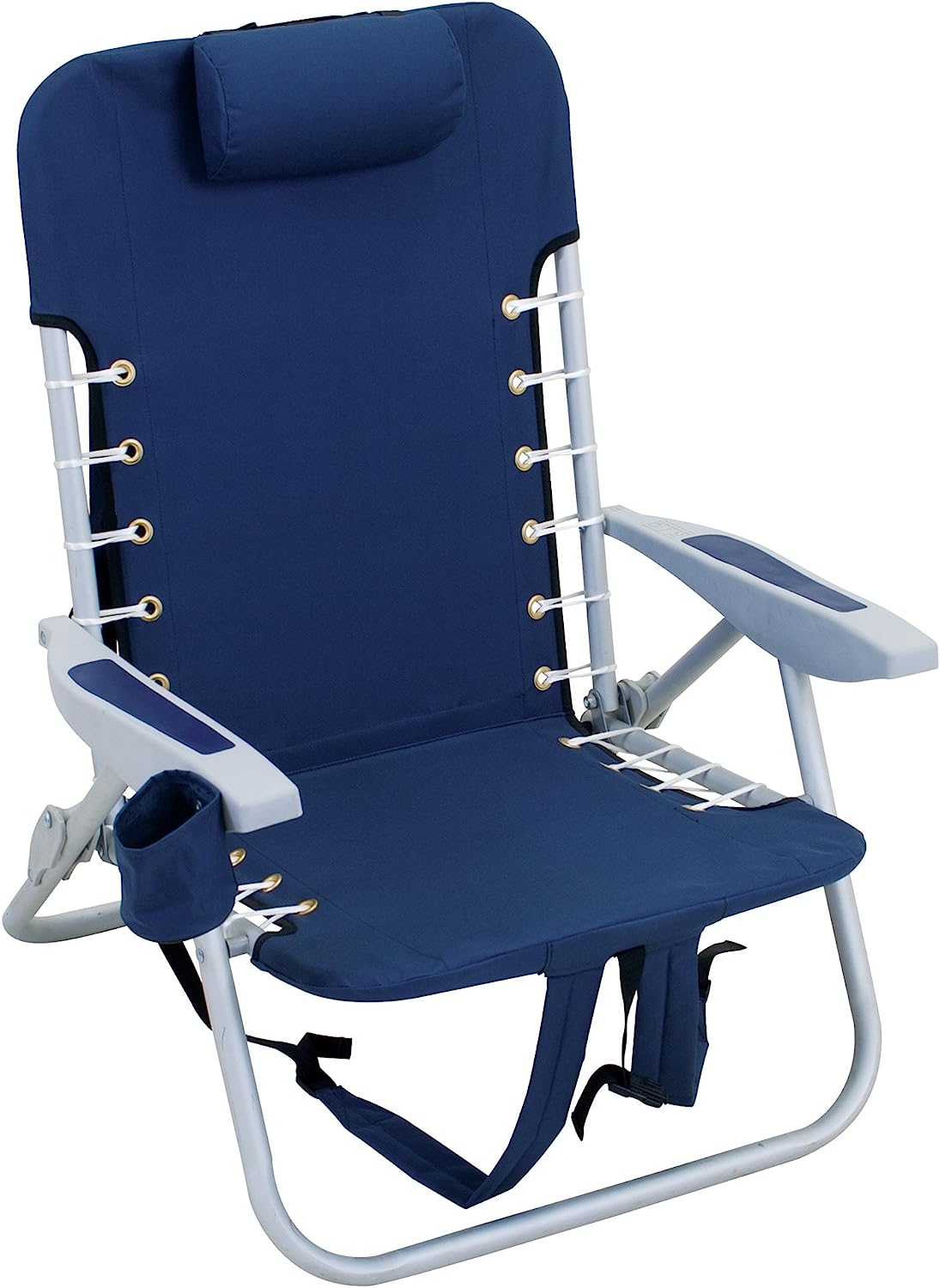 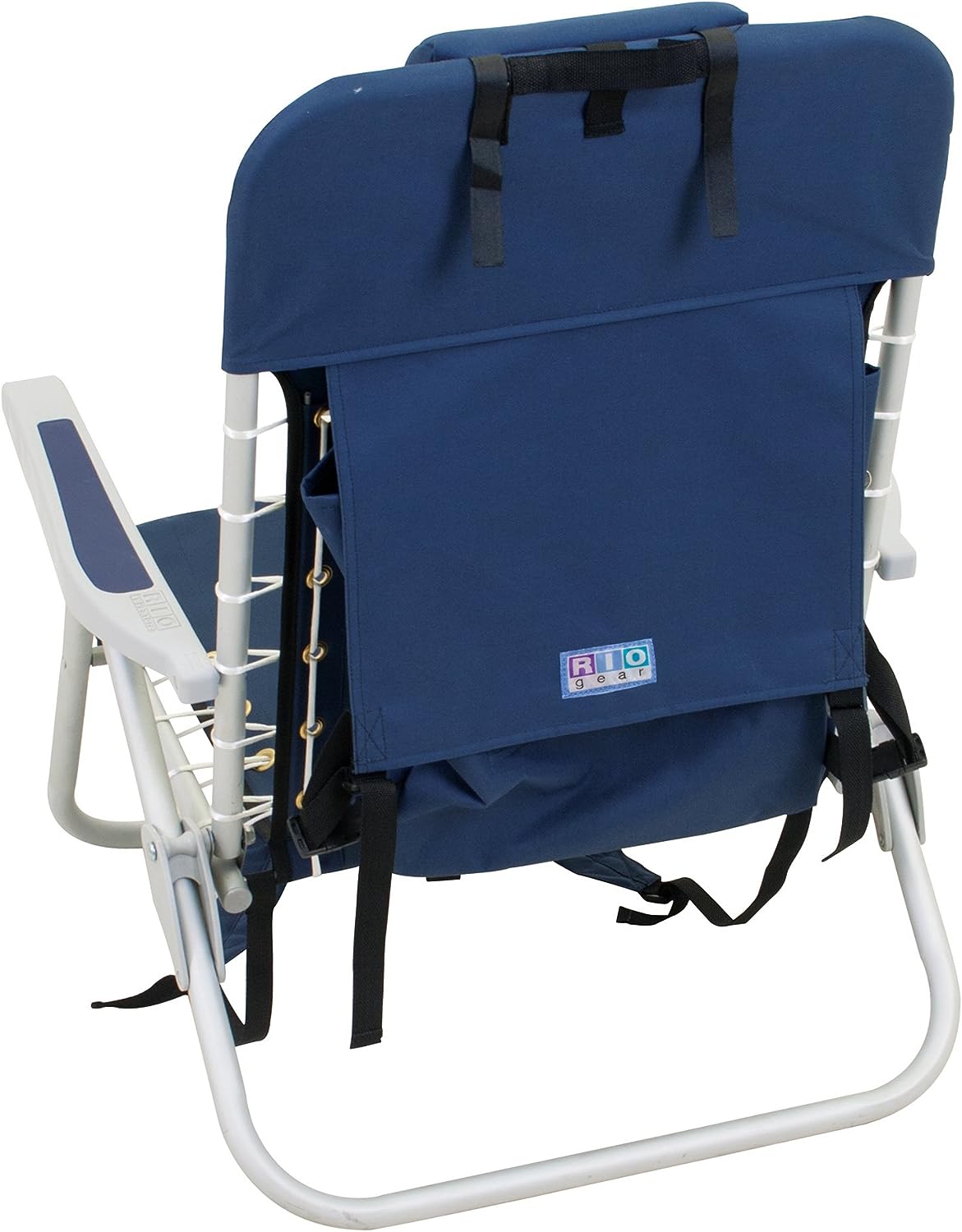 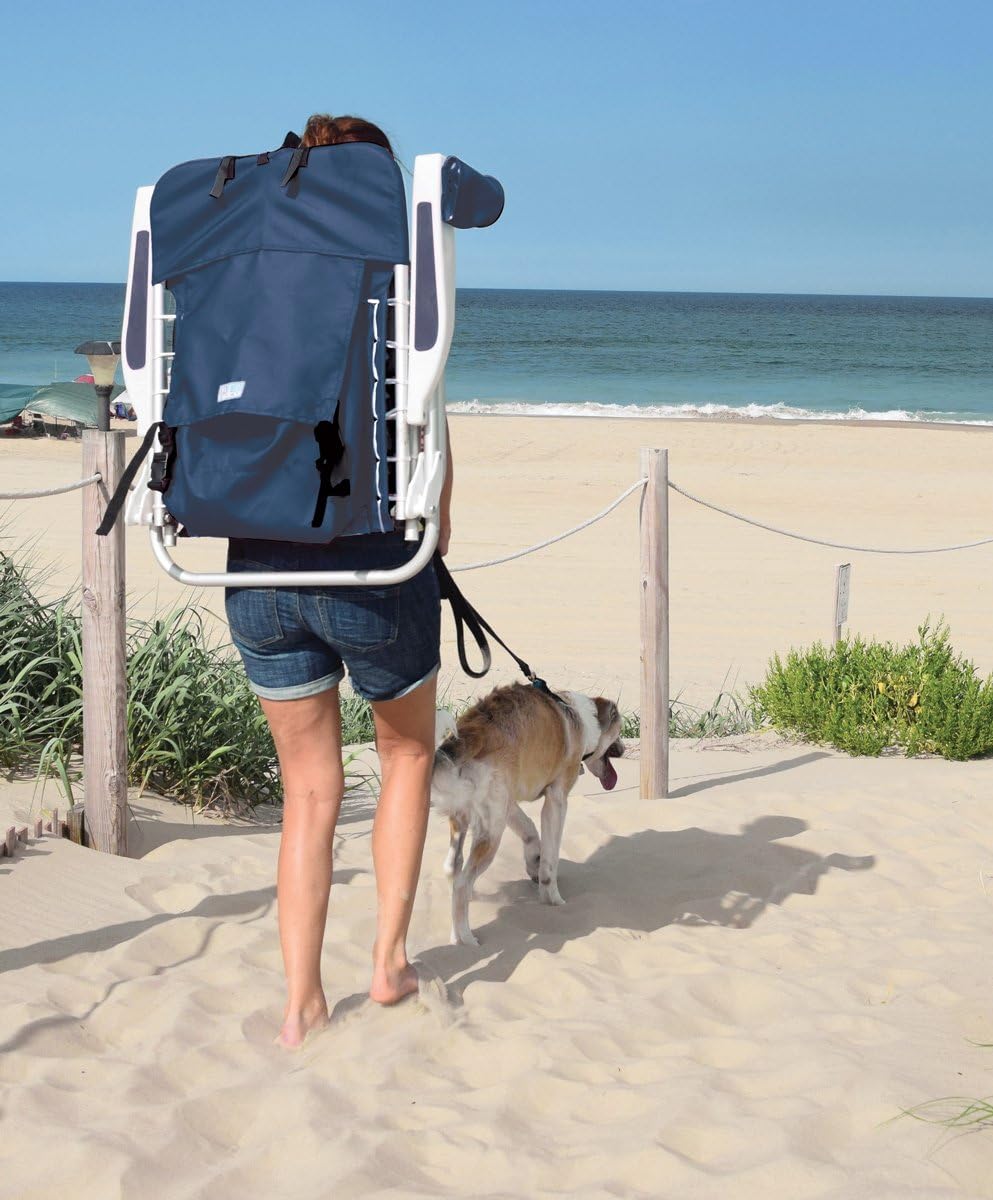 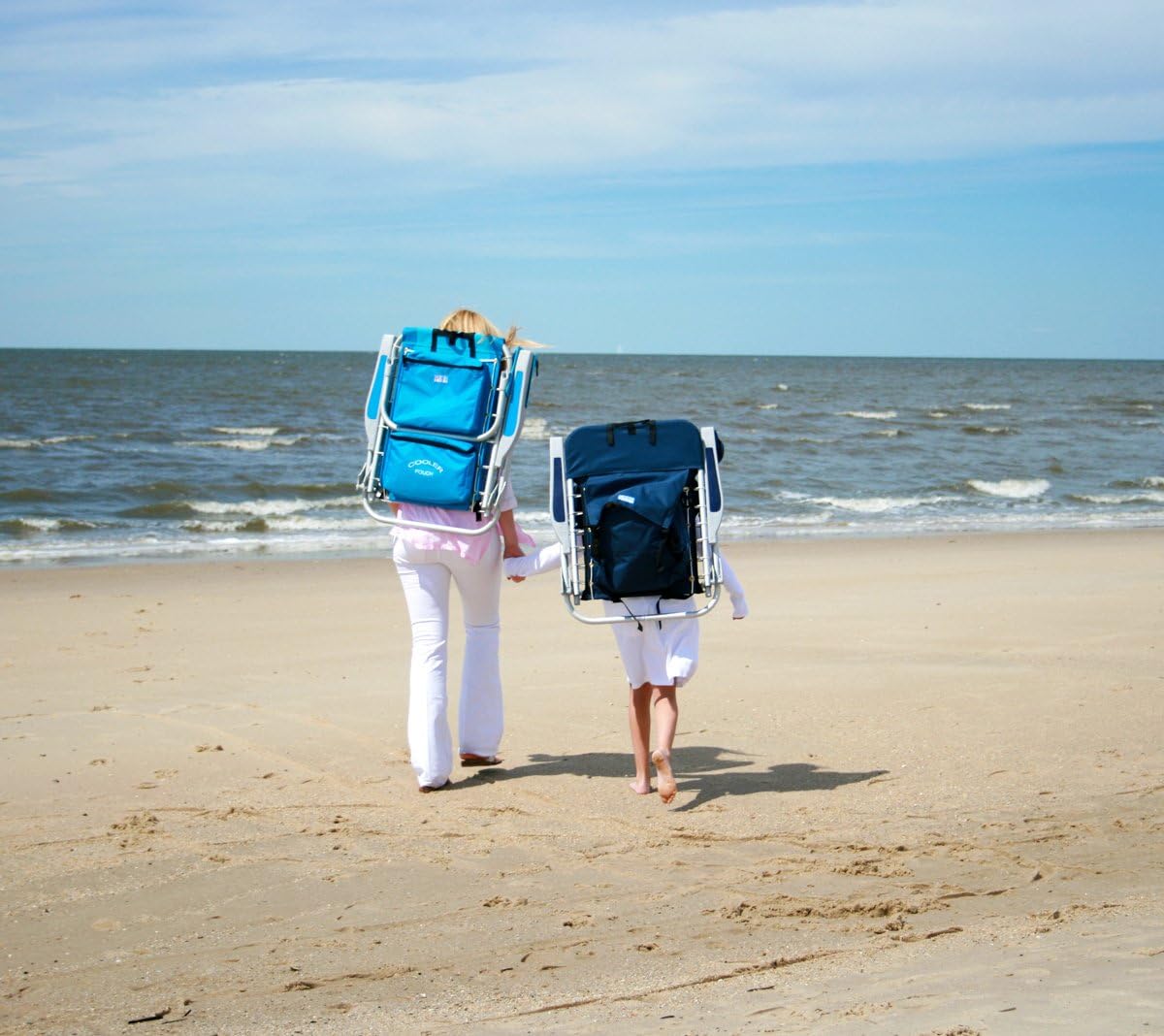 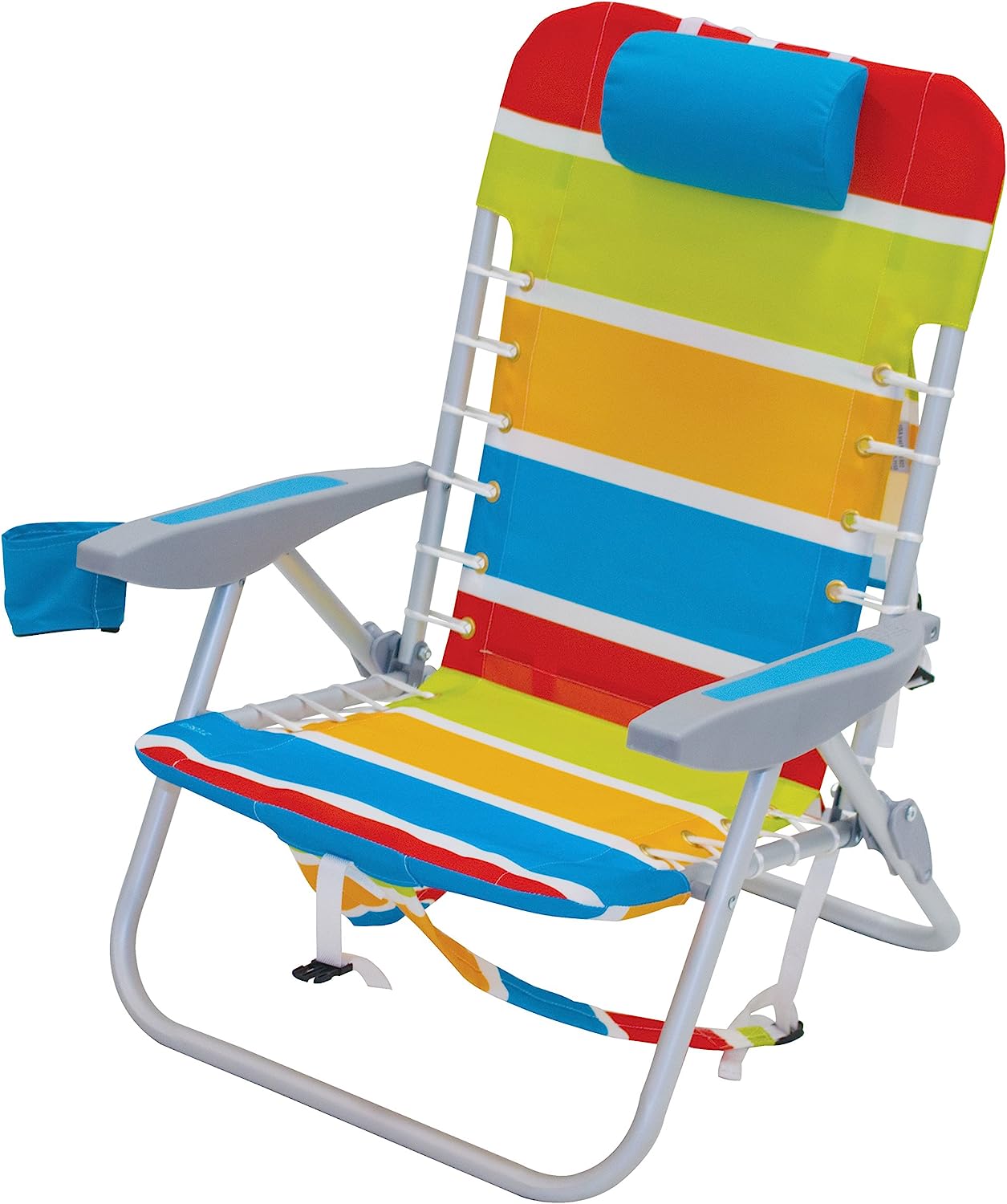 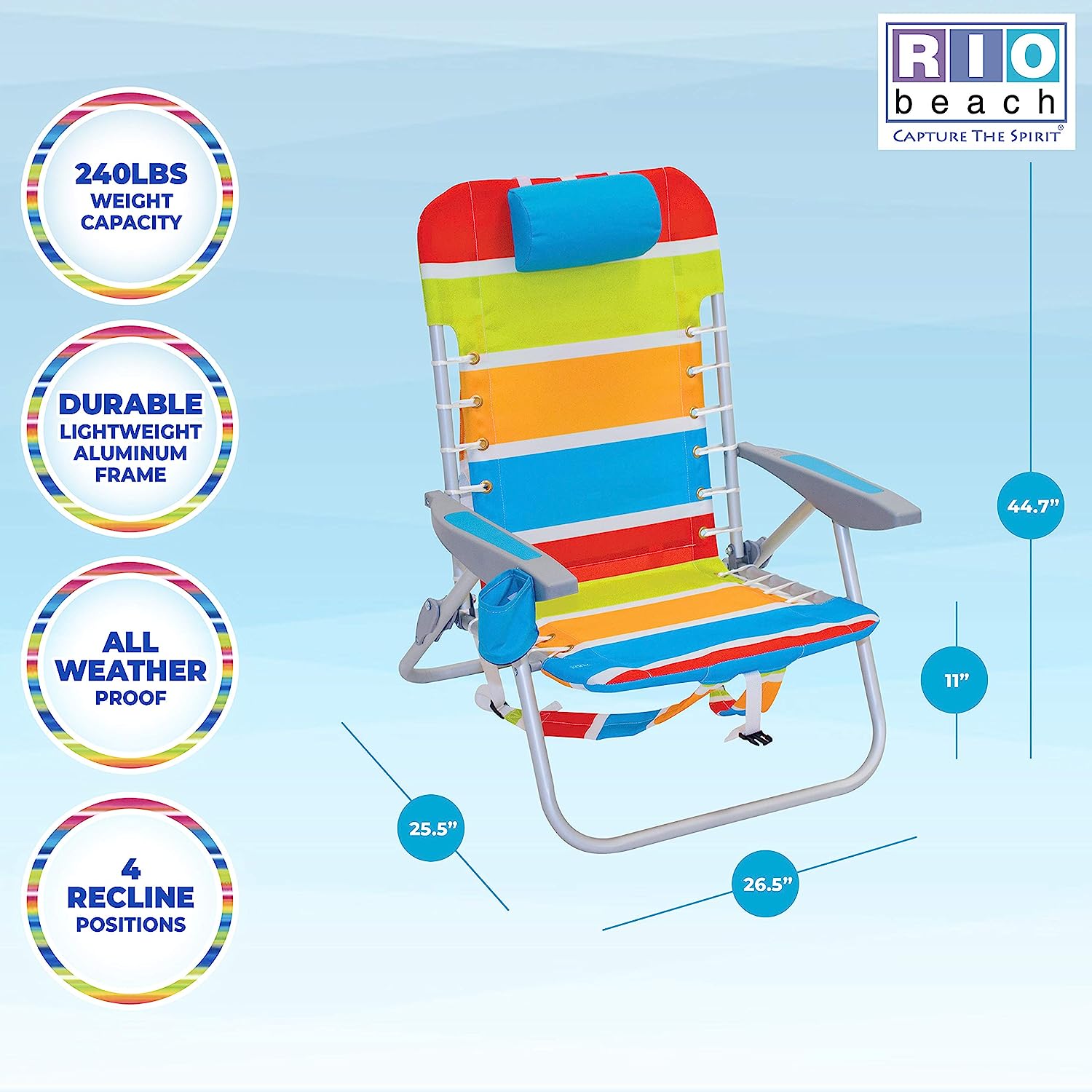 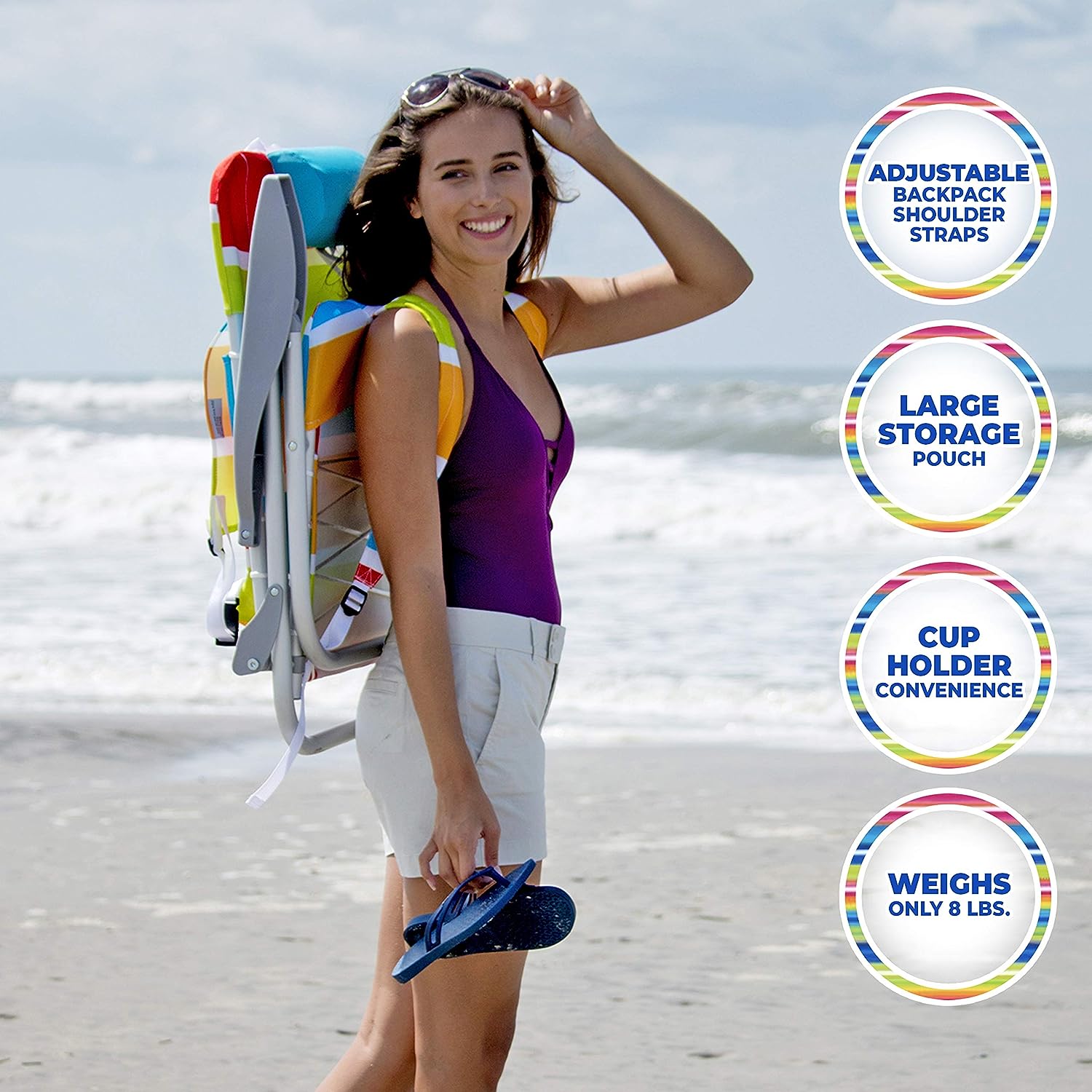 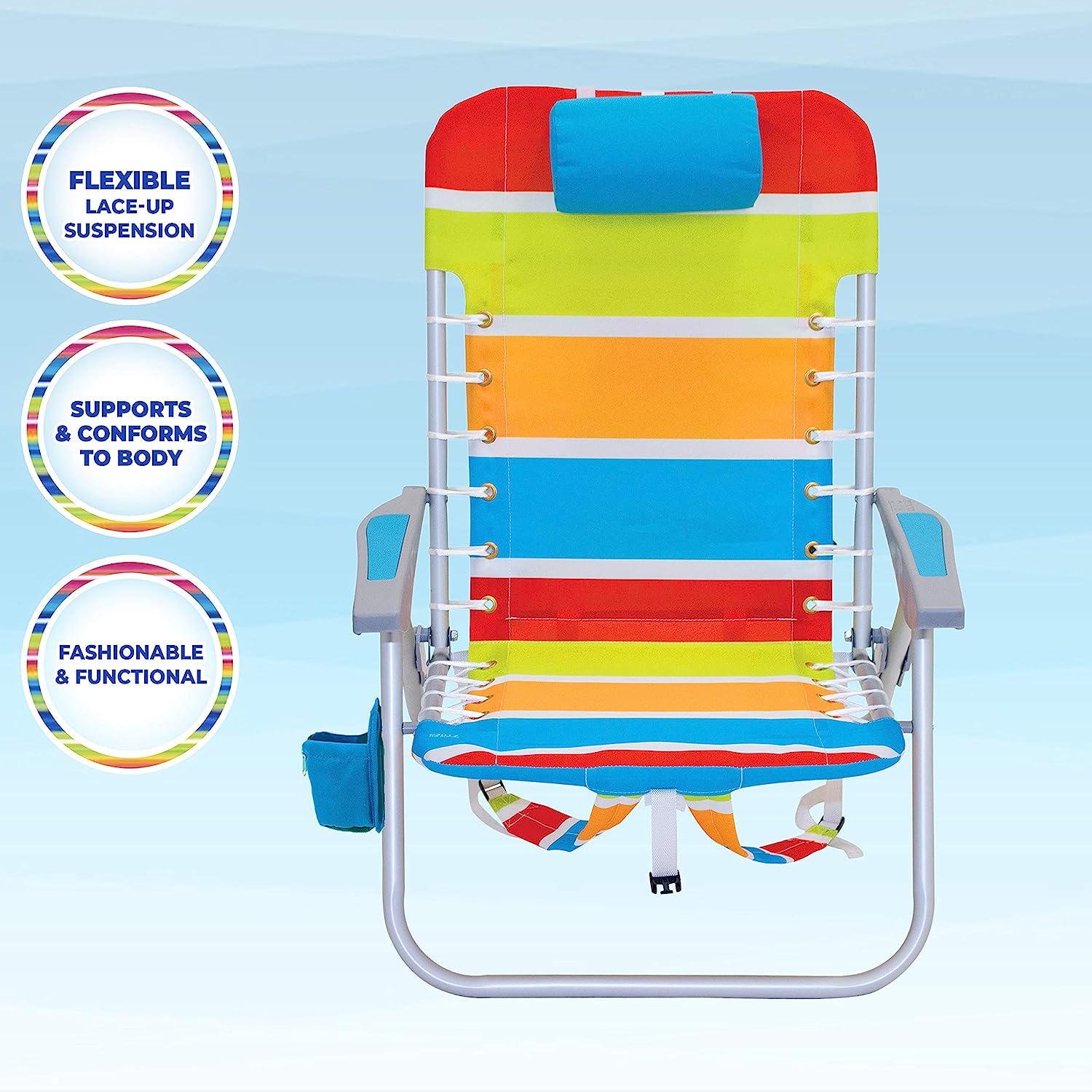 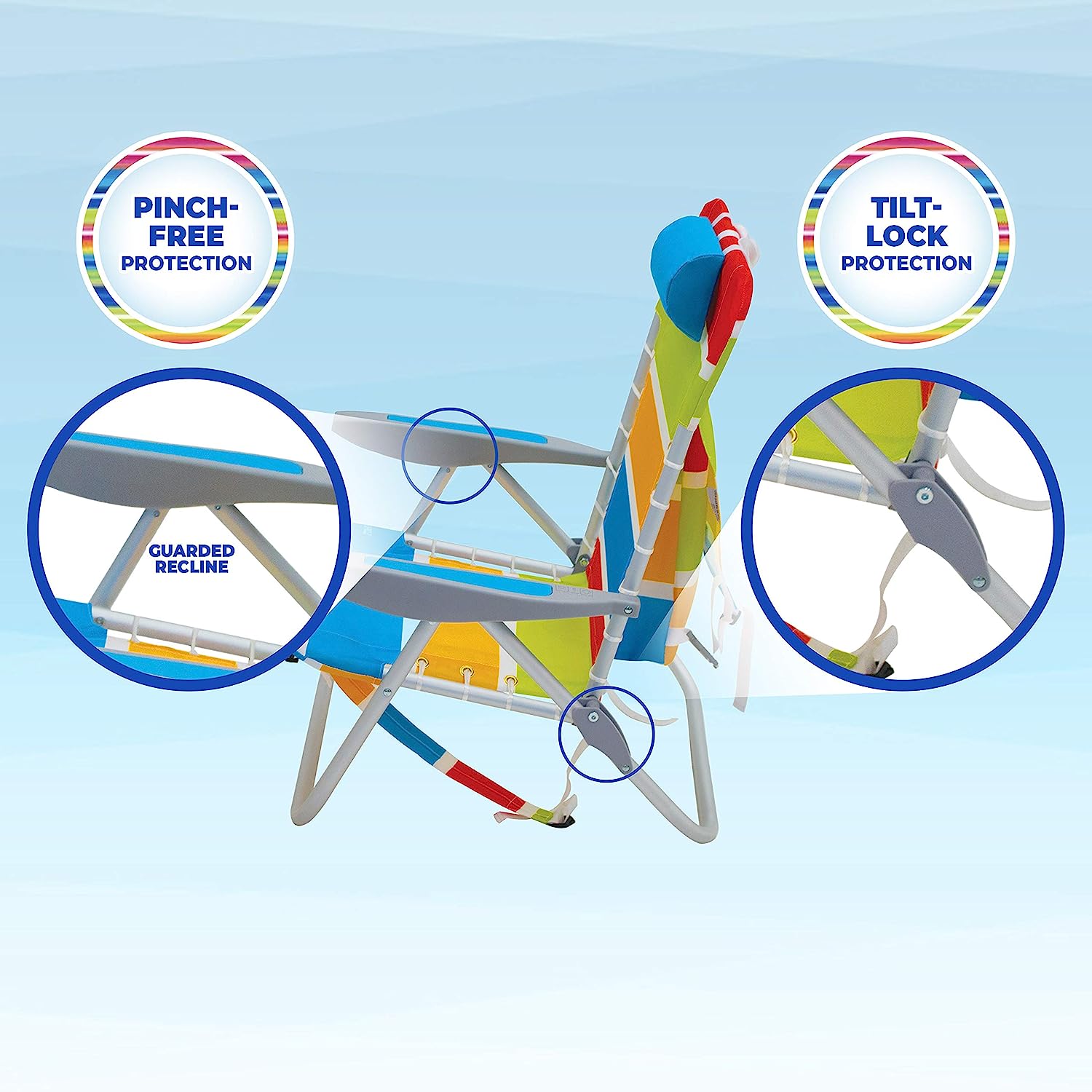 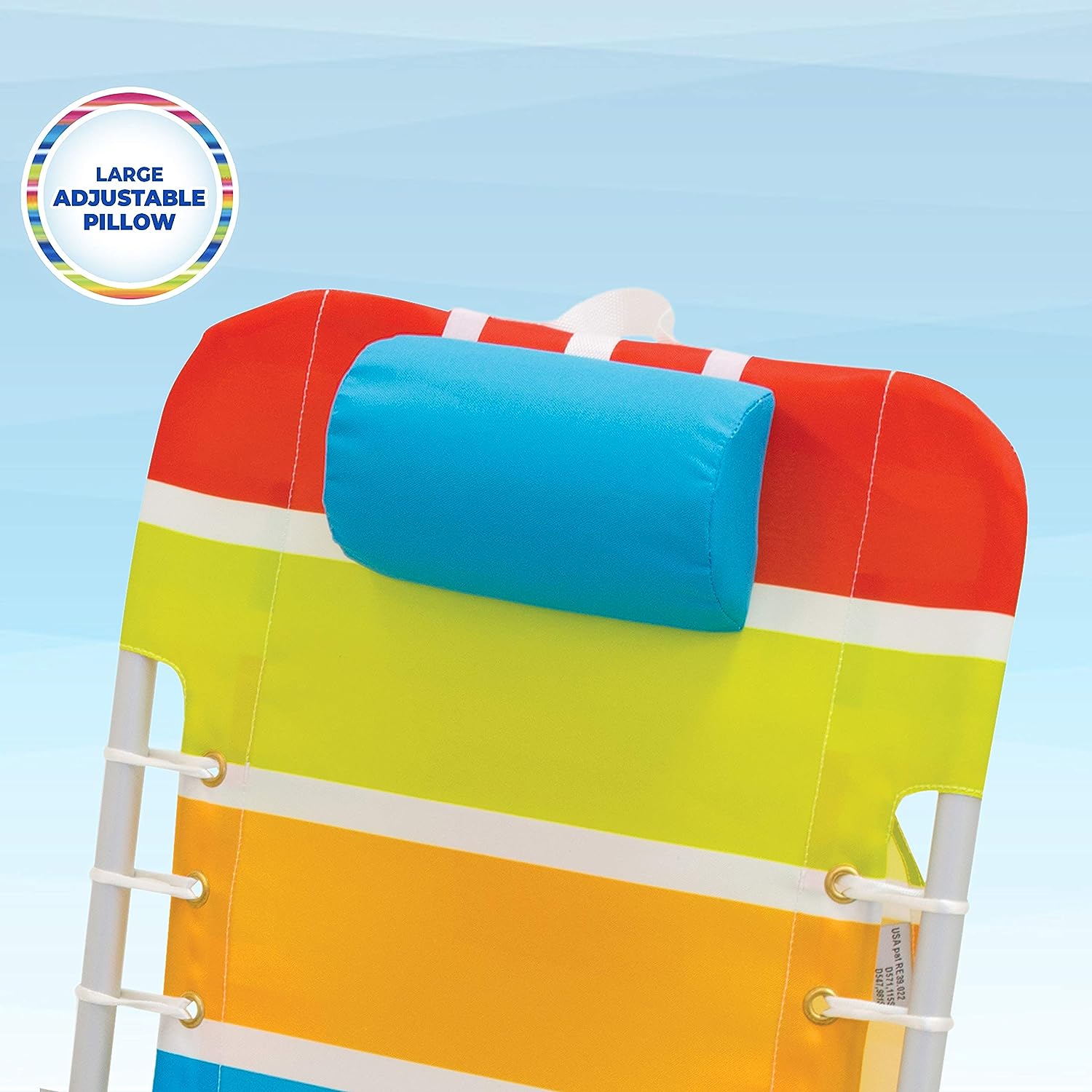 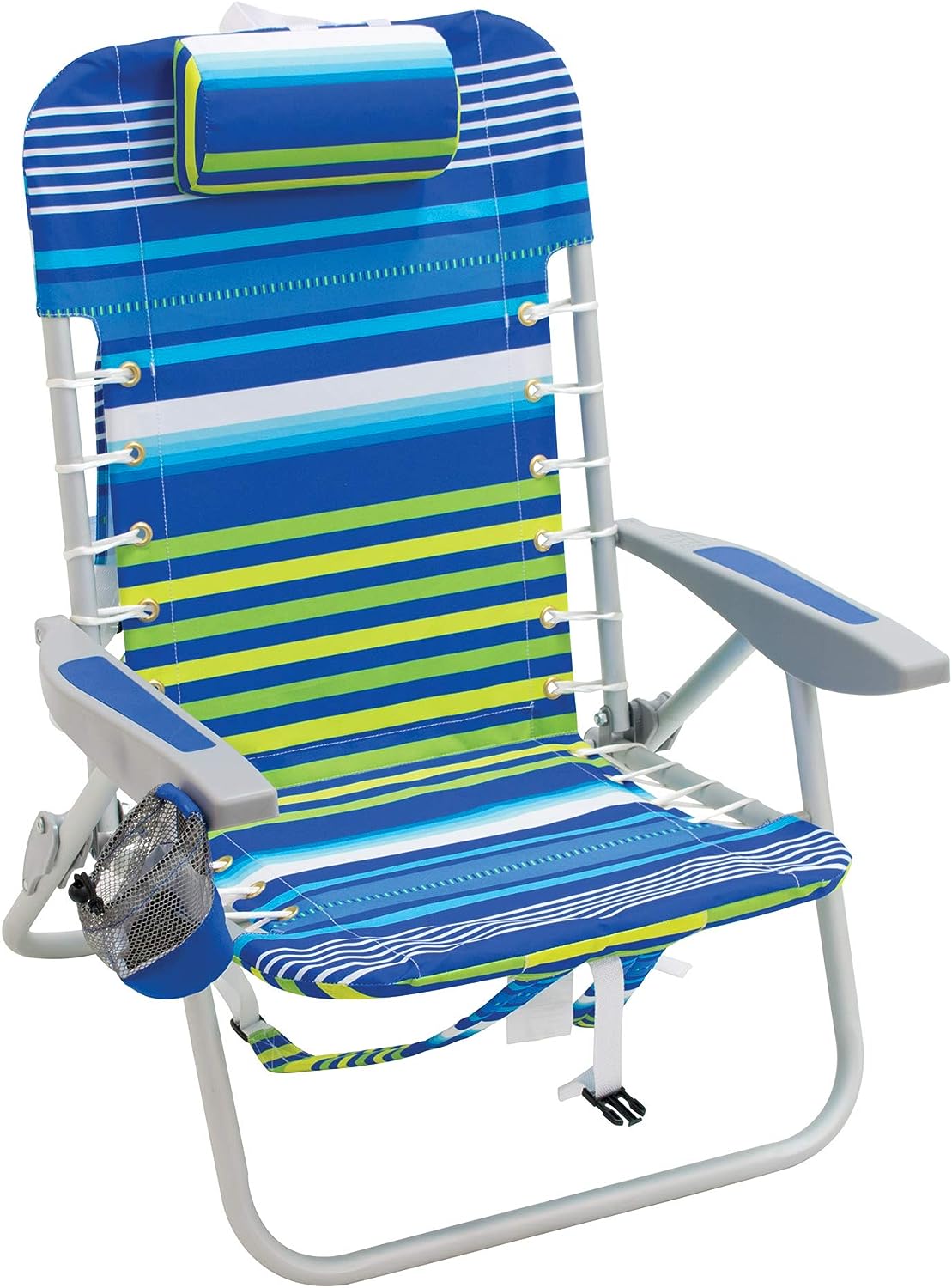 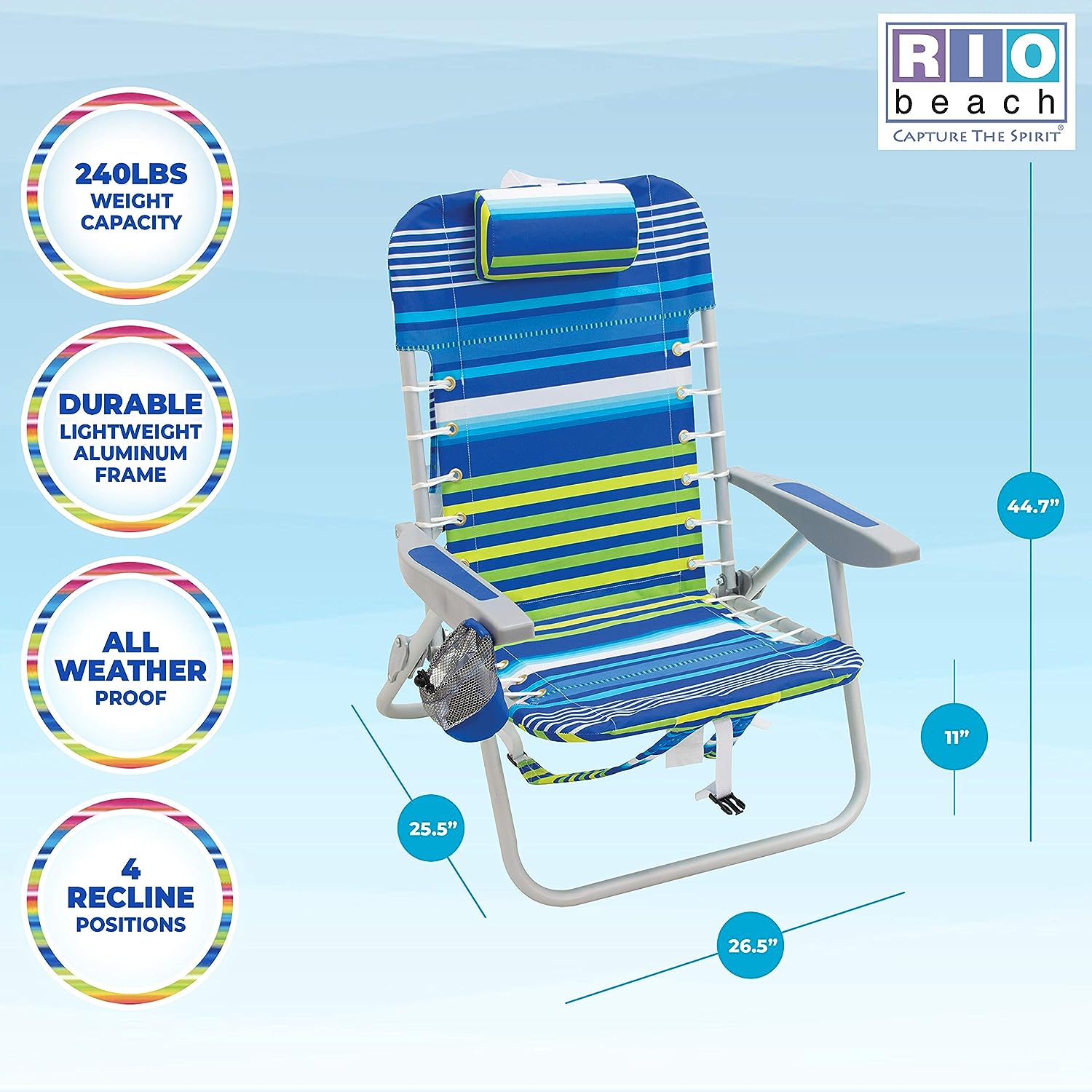 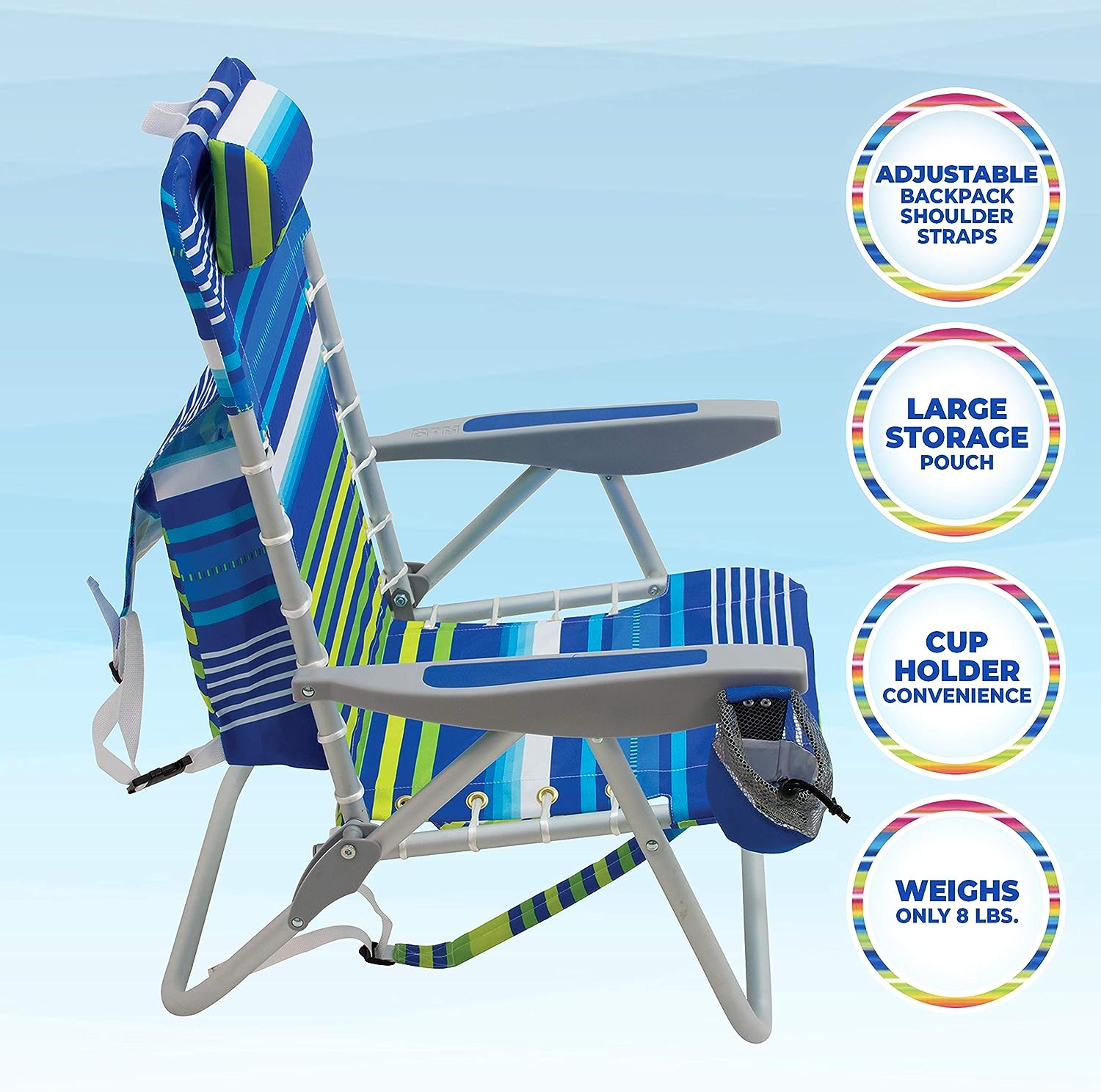 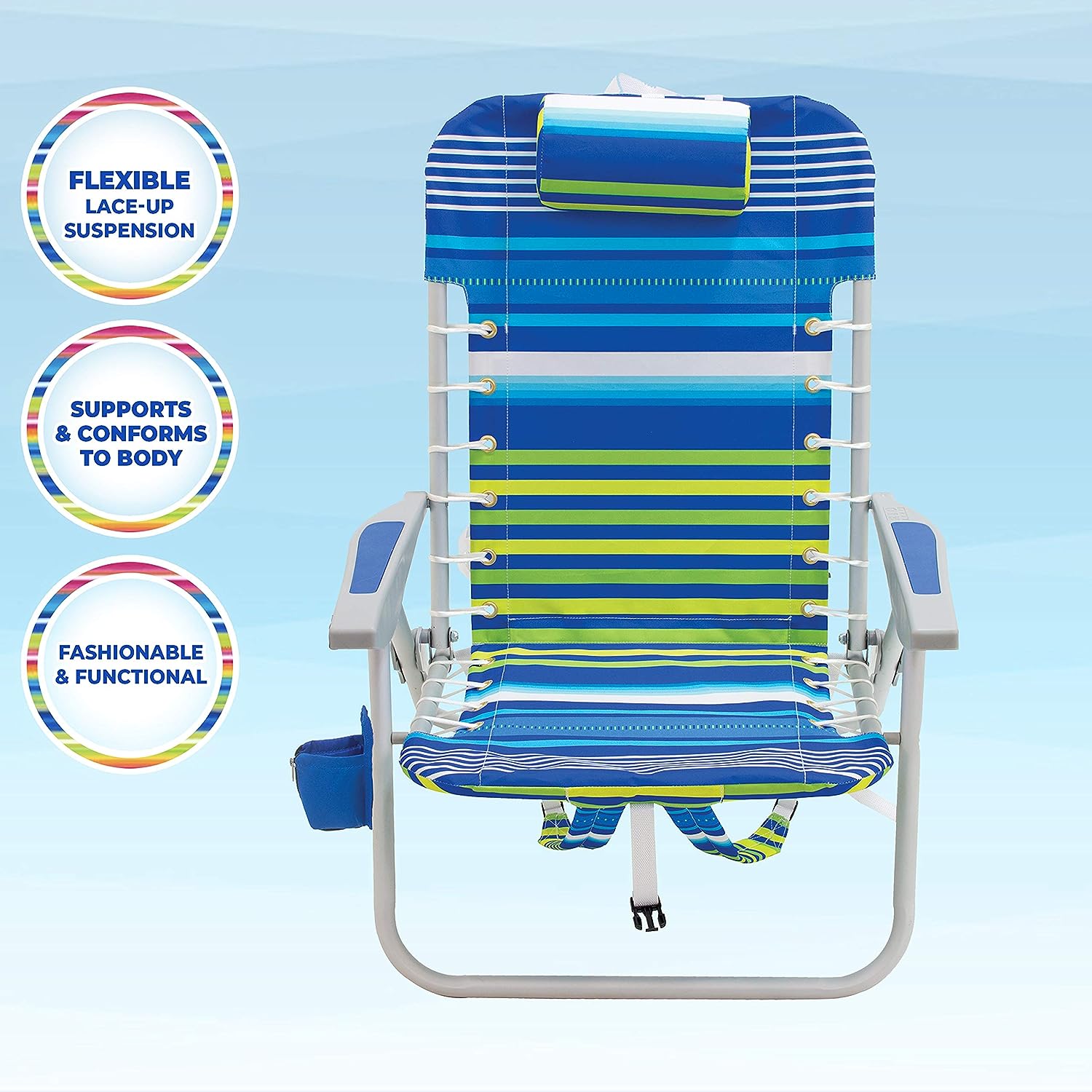 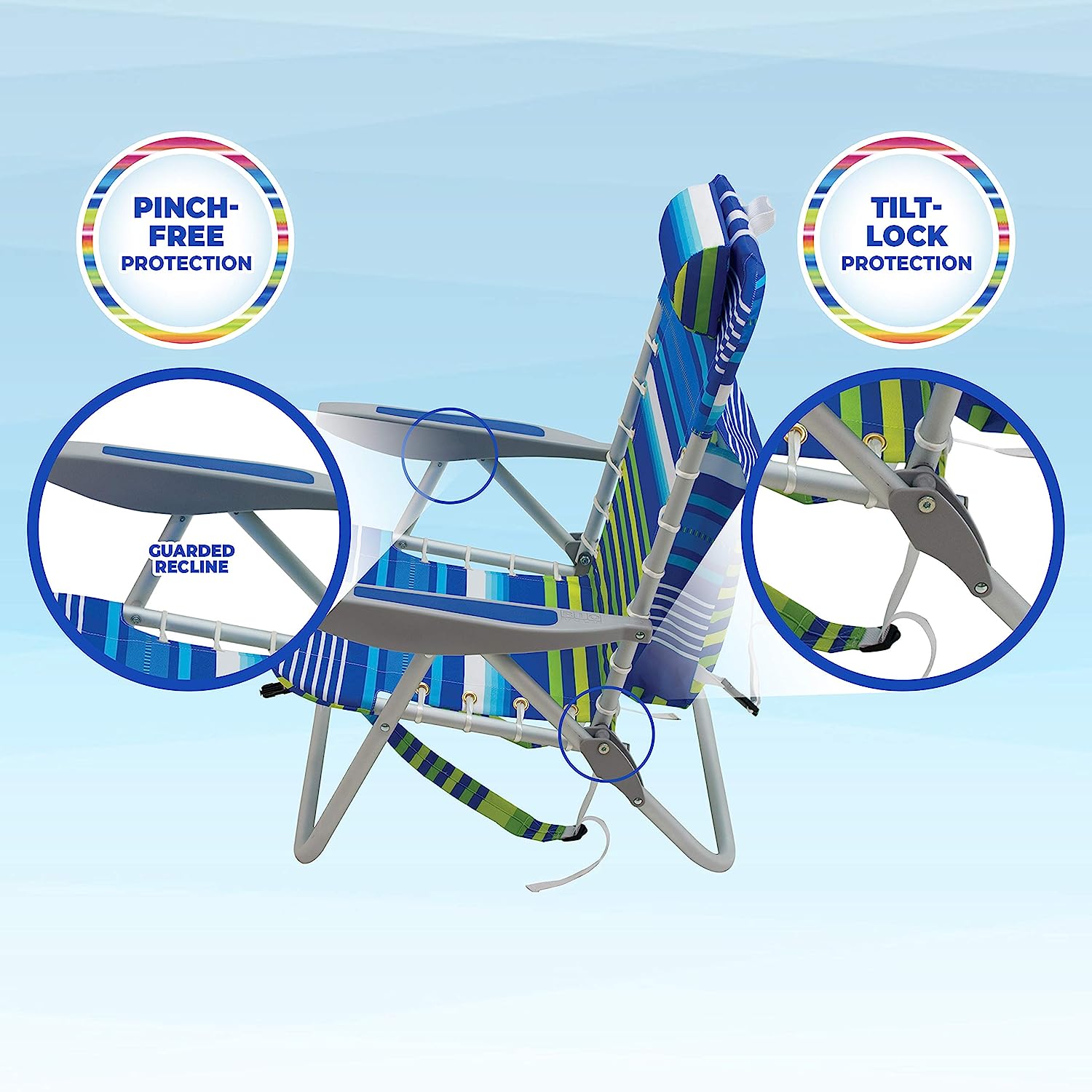 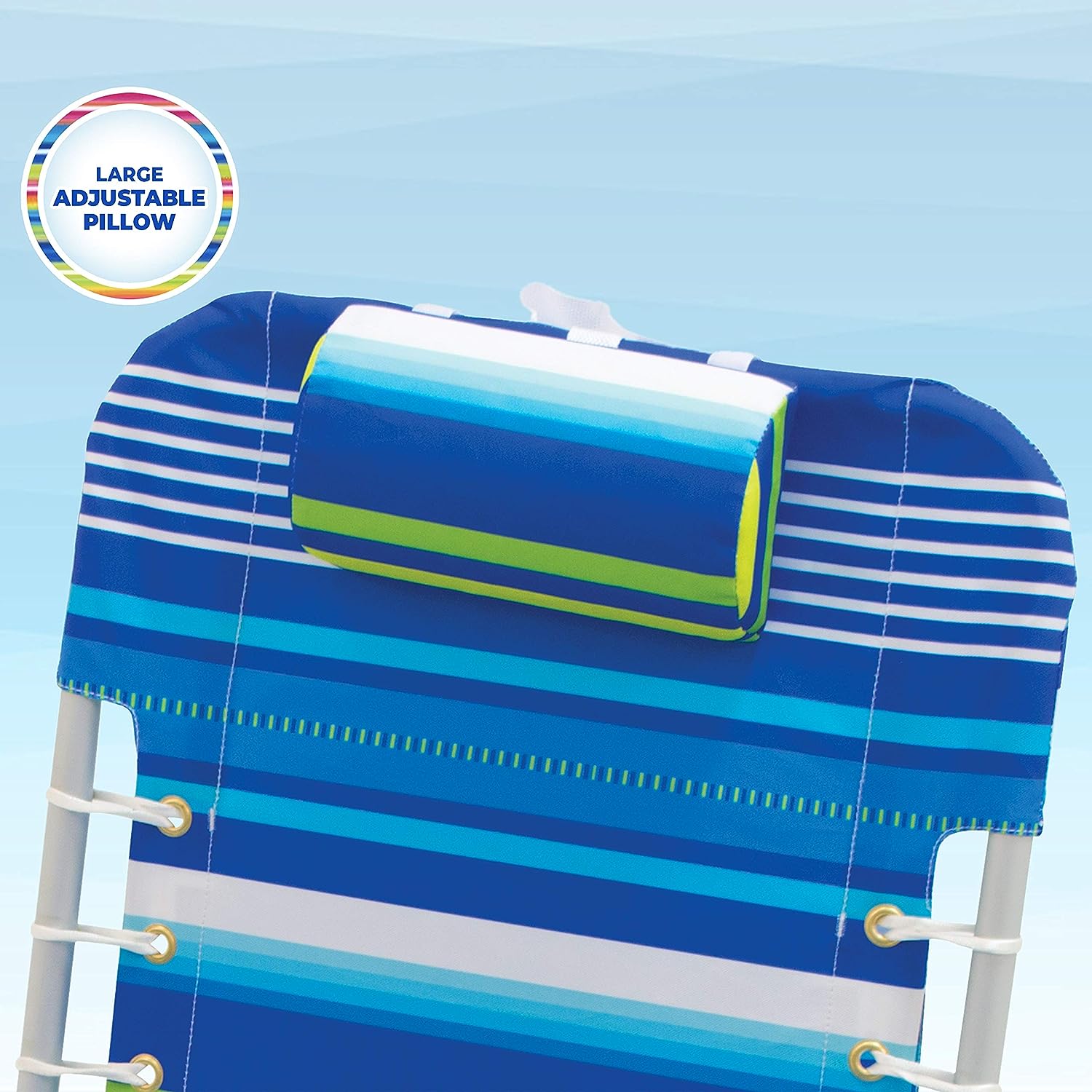 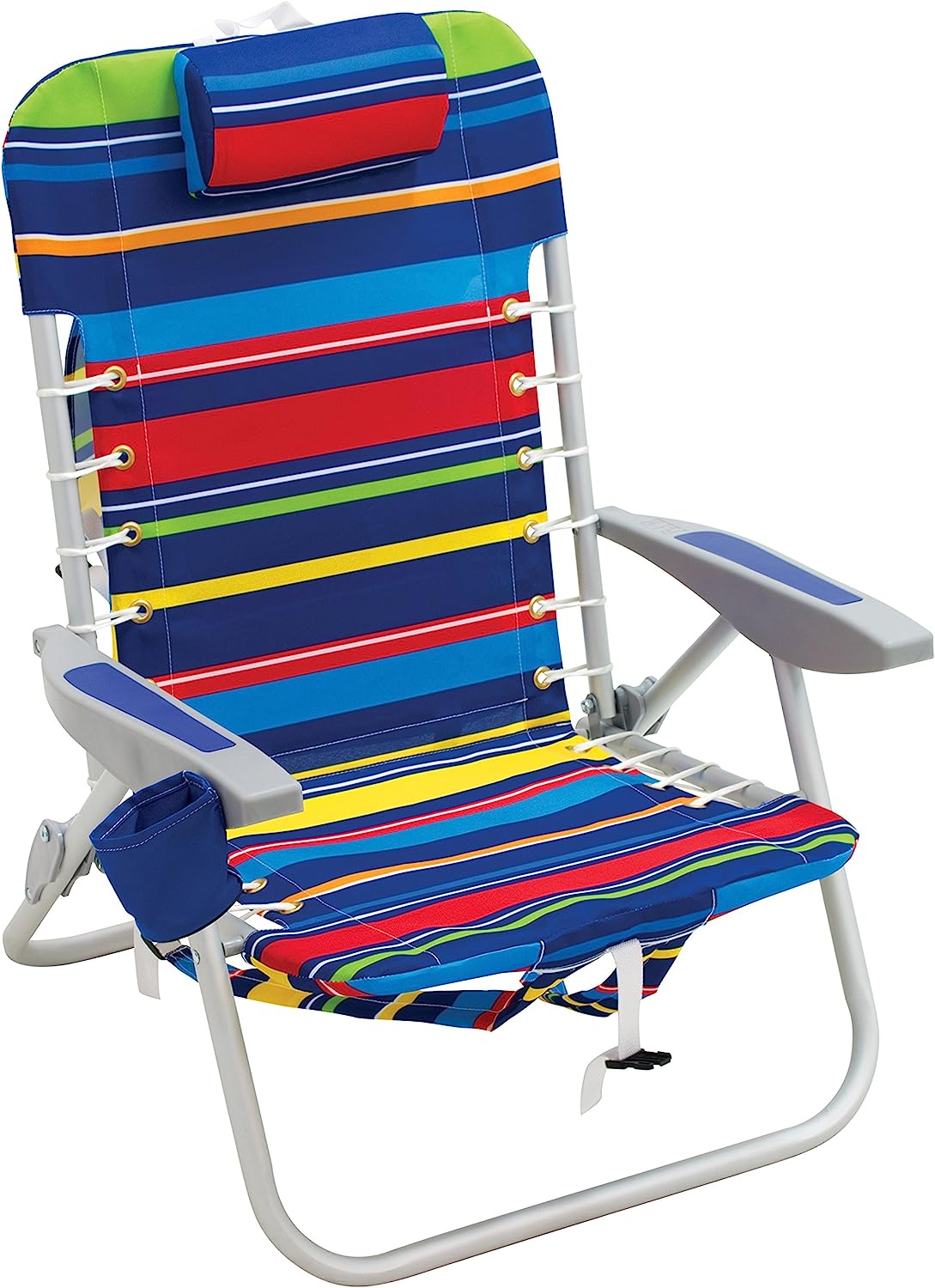 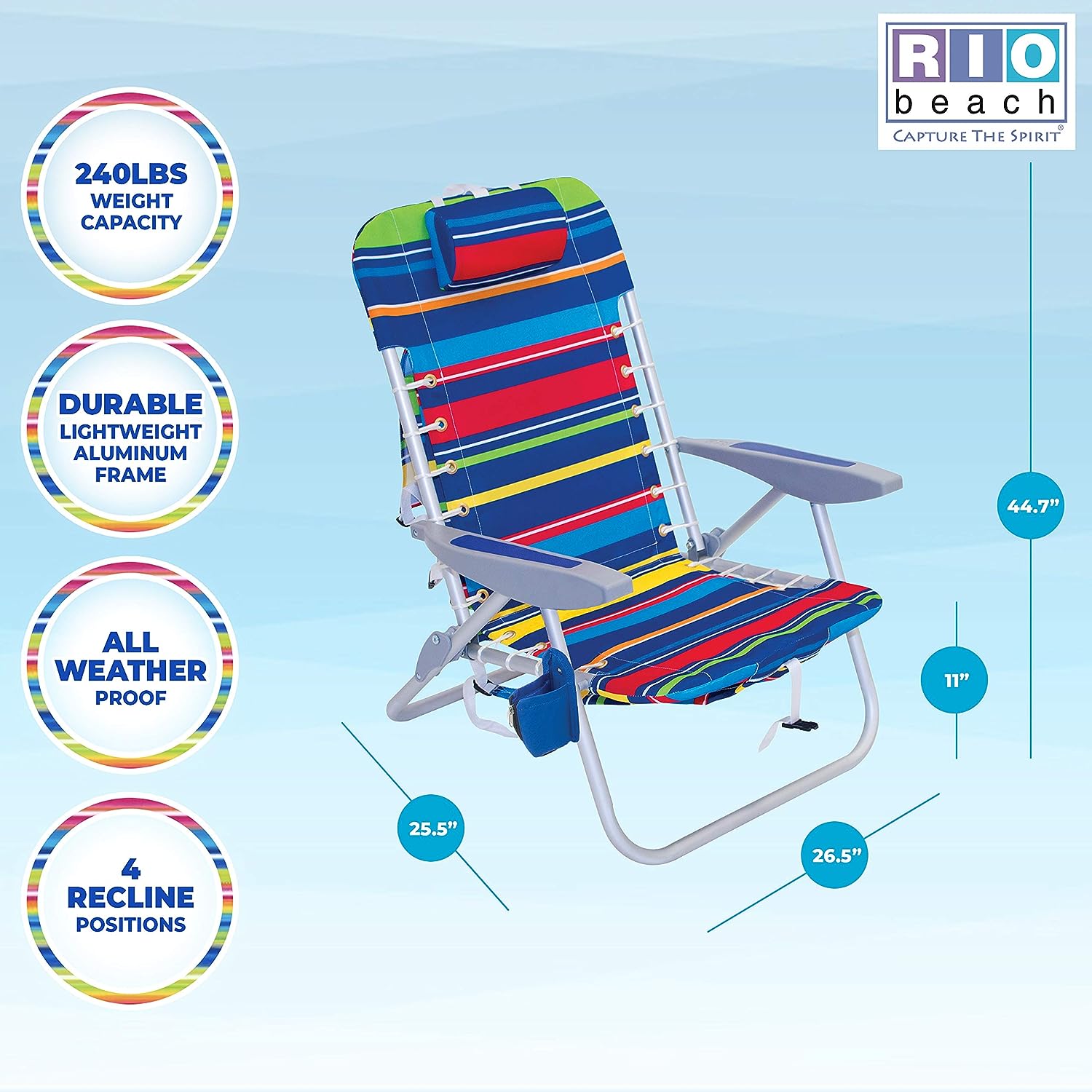 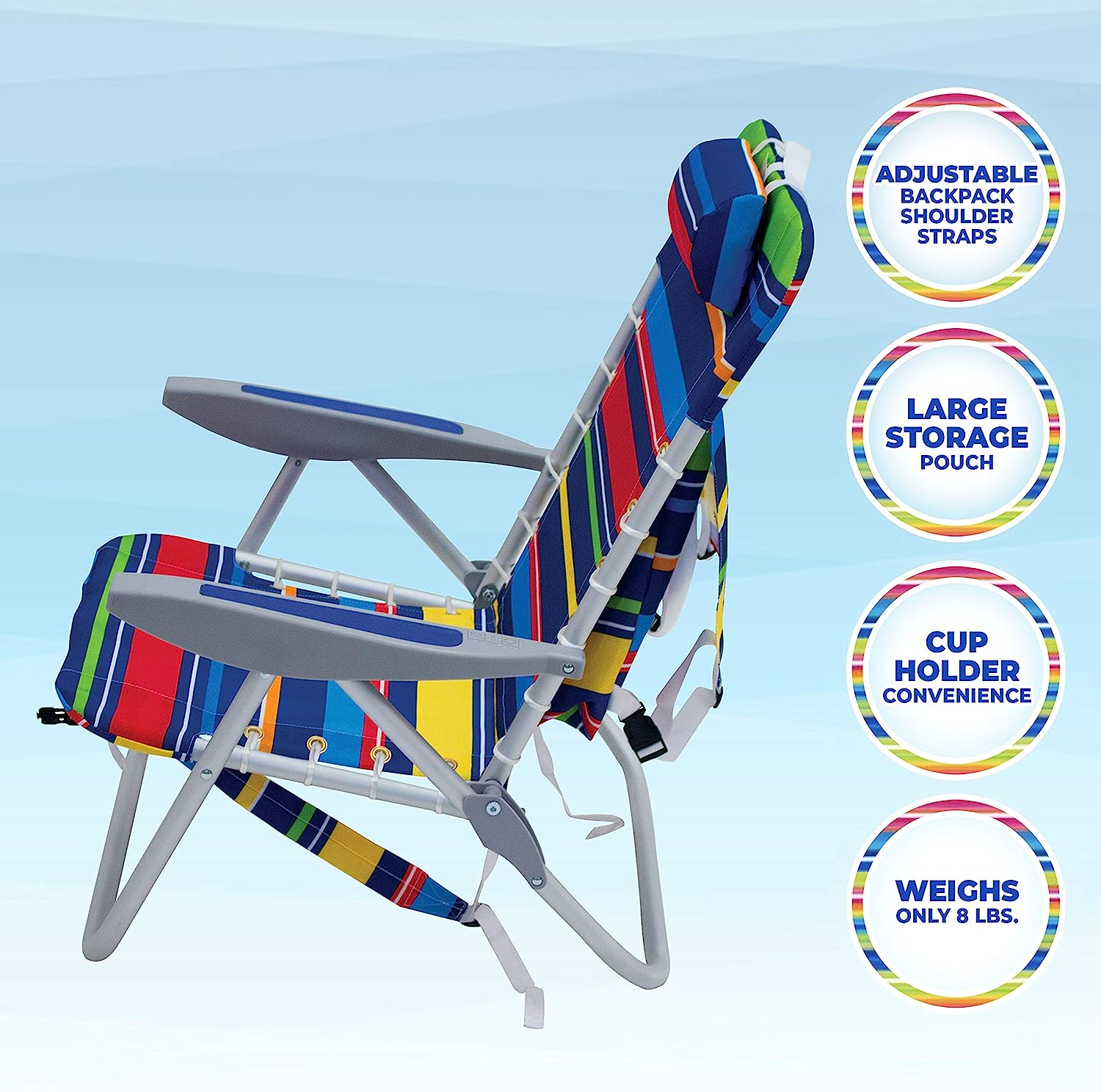 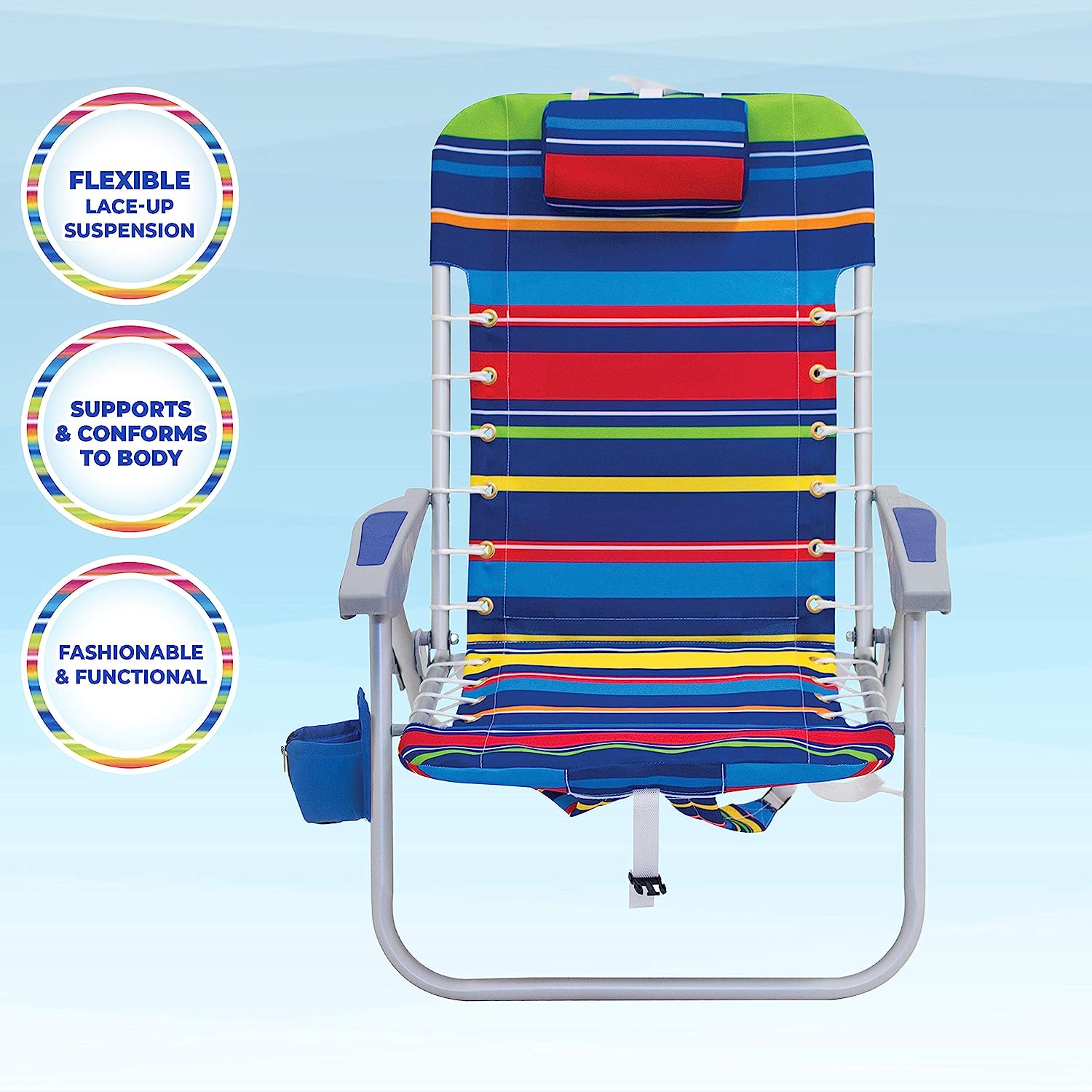 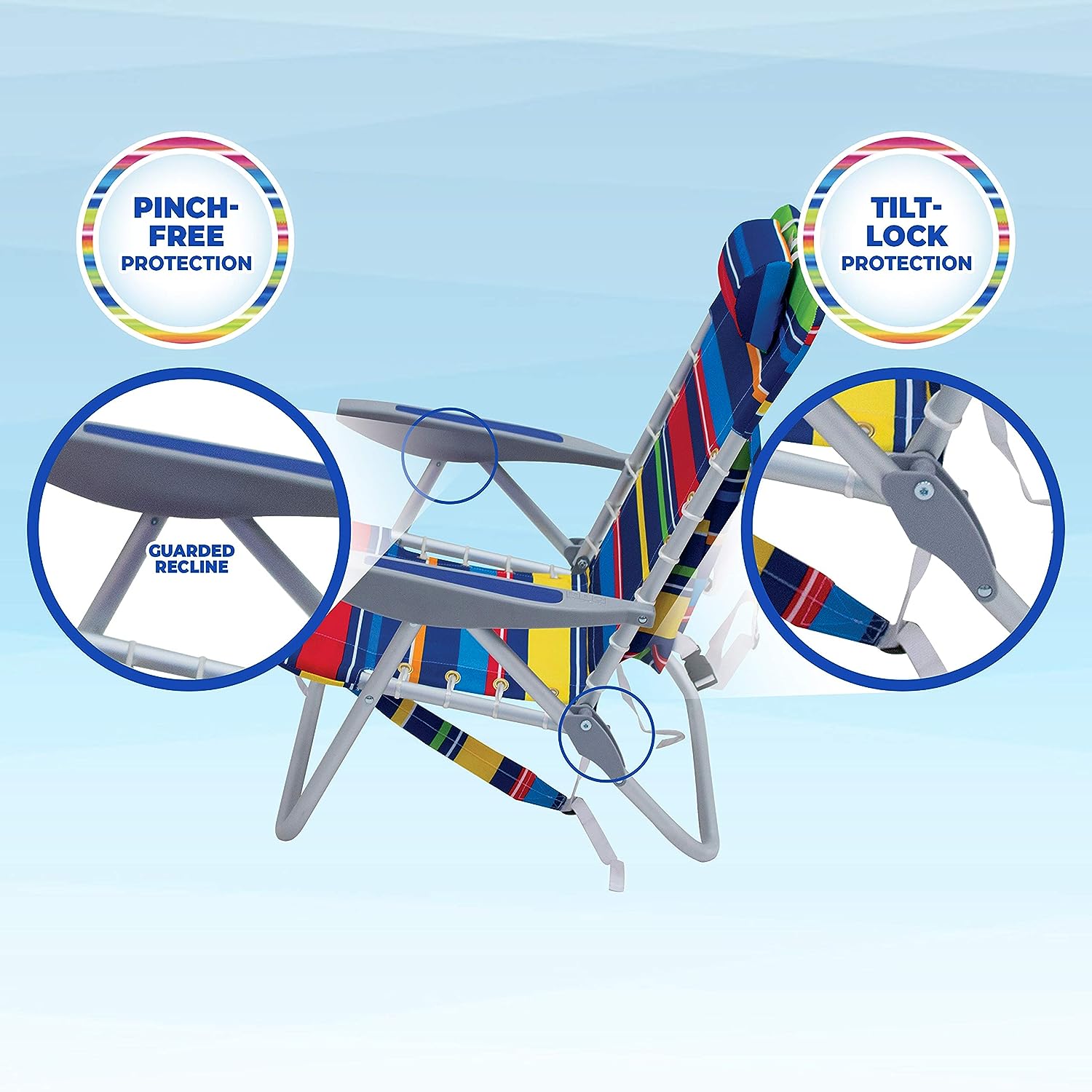 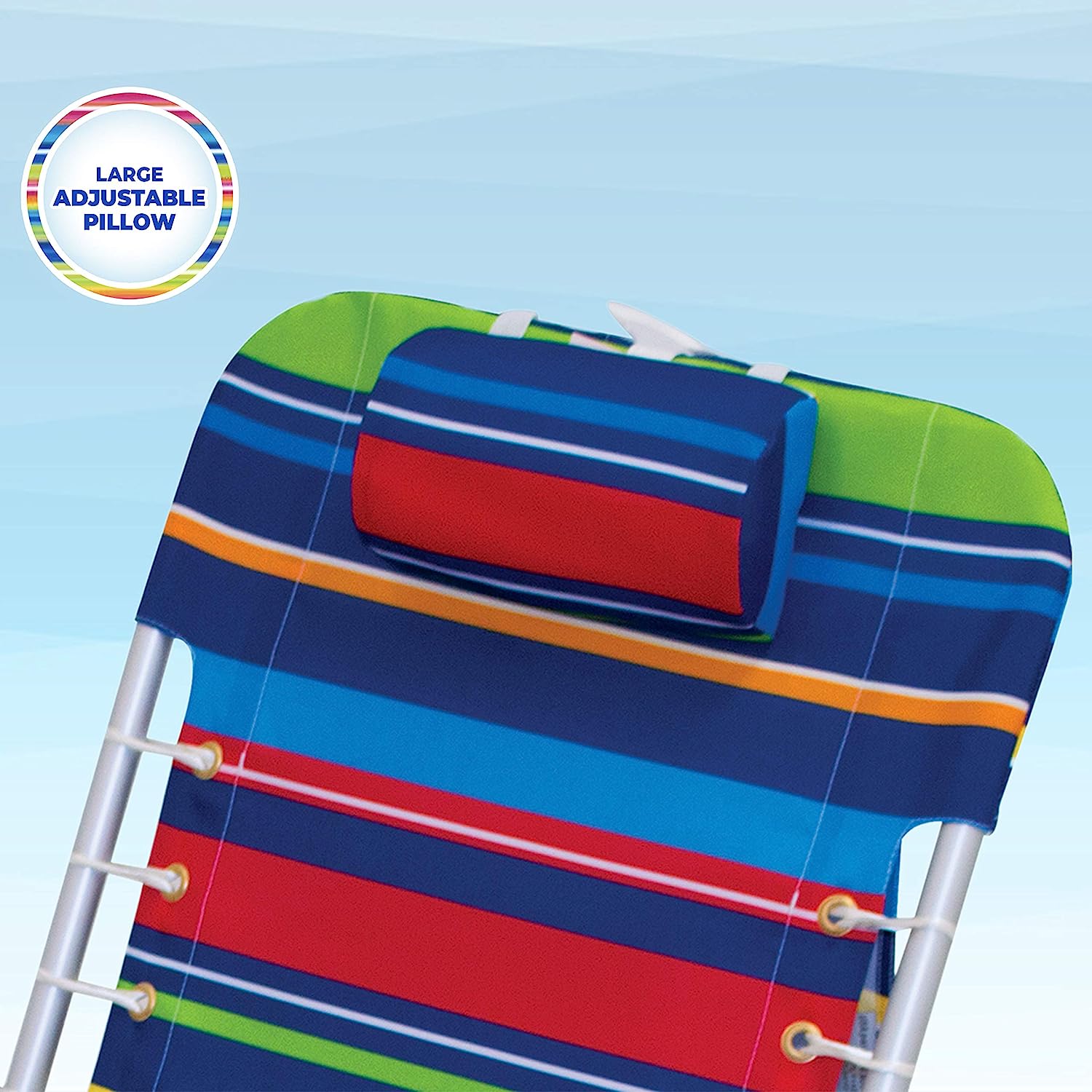 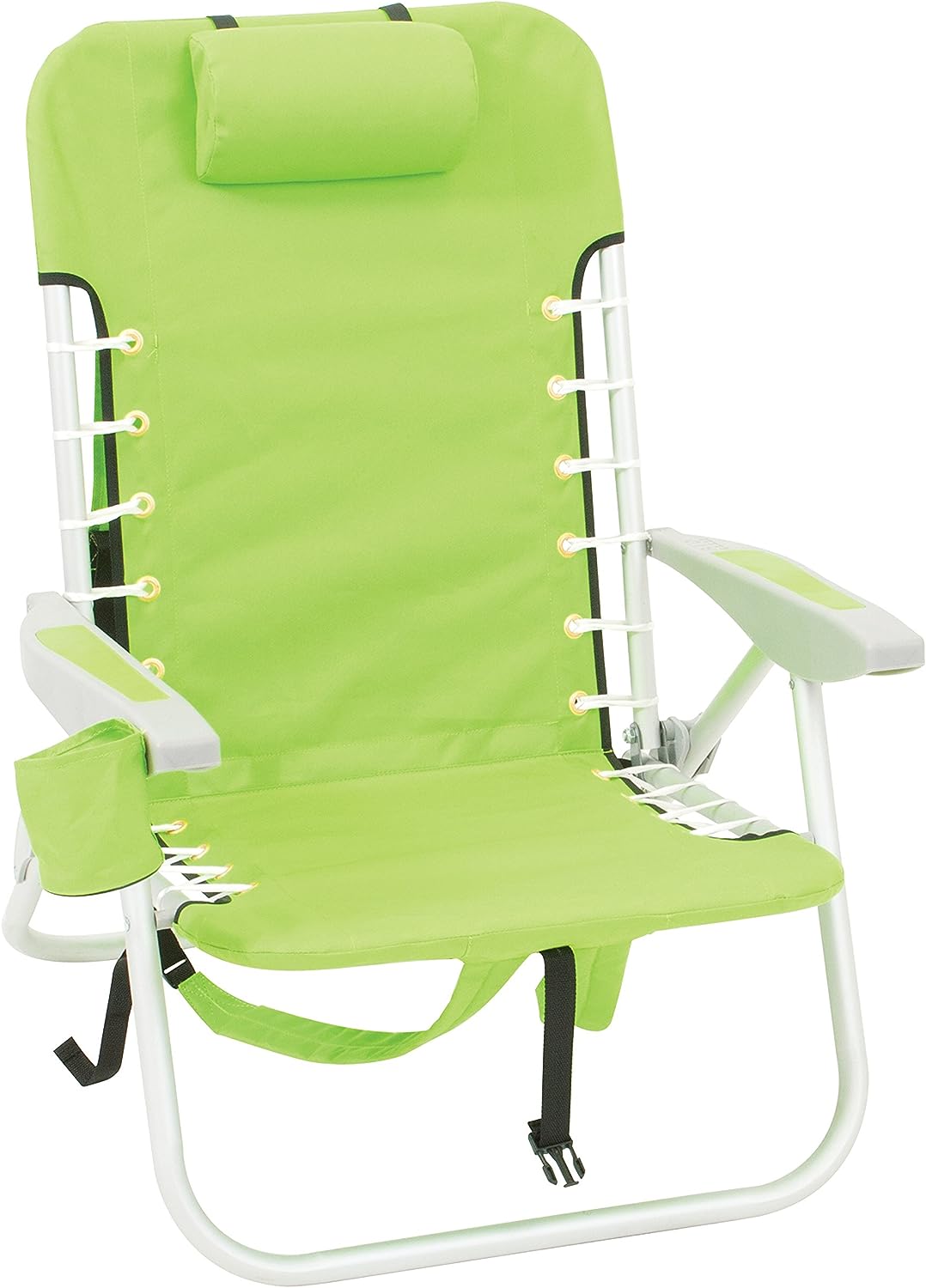 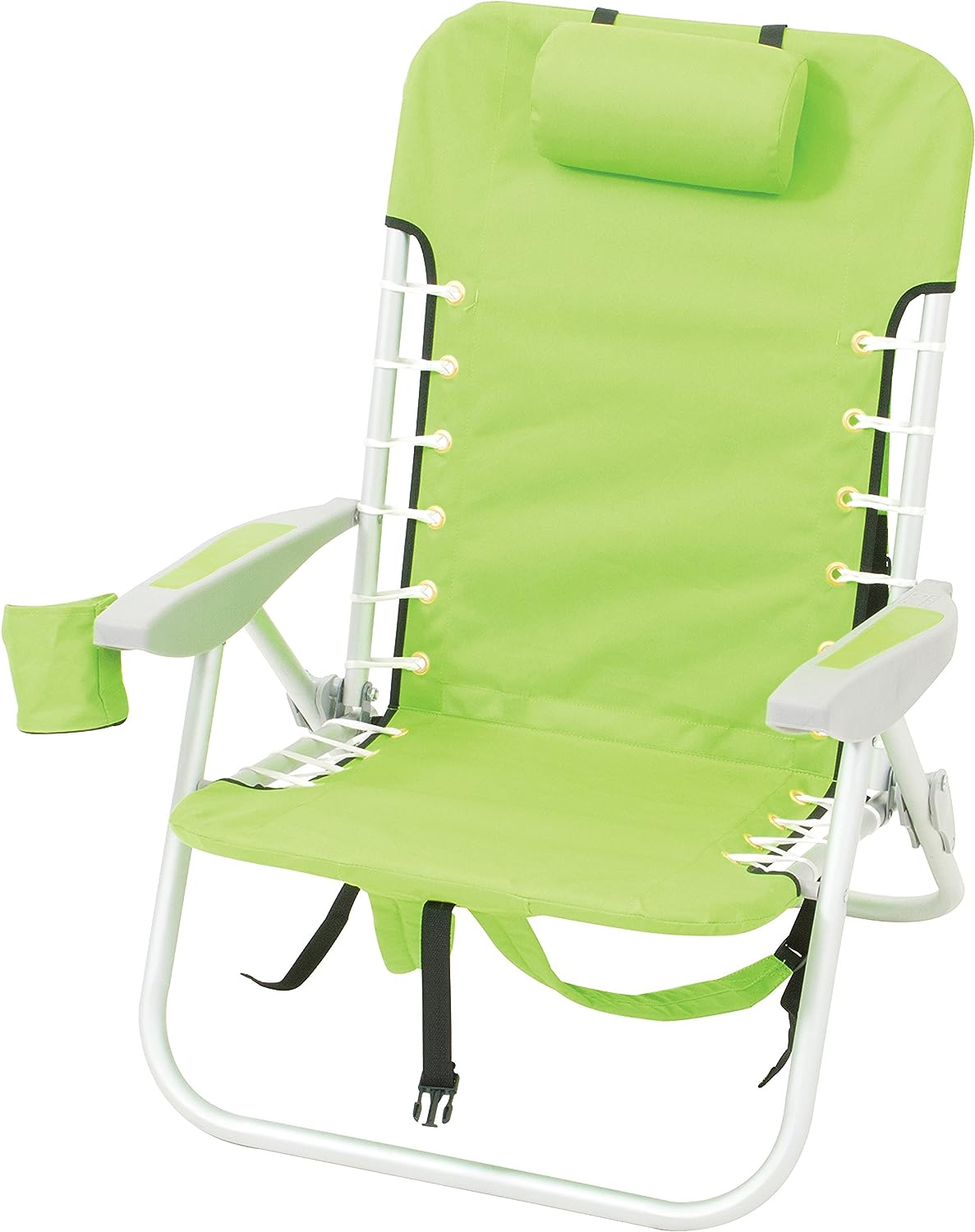