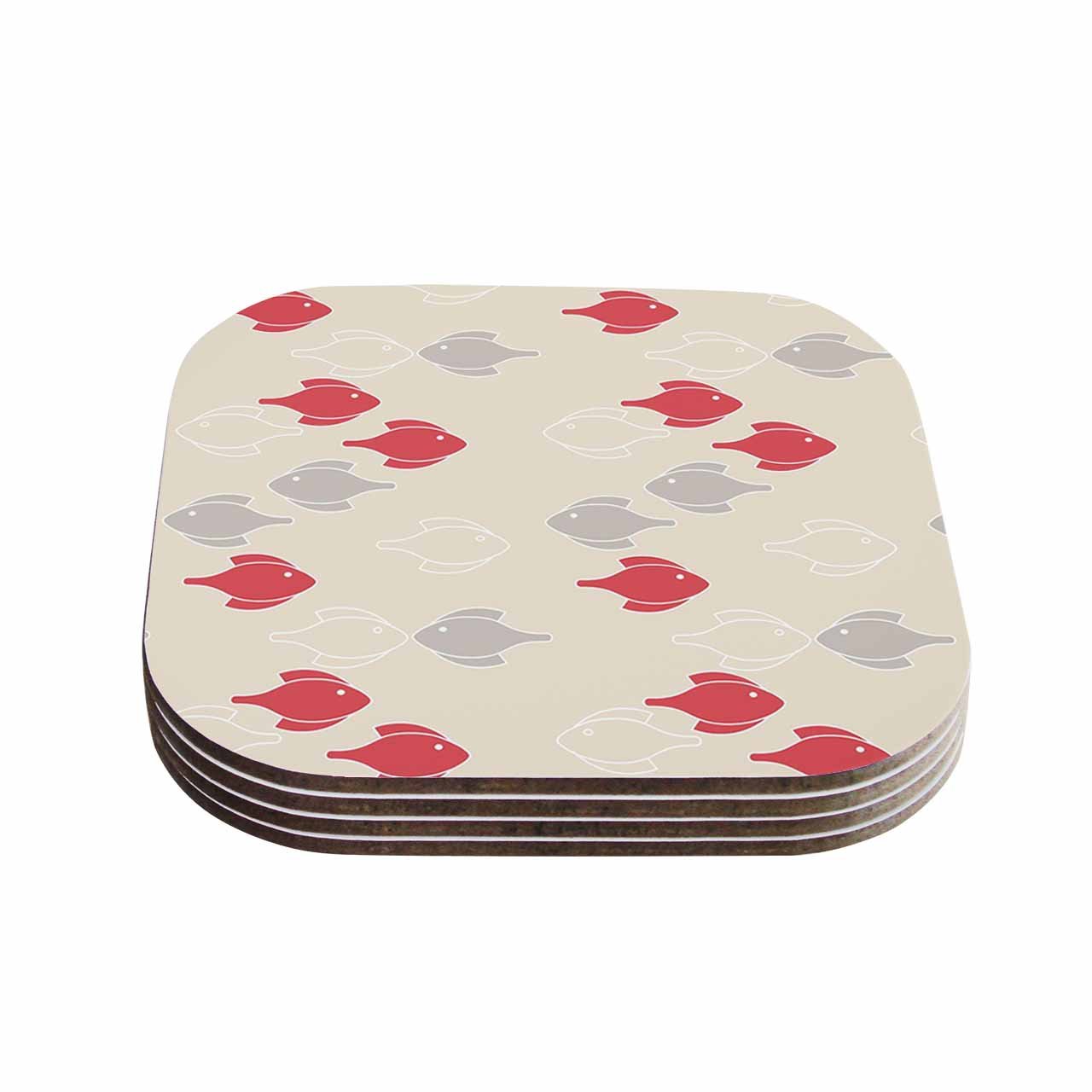 Now you can drink in style with this KESS InHouse coaster set. This set of 4 coasters are made from a durable compressed wood material to endure daily use with a printed gloss seal that protects the artwork so you don't have to worry about your drink sweating and ruining the art. Give your guests something to ooo and ahhh over every time they pick up their drink. Perfect for gifts, weddings, showers, birthdays and just around the house, these KESS InHouse coasters will be the talk of any and all cocktail parties you throw. At KESS InHouse, we see home decor as a chance to add art to the home and to bring together a collaborative community of artists. Whether it's on the couch, in the kitchen or hanging from a wall, we believe that art enriches our lives and we want to support the artists who make it possible. For this reason, a percentage of every KESS InHouse sale goes back to the artist who created the design. We pride ourselves on the quality and integrity of our company and home decor line. KESS InHouse believes artists should be rewarded for their creativity, imagination, and ability to transform a blank surface into something remarkable.