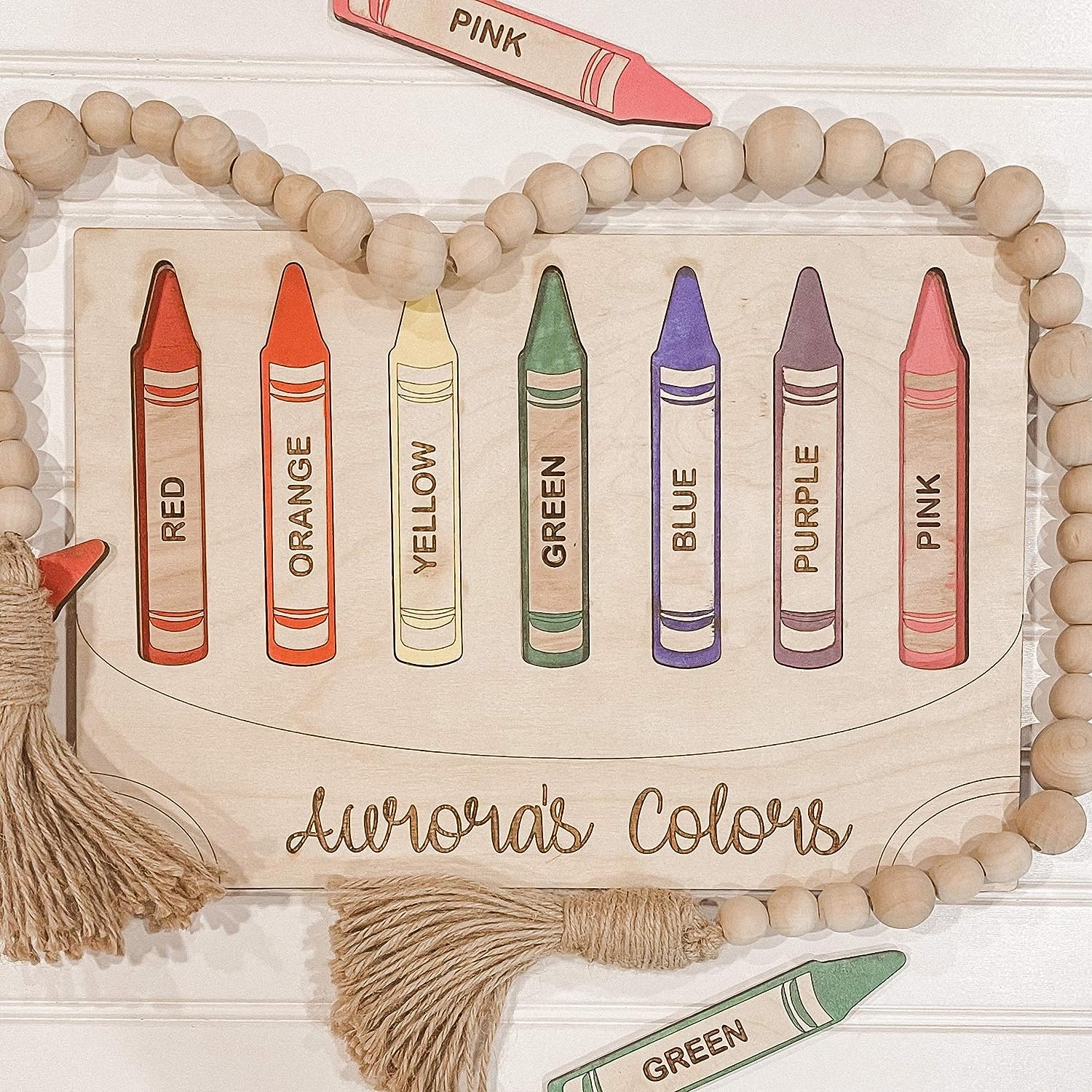 ♡ Personalized Color Puzzle ♡ Personalized, eco-friendly baby gift idea for Birthday, Christmas, and any other day of the year. As a Mother, I know that “love” is the most important component in the development of Your child under 5 years old. Mom, love, and time together are all they need. But also, I know how difficult it is to invent a new game every time, to make it interesting. Based on this, we have developed an educational toy with which You can express your feelings. ♡ POSSIBILITIES OF COLOR PUZZLES ♡ Learning while playing is the best way to start teaching your kid. The color puzzles are a simple and nice toys that helps your child to develop motor skills, color & shape recognition. Learning the colors helps him to recognize the world better. ♡ ABOUT OUR PUZZLES ♡ ☆ Made with birch plywood and water-based ink, our puzzles are absolutely eco-friendly and safe for kids. ☆ We have found an ideal size, now there are light, lasting, and easily usable. Their length 17 inches The puzzle width is 12 inches. ☆ The technique of playing with a color puzzle is inspired by the Montessori technique. Our puzzle can give your child possibilities to learn without your involvement. But still - use every time to form friendships with your kids. ♡ CUSTOMIZATION ♡ ☆You have the primary colors, or you can send us a message with the colors that you would like to have. ☆You can send the name to add the engraving to the puzzle. ♡ HAVE ANY QUESTIONS? ♡ If you got a damaged product - contact us. We are ready to return your full price for bad quality. Remember, that we don’t own delivery services and can’t control this process. So, if you have trouble with the time of shipping - check if your product was sent correctly. If all were sent in time - the problem is from the part of the delivery service. 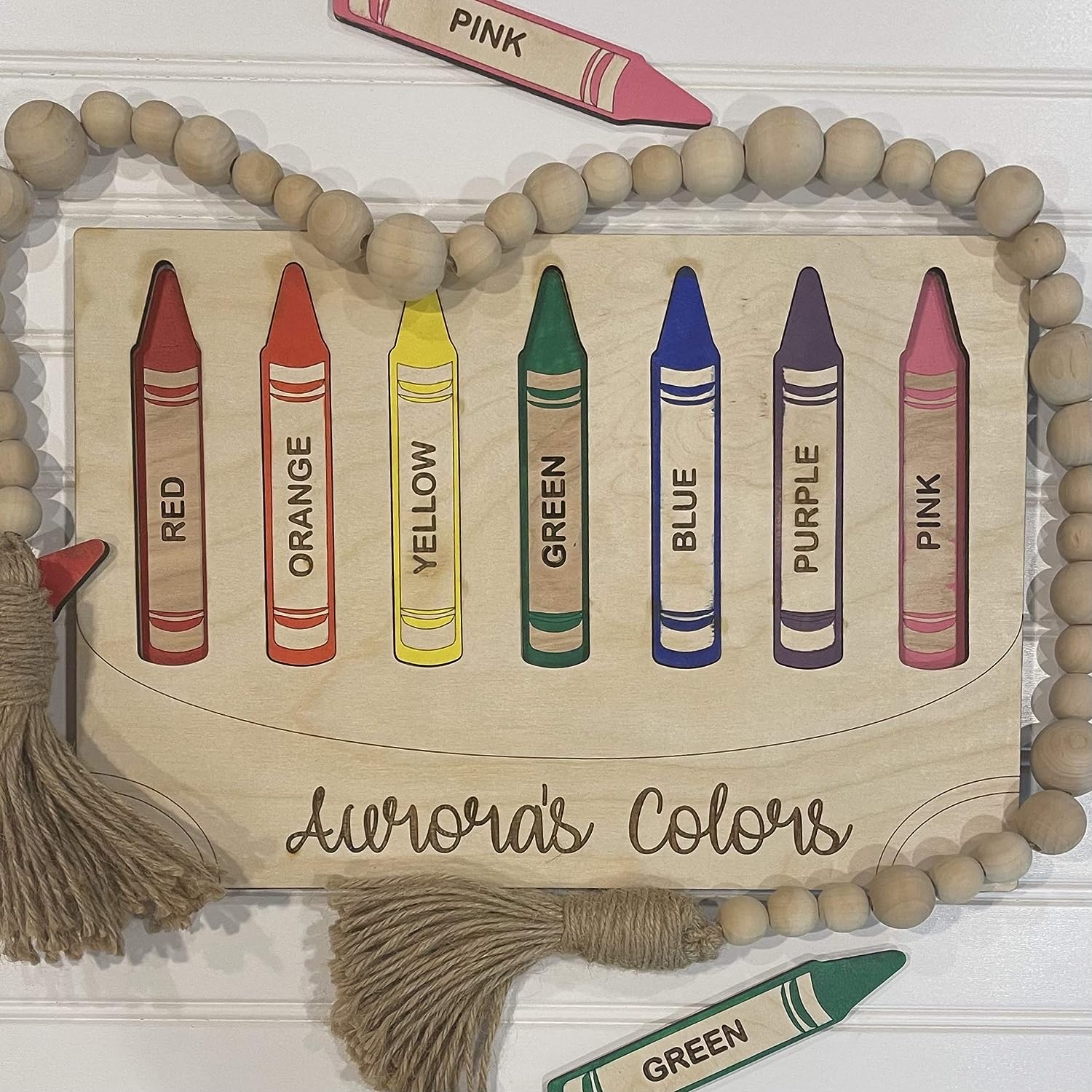