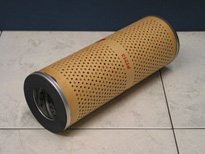 Killer Filter products put quality above the rest. Our USA made filters and parts use only the highest quality material available in the market and are manufactured to the highest standards.

Each Filter is guaranteed to meet or surpass the original equipment manufacture specifications.

All items marked "Replacement" or "Equivalent" are not affiliated with the original manufacture where names and part numbers are for cross reference only.