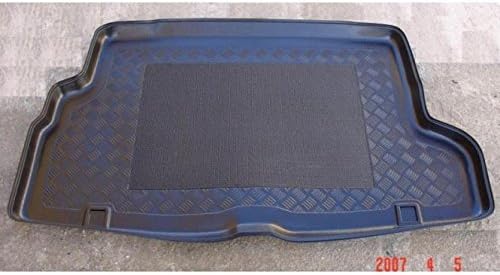 Trunkliner with anti-slip, suitable for Nissan Almera S/4 2002-. OPPL trunkliners are made from black, flexible plastic (LDPE ca. 1mm) and they are of a very high quality. They are ideal for transports which do not take place cleanly and they are cleaned again quickly.