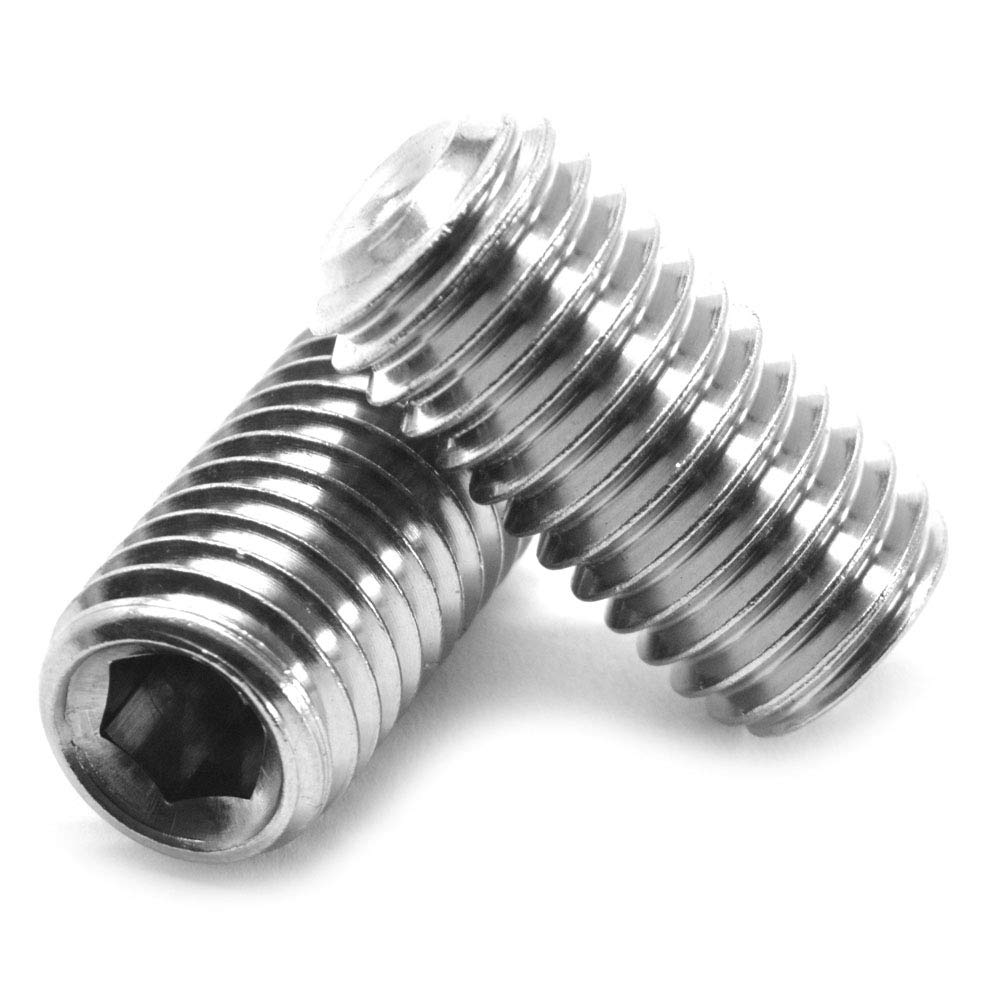 Socket set screws, or grub screws, are commonly used to secure pulleys to shafts, socket set screws are generally headless and rest flush with or below the surface of the application. Set screws come in a variety of different points, cup point being the most common.