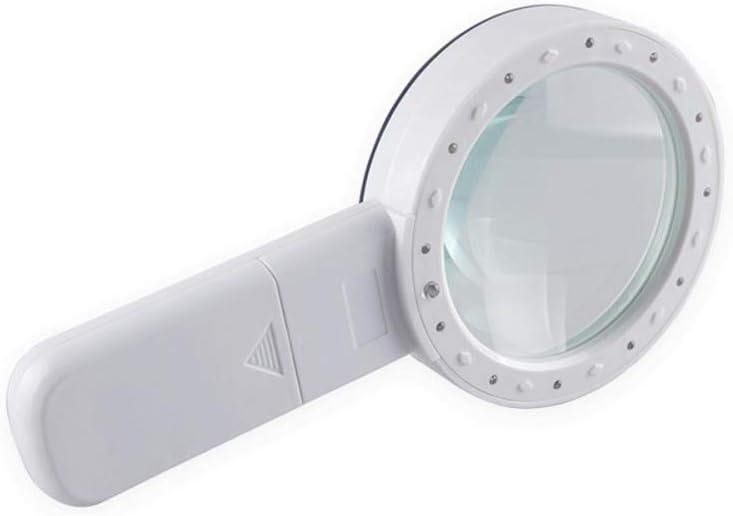 12 LED lights illuminate While You Magnify

Equipped with 12 energy-efficient LED lights built in the handle. The lights provide an evenly lit viewing area, perfect for nighttime book reading and use in low light applications. The lights run on 2 AA batteries, which can last for weeks.
Specifications: 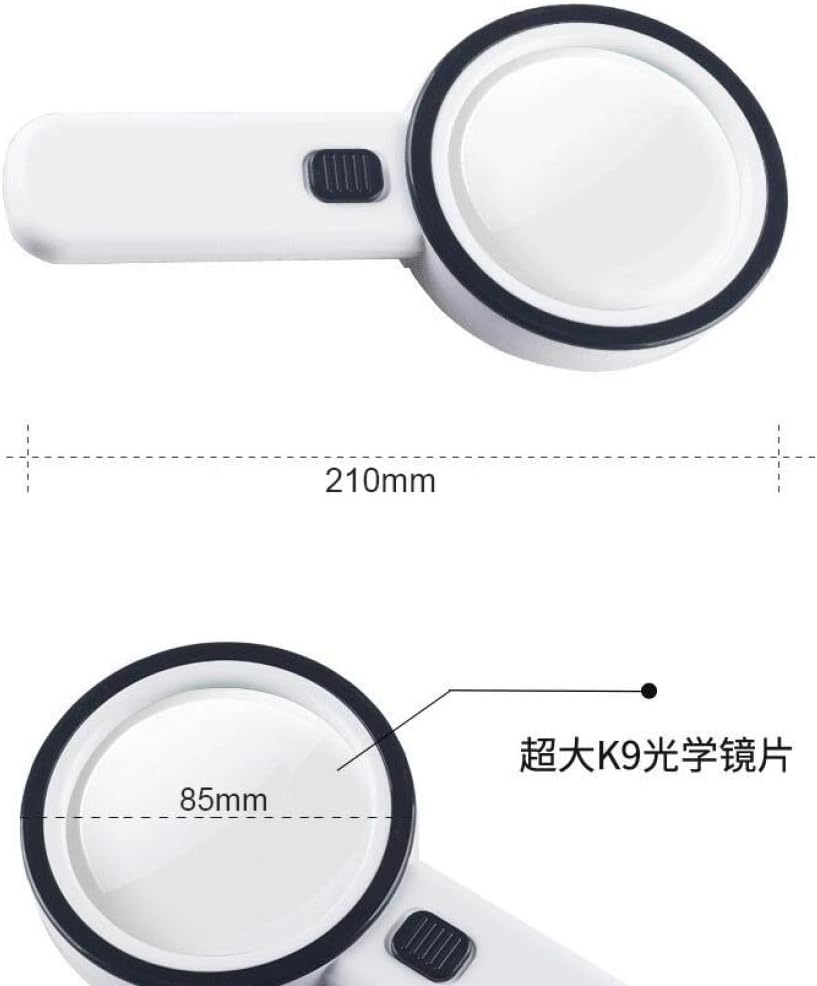 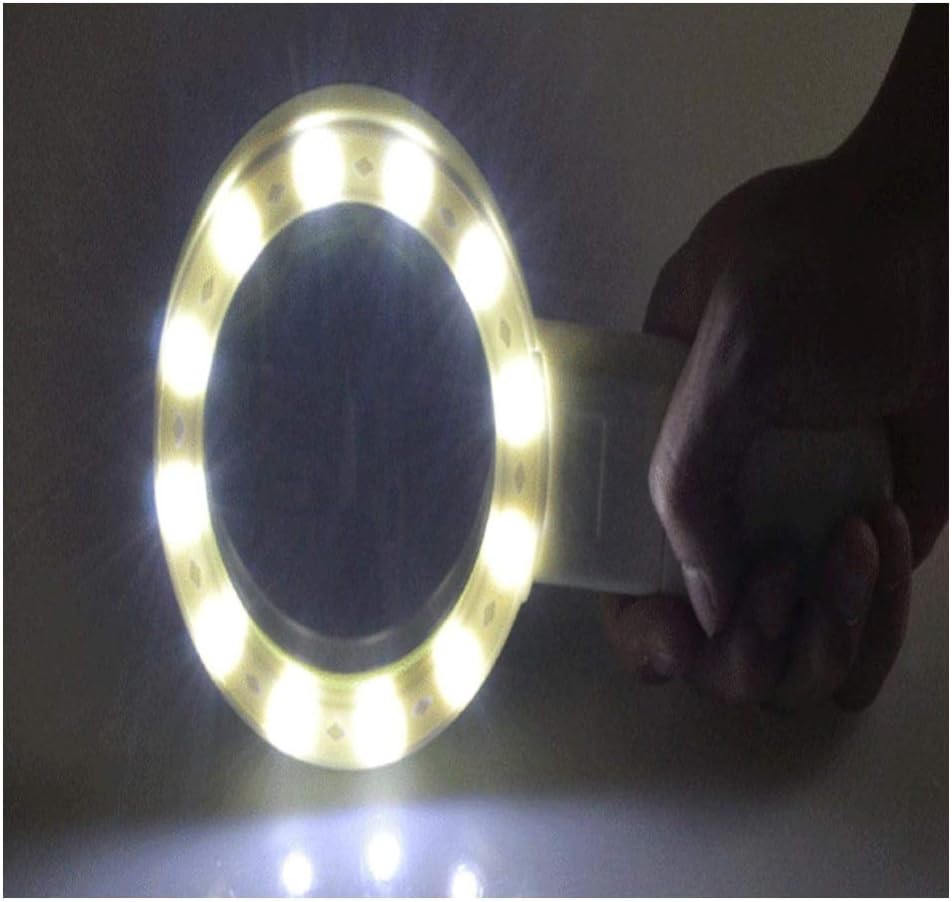 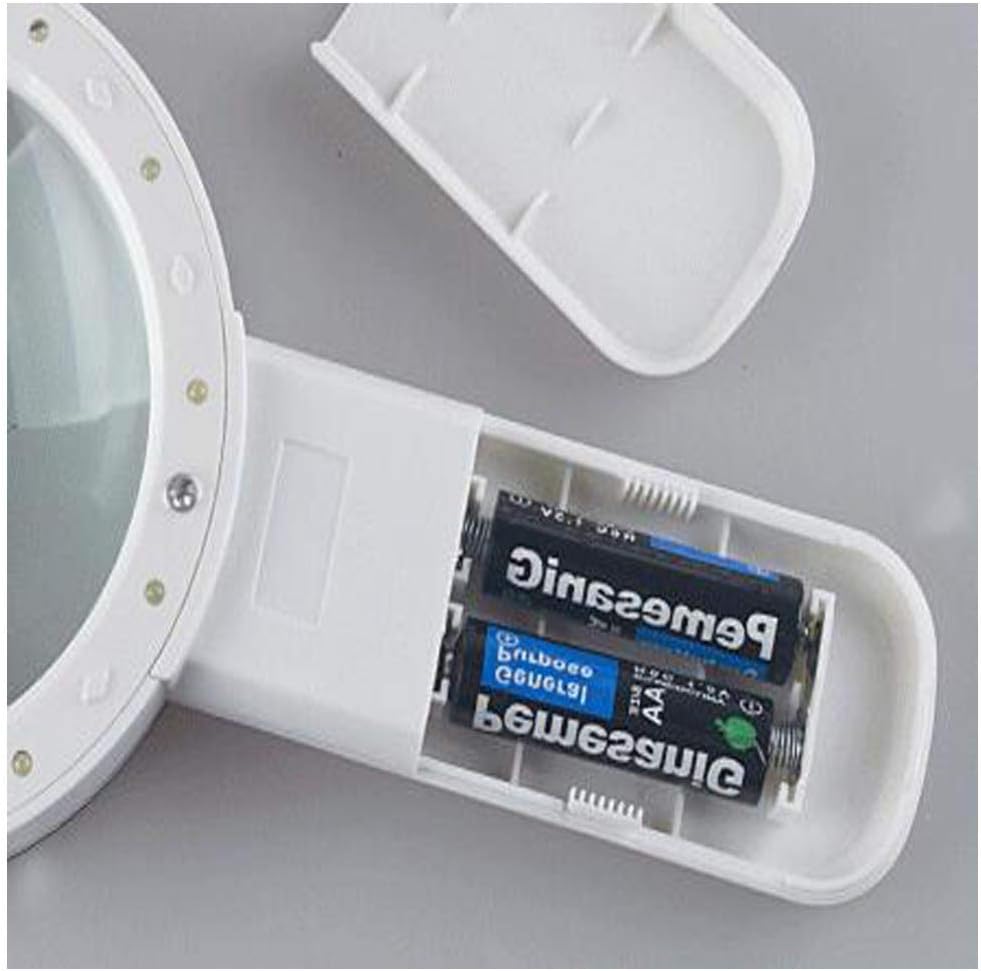 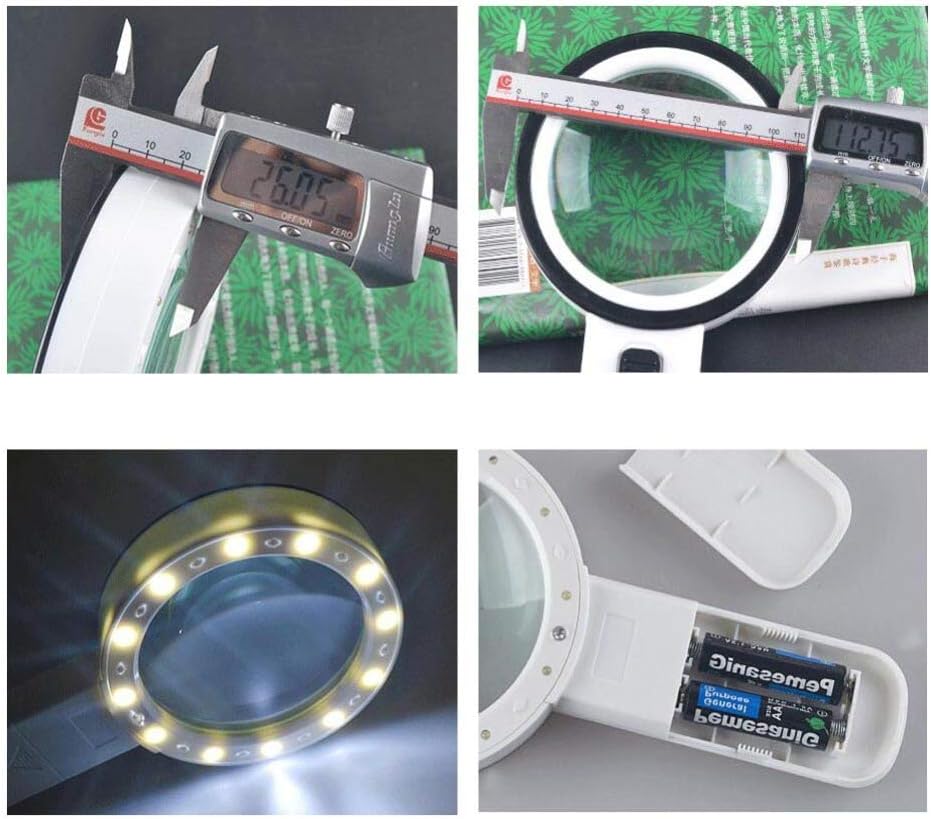 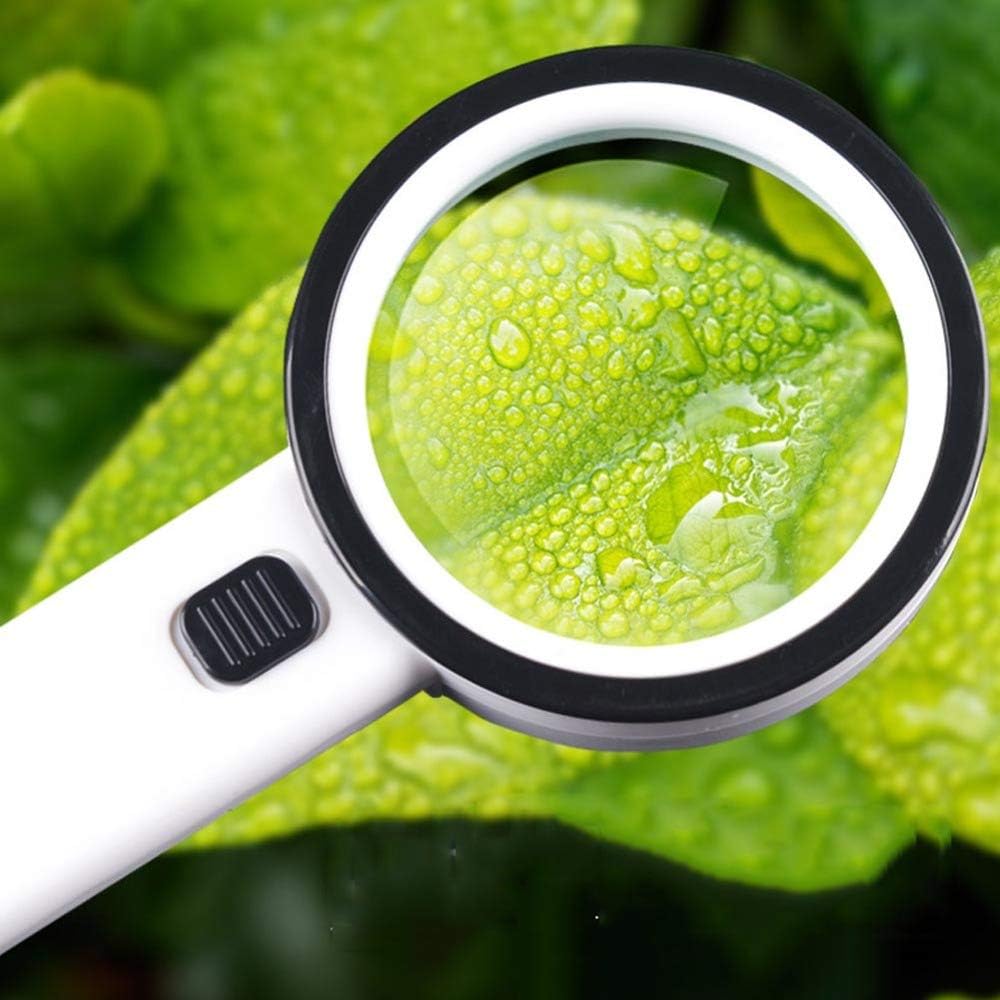 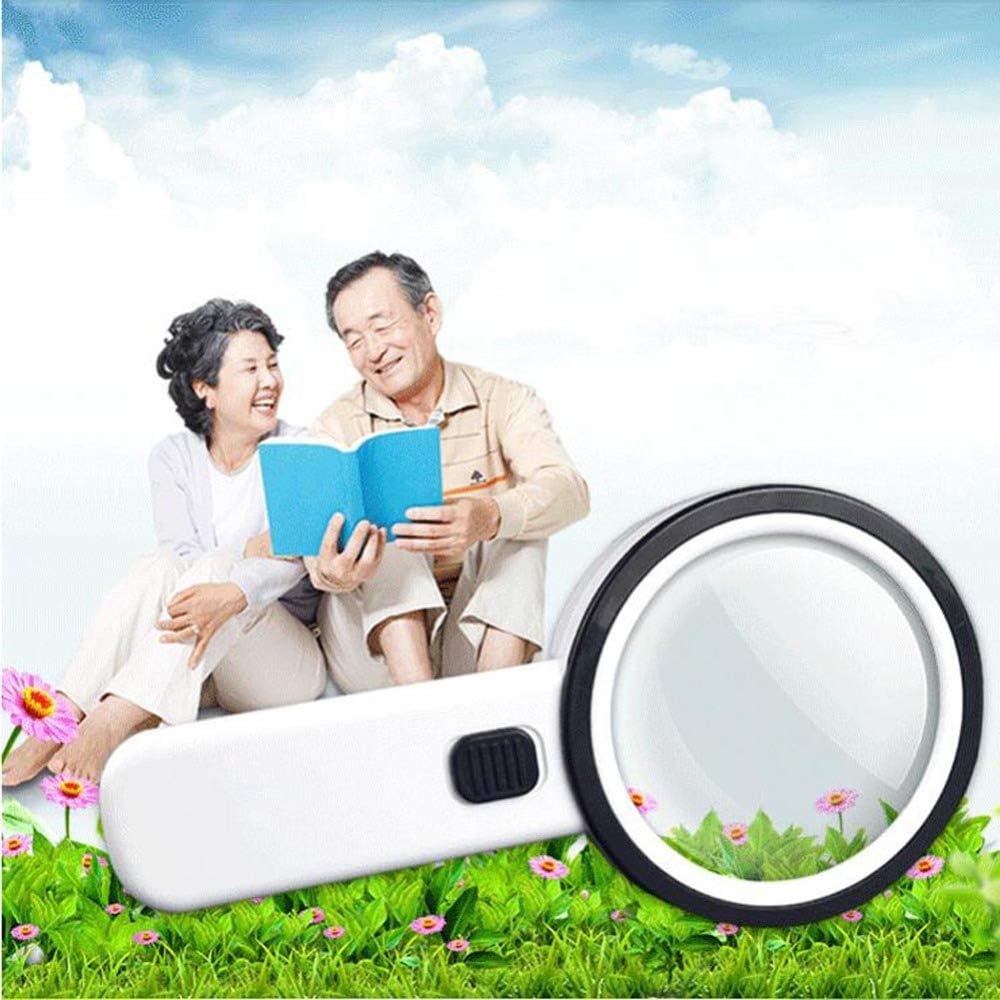