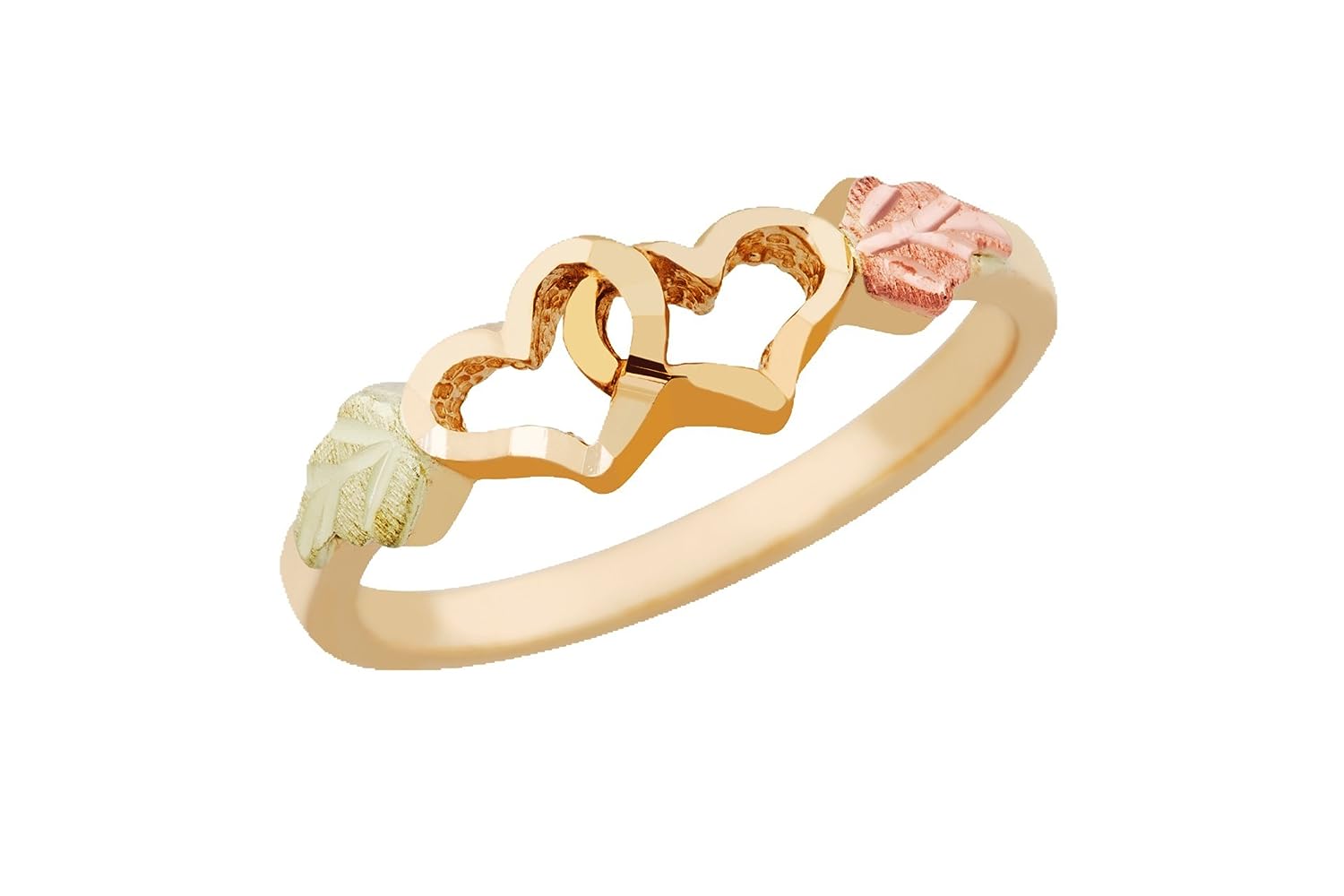 Gold Double Heart Ring, 10k gold Hearts with 12K Petite Hand-Engraved, Hand-Place, Satin Finished Rose & Green Gold Grape Leaves on a 10K gold shank. Designed just for you. Ring Measures 0.2" X 0.78" inches. Usually Ships in 2 to Days. (Half sizes ship 15+ Days) Certificate of Authenticity and Manufacturer’s Lifetime Warranty against Defects in Materials and Workmanship Included. Authentic get brighter and prettier the more it is worn. Do not use harsh Jewelry Cleaner, clean our Jewelry with a soft brush, mild soap and warm water.