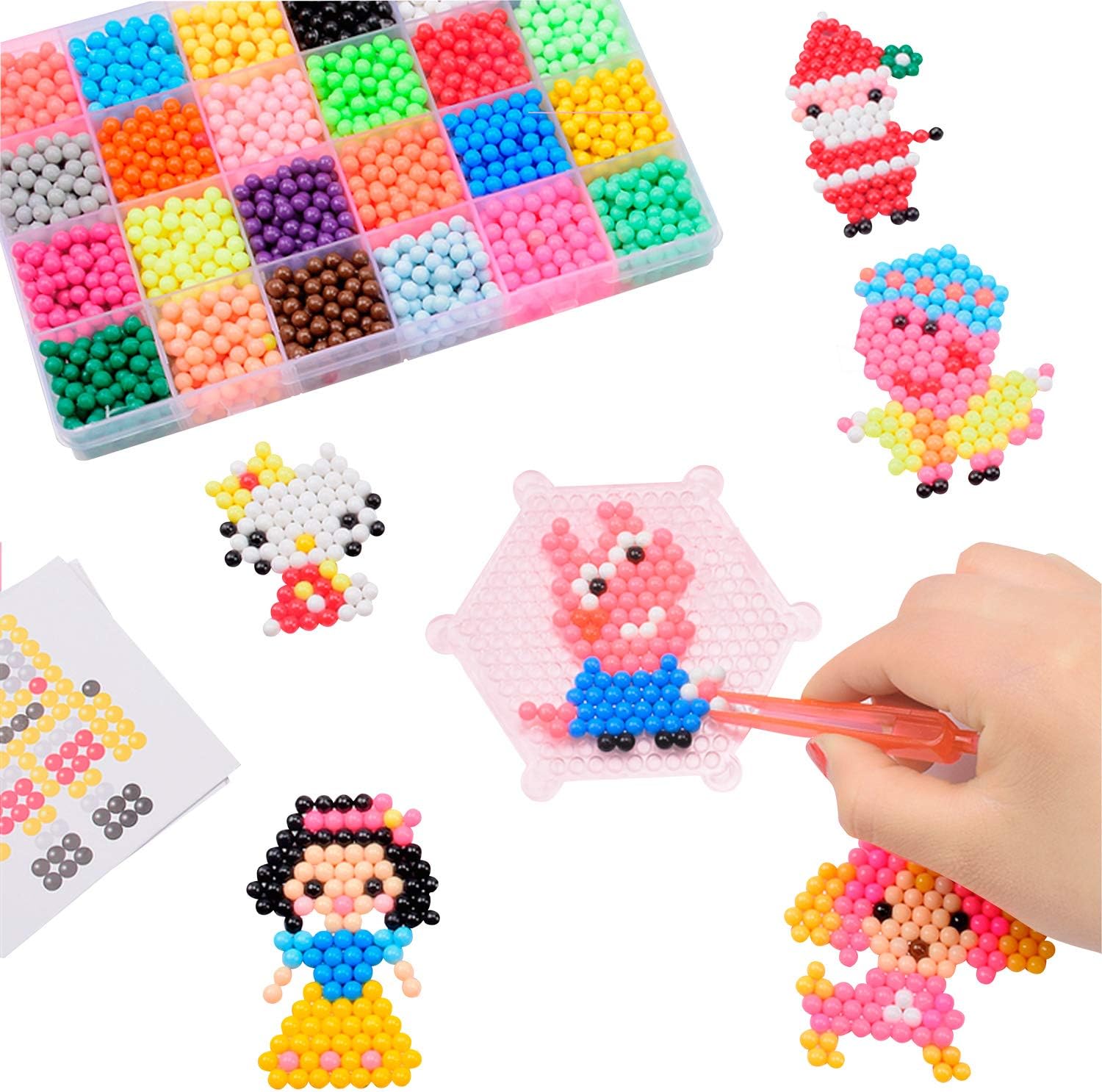 STEP 01
Select design card. Put the design on the model.
STEP 02
Spray the water on the model uniformity. Tilt the model, and outflow the surplus water.
STEP 03
Wait for 30-60min at normal temperature. P.S: Leave it to dry in the sun, or dry it with a heater.
STEP 04
Take it from the model with the shovel after finishing it. Don't take it if not dry!

Features:
There are enough beads and patterns for kids to design different artwork, which greatly stimulates your creativity and imagination.
Water fuse beads kit is a perfect party activity tools choice for children to enjoy hours of fun with these DIY crafts kits.
Also Great prize for home, daycare, schools and camps. Awesome festival & birthday gifts for boys and girls.
The fuse beads are made of high quality, eco-friendly and non-toxic material.
Multicolor craft bead set suitable for ages 5 and up. It’s completely safe and kid-friendly, no harm to health.
The kit also comes with detailed instruction for best use. Kids can make their designs with confidence.


Note: Summer and winter drying speeds are different) The time is different based on the water you add. 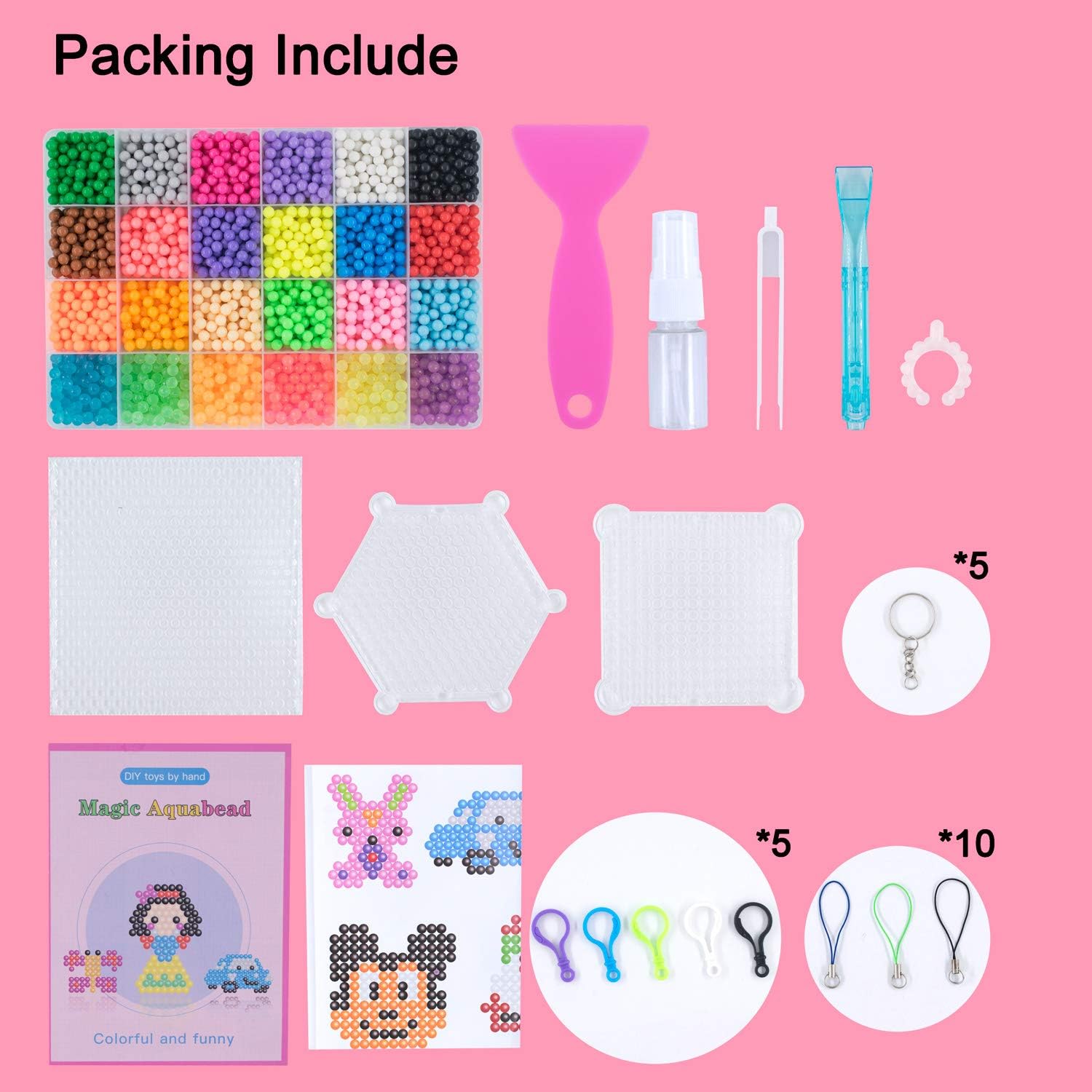 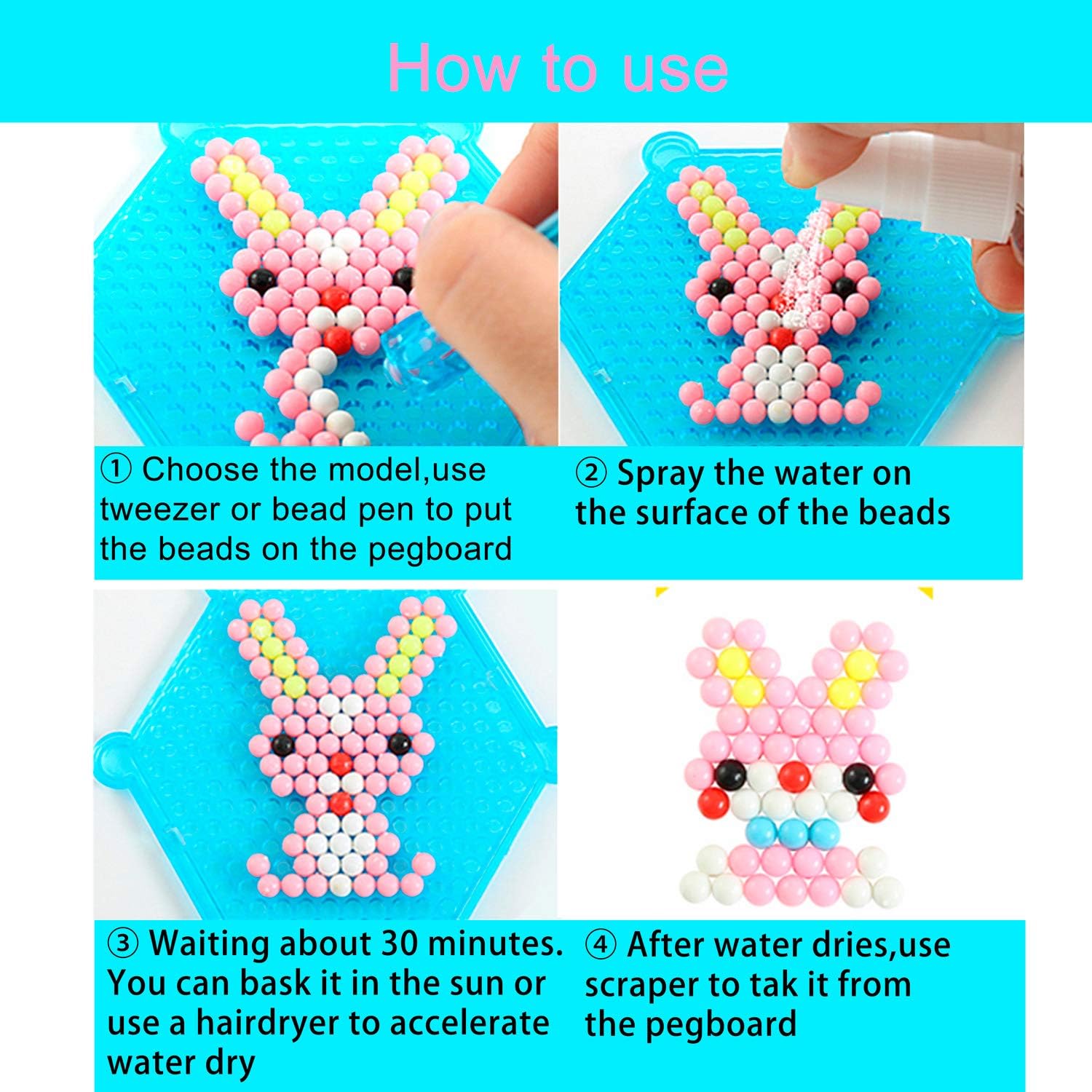 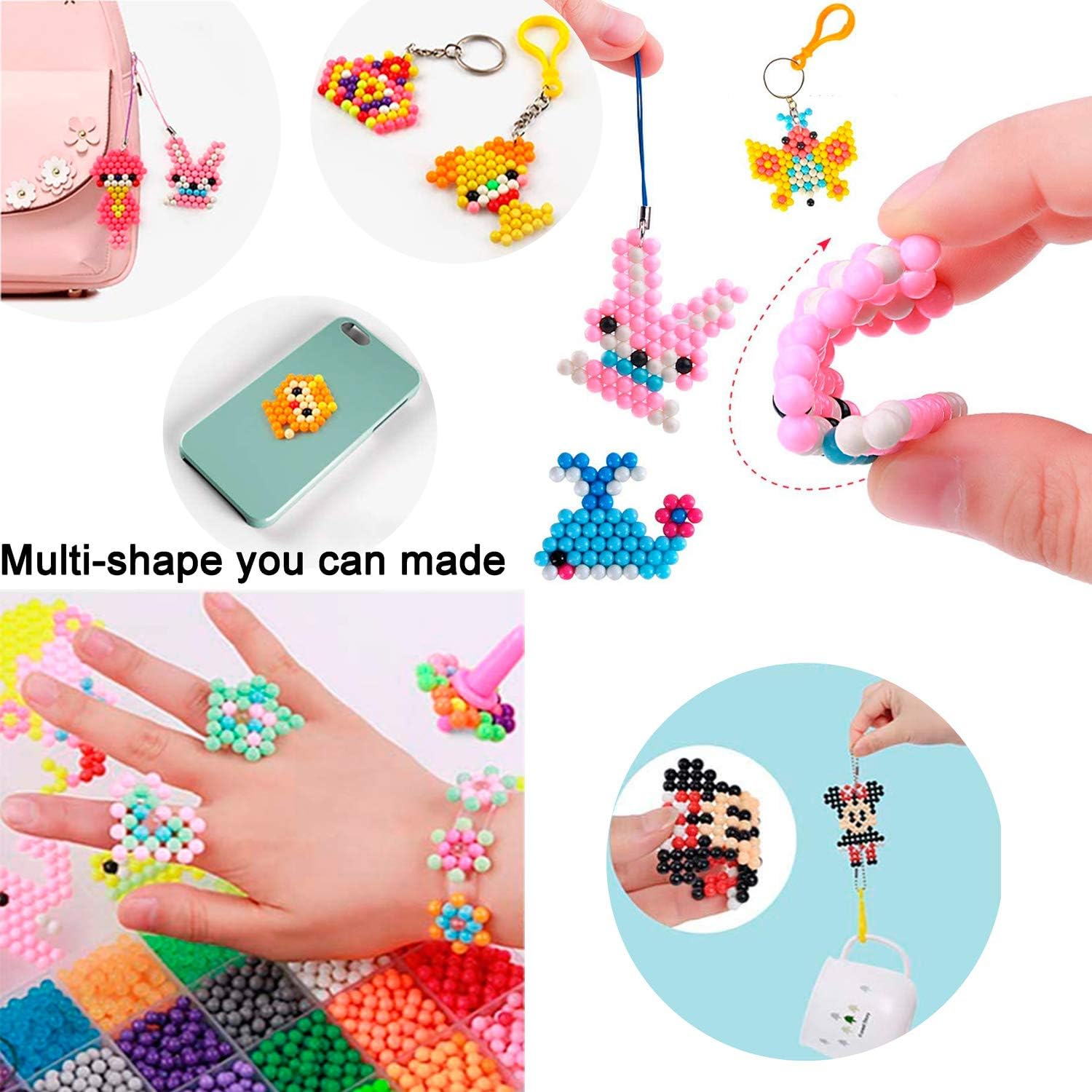 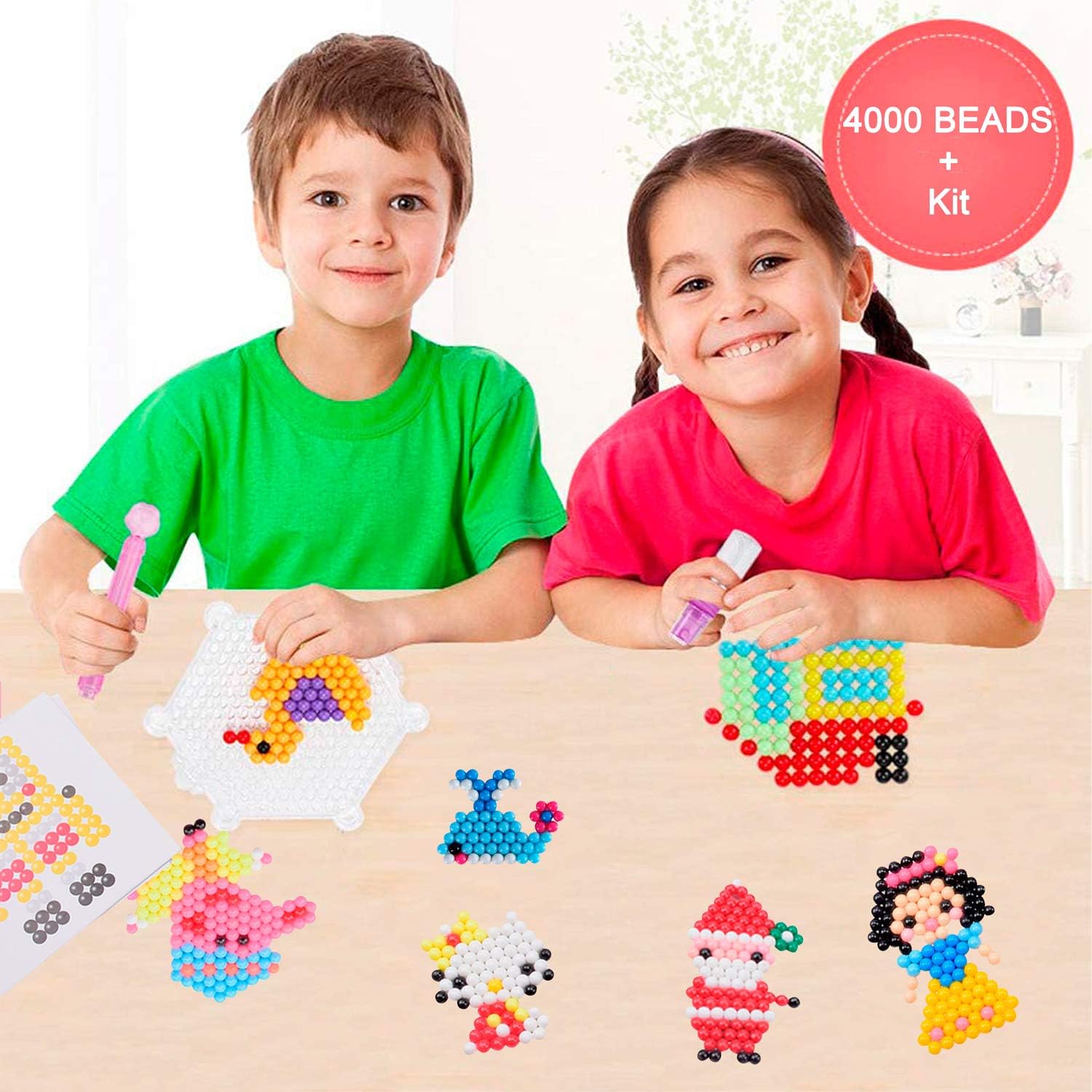 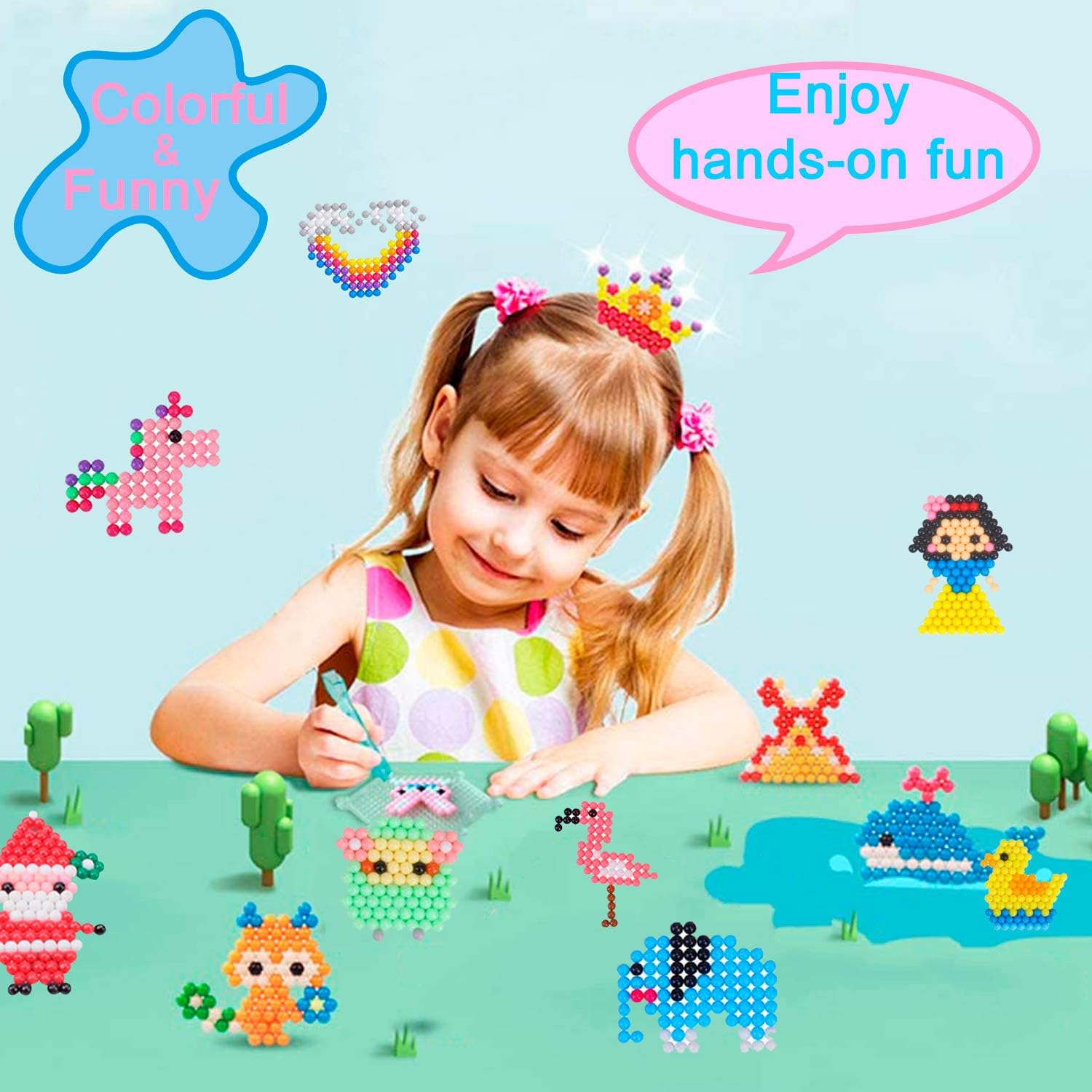