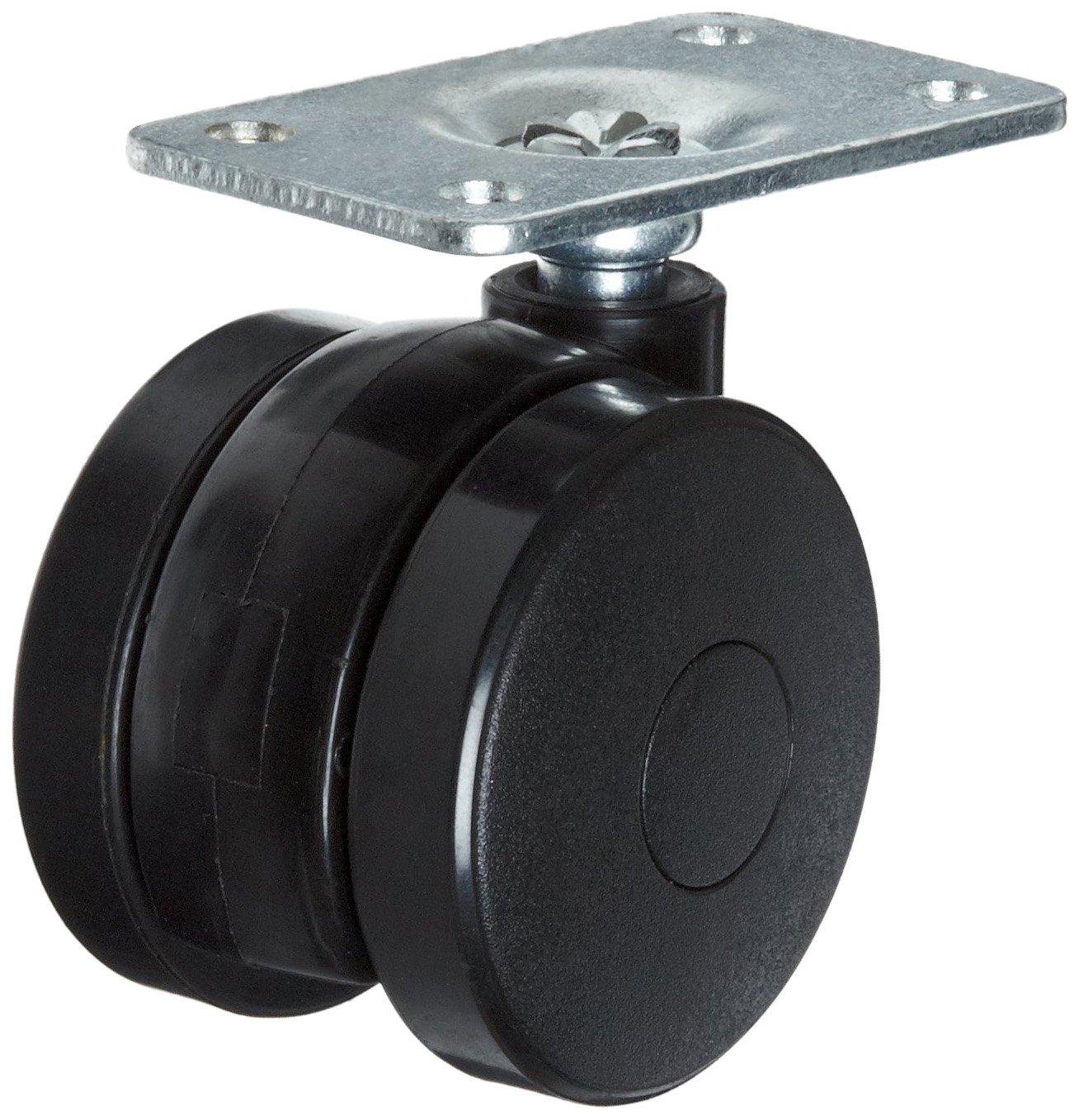 Plate casters are wheeled mechanisms used to support and maneuver objects such as carts, racks, and dollies. Plate casters are named for their mounting system: they have a flat plate, usually with four bolt holes, that forms the top of the caster and attaches to the object. Plate casters vary in their maneuverability. Some are rigid and only roll at a fixed angle, while other casters swivel to allow a 360-degree change in direction. Plate casters may have brakes, and swivel casters may have locks to set them to a fixed angle. Casters may have single or twin (dual) wheels made from a variety of materials. Generally, wheels with hard tread material have a higher load capacity and roll easier than soft tread wheels, which provide quieter operation and cushioning. Load capacity for plate casters is also affected by tread width and wheel diameter. Plate casters are used on furniture, carts, shelving, appliances, scrap bins, production dollies, and utility trucks for material handling applications in a variety of industries.